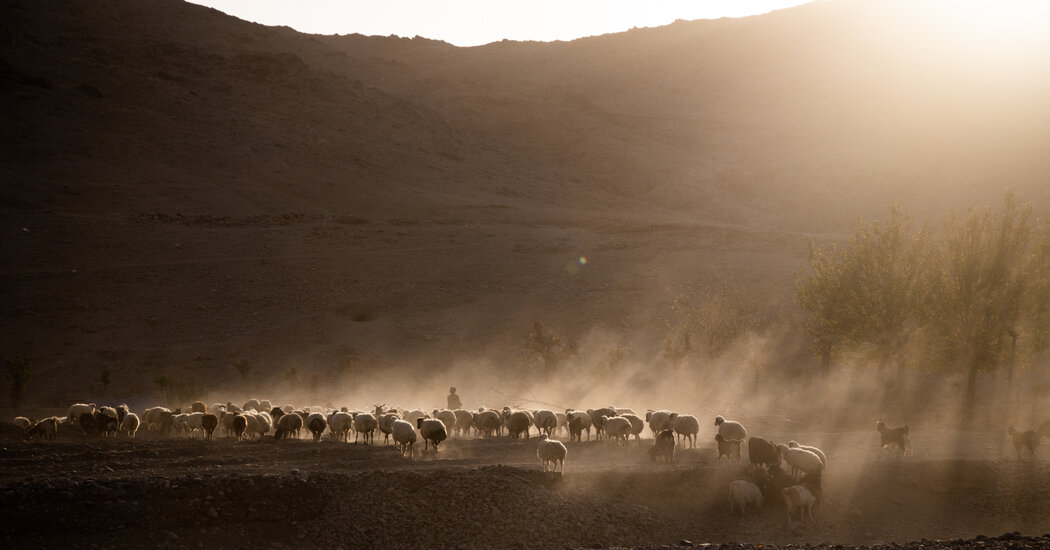 KANDAHAR, Afghanistan — For decades, roughly a thousand families called the low-slung mud-walled neighborhood of Firqa home. Some moved in during the 1990s civil war, while others were provided housing under the previous government.

Soon after the Taliban takeover on Aug. 15, the new government told them all to get out.

Ghullam Farooq, 40, sat in the darkness of his shop in Firqa last month, describing how armed Taliban fighters came at night, expelling him at gunpoint from his home in the community, a neighborhood of Kandahar city in southern Afghanistan.

“All the Taliban said was: ‘Take your stuff and go,” he said.

Those who fled or were forcibly removed were quickly replaced with Taliban commanders and fighters.

Thousands of Afghans are facing such traumatic dislocations as the new Taliban government uses property to compensate its fighters for years of military service, amid a crumbling economy and a lack of cash.

under control of the Taliban. Across the country, there is widespread anxiety about the future.

The country is slightly smaller in land area than Texas, with a population that has grown in past decades to around 39 million people. Yet, only one-eighth of Afghanistan’s land is farmable and shrinking under a crippling drought and changes wrought from climate change.

Today’s land disputes in Afghanistan can be largely traced to the Soviet-backed regime that came to power in the late 1970s, which redistributed property across the country. This quickly fueled tensions as land was confiscated and given to the poor and landless under the banner of socialism.

Land redistribution continued to play out, first during the civil war in the early 1990s, and then under the rise of the Taliban. After the U.S. invasion in 2001, those same commanders who were once defeated by the Taliban went about distributing and stealing land once more, this time with the backing of the newly installed U.S.-supported government. American and NATO military forces contributed to the problem by seizing property for bases and doing little to compensate landowners.

Afghanistan Analysts Network, a policy research group, who focused on land ownership in Afghanistan. “So when the Taliban want to legalize or demarcate lands, they will also need to take back the lands from people who grabbed them in any period, in the 70s, 80s, 90s, 2000s and so on. This will be very challenging for them.”

In central Afghanistan, property disputes of another nature are playing out: the marginalization and displacement of ethnic minorities in order to seize their arable land. Taliban leaders have long persecuted and antagonized the Hazaras, a mostly Shiite minority, and in recent months, the new government has watched as local strongmen evicted hundreds of families.

In September, Nasrullah, 27, and his family fled their village in Daikundi Province, along with around 200 families who left nearly everything, he said.

Such displacements have upended more than a dozen villages in central Afghanistan, affecting more than 2,800 Hazaras, according to a Human Rights Watch report.

In recent weeks, local courts have overturned some seizures, allowing some families to return. But for most, the evictions have been traumatic.

“In each village the Taliban put a checkpoint, and the people aren’t allowed to take anything but our clothes and some flour,” said Nasrullah, who goes by one name, during an interview in September. “But I brought only my clothes.”

Many property purchasers in Alaska possess the same vision: Either hunker down away from the madding crowds in a refined log cabin or operate a … END_OF_DOCUMENT_TOKEN_TO_BE_REPLACED