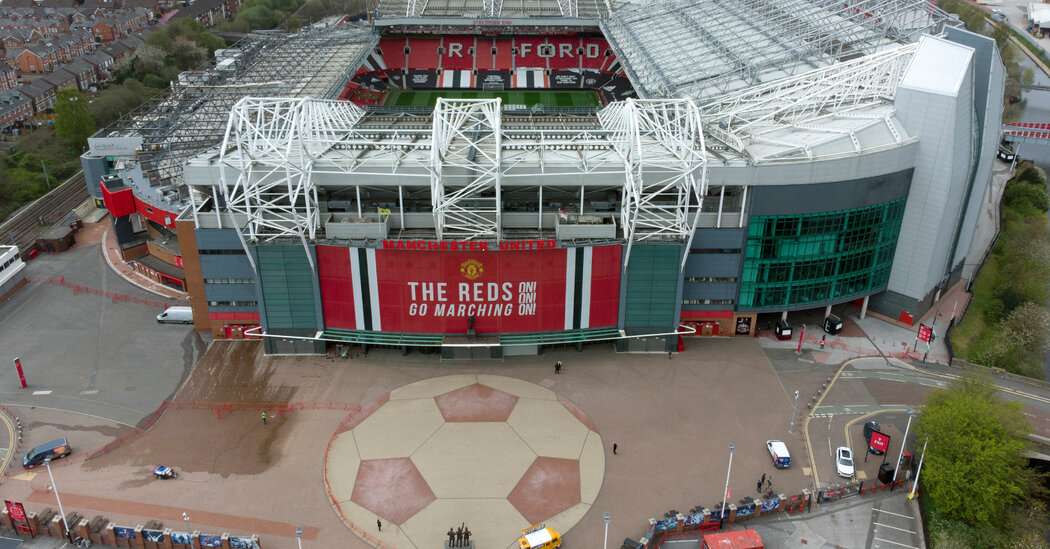 LONDON — Fans loathed it, politicians opposed it and even Prince William warned of the damage it risked “to the game we love.”

So swift and ferocious was the backlash to a plan to create a new super league for European soccer that on Wednesday six of England’s most famous clubs were in disarray, issuing abject apologies as they disowned the failed breakaway project they had pledged to join.

Yet not everyone was a loser. For Prime Minister Boris Johnson of Britain, the crisis has presented a rare opportunity to seize the moral high ground on an issue that matters to many of the voters who helped him to a landslide victory in the 2019 election.

Threatening to use any means he could to block the plan, Mr. Johnson positioned himself as the defender of the working-class soccer fans whose forebears created England’s soccer clubs — and the enemy of the billionaire owners who now dominate the English game.

international soccer authorities threatened reprisals against the super league clubs and players, their position was untenable, he said.

announced in 2019 that it would move its headquarters to Singapore, citing growing demand in Asia.

In recent months, the successful roll out of vaccines against Covid-19 has revived Mr. Johnson’s fortunes after a succession of missteps last year when the government’s handling of the pandemic faltered.

So prevalent is soccer now in Britain’s national life that it cropped up then, too.

In April 2020, the health secretary, Matt Hancock, attacked highly paid soccer players, calling on them to “take a pay cut and play their part,” during the pandemic. But within months the government was outmaneuvered by Marcus Rashford, a star player for Manchester United and England.

This week the boot was on the other foot as Mr. Johnson was able to condemn the super league plans before Mr. Rashford, whose club initially signed up to the proposals.

It required no expertise to be “horrified” at the prospect of the super league “being cooked up by a small number of clubs.,” wrote Mr. Johnson in the Sun newspaper.

“Football clubs in every town and city and at every tier of the pyramid have a unique place at the heart of their communities, and are an unrivaled source of passionate local pride,” he added.

Never a big soccer fan himself, Mr. Johnson framed his opposition to the plan in his belief in competition.

Each year the three worst performing clubs are relegated from England’s Premier League — its top domestic tier — while the top ones qualify to play in European competitions the following season. The European Super League proposal would have seen a number of big soccer clubs becoming permanent members — something that Mr. Johnson likened to creating a cartel.

In fact, when England’s first Football League was established in 1888 it was on a similar model and its membership was not selected on merit, said Matthew Taylor, professor of history at De Montfort University, Leicester who has written widely on soccer.

Yet the furor over the European Super League illustrates the growing role soccer has played in national life in recent decades.

“In the last 15-20 years it seems to be so pervasive and so significant to British culture — very broadly defined — that politicians have to say something,” Professor Taylor said.

No longer does it seem odd for politicians and members of the government “to make statements on issues that 40-50 years ago would have been seen as private matters,” he added.

That change first became noticeable under Tony Blair’s premiership as the growing success of the English Premier League, combined with the country’s “cool Britannia” branding, gave soccer a great profile.

But soccer can be dangerous territory too for politicians. Mr. Cameron was much mocked when he once appeared to forget his long-running claim to support the Birmingham team Aston Villa and seemed to suggest he favored a rival that played in similar colors.

Mr. Johnson, who appears to prefer rugby to soccer, has avoided that fate by never declaring his allegiance to any team.

But suggestions that the government might legislate to control the ownership of clubs seemed to conflict with Mr. Johnson’s free-market instincts.

Although a Saudi Arabian plan to buy the Premier League club Newcastle United ultimately failed, Mr. Johnson promised the Saudi crown prince, Mohammed bin Salman, that he would investigate a holdup to the proposed take over, according to British media reports.

“One of the many dishonesties in all this is that it would allow money to corrupt football,” said Professor Menon, referring to the European Super League plan. “Money has already corrupted football. Rich clubs get richer.”

The professor said he believed that very little would ultimately change because any substantial intervention would upset the successful operations of the Premier League, and therefore annoy fans.

But Professor Taylor pointed to Germany as a successful alternative model, and said that in threatening to intervene in the running of soccer Mr. Johnson might ultimately disappoint some of those who are applauding him now.

“Having made such a significant and bold statement, I don’t think this discussion will go away now,” Professor Taylor.

MIAMI--(BUSINESS WIRE)--Intelli Smart Homes, the leading smart home technology company, has been recognized as one of America’s fastest-growing … END_OF_DOCUMENT_TOKEN_TO_BE_REPLACED

Customers outside a Walmart store in Torrance, California, US, on Sunday, May 15, 2022. Walmart Inc. is scheduled to release earnings figures on May … END_OF_DOCUMENT_TOKEN_TO_BE_REPLACED

The past few years have been brutal on homebuyers' budgets. Would-be buyers have been priced out of some of the most desirable neighborhoods thanks to … END_OF_DOCUMENT_TOKEN_TO_BE_REPLACED