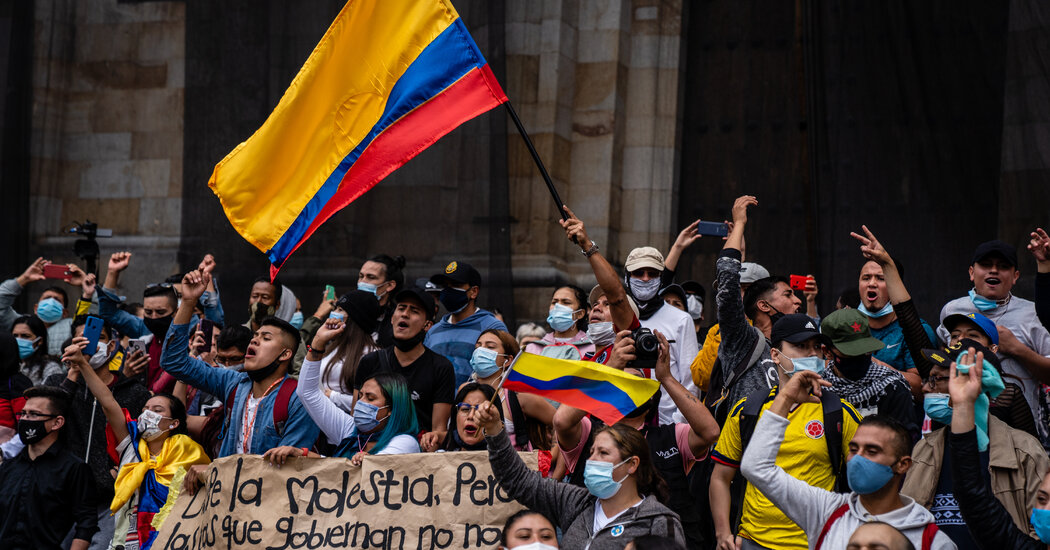 BOGOTÁ, Colombia — At least 17 people are dead and hundreds have been injured following days of protests across Colombia, in which tens of thousands of people have taken to the streets to demonstrate against a tax overhaul meant to fill a pandemic-related fiscal hole.

On Sunday, President Iván Duque announced he would withdraw the proposal, and on Monday, the country’s finance minister said he would resign.

But the decisions have done little to quell public anger, and the protests have morphed into a national outcry over rising poverty, unemployment and inequality sparked by the arrival of the coronavirus last year.

Sergio Guzmán, the director of the Colombia Risk Analysis, a consultancy, said that the government had waited too long to rescind the unpopular tax proposal, allowing anger and resentment to spiral up.

“Now it’s much more about the way the government has run the country for two-and-a half years, it’s about the lockdowns, it’s about popular discontent,” he said. A lot of frustration had simmered over the last year amid lockdowns, he added.

South America in particular, has been especially pummeled by the virus, and many countries face dire fiscal situations if reforms are not made. Across Latin America, economies shrank an average of 7 percent last year, more than in any other region, according to the International Monetary Fund.

Mr. Duque was among the first in the region to try and address his country’s fiscal problems, said Mr. Guzmán.

But the public response does not bode well for other leaders. “This is one of those moments where a key break in society is happening,” he said. “And people are fed up and waking up to the power of the streets.”

The Seattle Seahawks are very much still in the running for Baker Mayfield. (Photo by Stacy ... [+] Revere/Getty Images) Getty Images The Seattle … END_OF_DOCUMENT_TOKEN_TO_BE_REPLACED

LANSING, Mich. — At least 357 sitting Republican legislators in closely contested battleground states have used the power of their office to discredit … END_OF_DOCUMENT_TOKEN_TO_BE_REPLACED