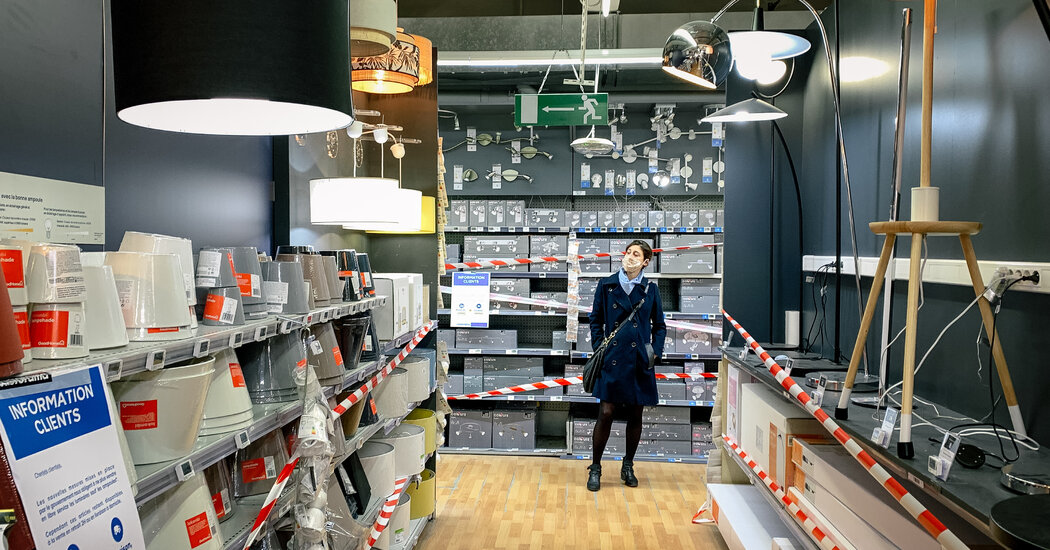 PARIS — Three French lockdowns, and counting, over the past 13 months have been many things, among them a rare opportunity for the formidable national bureaucracy of about 5.6 million public servants to display their gift for the complication of lives.

With the announcement of the third Paris lockdown last month to try to control the spread of the coronavirus, an apotheosis of the absurd was reached.

A dense, two-page version of the notorious “attestation,” a government form to be completed anytime one leaves home, was so convoluted that it tied the Interior Minister’s spokeswoman in verbal knots trying to explain it. The document had metastasized with each lockdown into an ever more ungainly monster.

over 100,000 people in France have died from it, and more than five million have been infected — was not immediately clear.

The sheer intricacy of the bureaucratic obtuseness overwhelmed me. I could not help wondering whether some fraction of the many hours devoted to coming up with such regulations might have been better used speeding the vaccines to more people. France has up to now underwhelmed in getting its population vaccinated.

The country’s shoe repair stores are open, even if you can’t buy new shoes. Its florists are open, but not kitchenware stores. Its frozen goods shops are open, but not gift shops. Bookstores are open now, although they were closed in the first lockdown. All restaurants, bars and cafes are closed. Mr. Macron has suggested that some easing of restrictions will start on May 3 — maybe.

One sign I recently passed in a shuttered beauty salon read: “Contrary to ‘hairdressers,’ it seems we are not essential to well-being. Injustice!”

As for lingerie and underwear stores, deemed nonessential and so closed, they have embarked on a national protest involving sending lacy panties every day to Prime Minister Jean Castex from all over France.

I know there has to be a logic to what’s open and what’s closed. France, after all, still has a commissioner general for planning, as if the Soviet Union had never disappeared. The country proceeds with methodical purpose based on the analysis and forecasts of highly trained public servants, formed in elite schools.

Still, an overwhelming question grips my entire being: Why these apparently arbitrary rules?

I asked a Castorama store assistant to explain why, for example, the lamps I coveted were off limits while I could buy a crepe maker.

There were no arrests in three quarters of last year’s fatal shootings, according to statistics provided by Mr. Krasner’s office, even as arrests for … END_OF_DOCUMENT_TOKEN_TO_BE_REPLACED