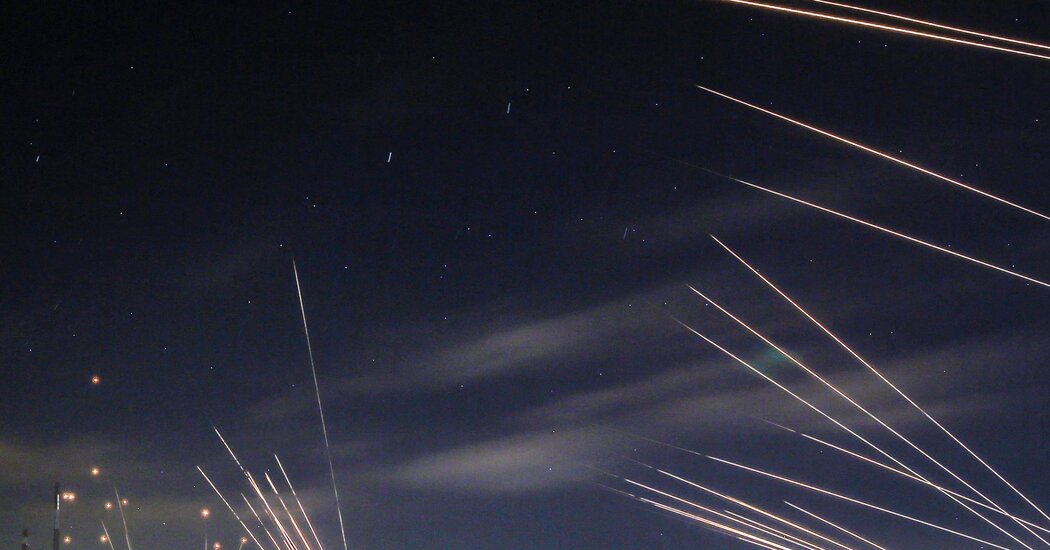 As the worst violence in years rages between the Israeli military and Hamas, each night the sky is lit up by a barrage of missiles streaking across the sky and the projectiles designed to counter them.

It is a display of fire and thunder that has been described as both remarkable and horrifying.

The images of Israel’s Iron Dome defense system attempting to shoot down missiles fired by militants in Gaza have been among the most widely shared online, even as the toll wrought by the violence only becomes clear in the light of the next day’s dawn.

“The number of Israelis killed and wounded would be far higher if it had not been for the Iron Dome system, which has been a lifesaver as it always is,” Lt. Col. Jonathan Conricus, an Israeli military spokesman, said this week.

The Iron Dome became operational in 2011 and got its biggest first test over eight days in November 2014, when Gaza militants fired some 1,500 rockets aimed at Isreal.

outside experts were skeptical.

The systems’s interceptors — just 6 inches wide and 10 feet long — rely on miniature sensors and computerized brains to zero in on short-range rockets. Israel’s larger interceptors — the Patriot and Arrow systems — can fly longer distances to go after bigger threats.

The Iron Dome was recently upgraded, but the details of the changes were not made public.

In the current conflict, militants in the Gaza Strip have fired nearly 3,000 missiles, the Israeli Air Force said on Sunday, noting that about 1,150 of them had been intercepted.

The Seattle Seahawks are very much still in the running for Baker Mayfield. (Photo by Stacy ... [+] Revere/Getty Images) Getty Images The Seattle … END_OF_DOCUMENT_TOKEN_TO_BE_REPLACED

(CNN) — Kim Kyung-seop recalls going to cheap bars after class with his friends, where they binged on as much makgeolli as possible. "You know the … END_OF_DOCUMENT_TOKEN_TO_BE_REPLACED