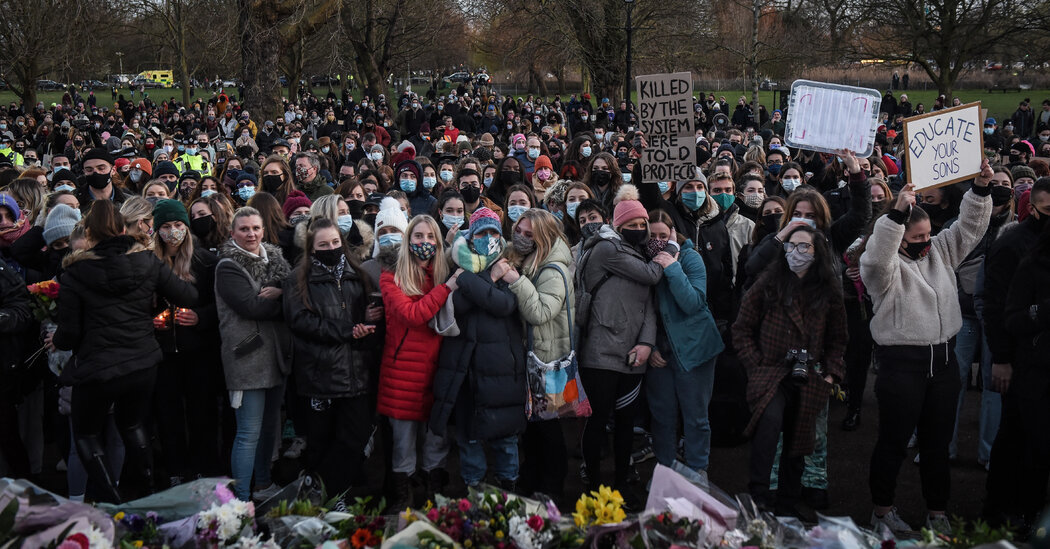 Perhaps it was because pandemic lockdowns have left women clinging to whatever is left of their access to public space. Perhaps it was because after more than three years of the #MeToo movement, the police and society are still telling women to sacrifice their liberties to purchase a little temporary safety.

It all came to the surface when 33-year-old Sarah Everard, who disappeared as she walked home in London on March 3, was found dead a week later, after doing everything she was supposed to do. She took a longer route that was well-lit and populated. She wore bright clothes and shoes she could run in. She checked in with her boyfriend to let him know when she was leaving. But that was not enough to save her life.

So the response from British women to reports that the police were going door to door telling women in the South London neighborhood where she disappeared to stay inside for their own safety became an outpouring of rage and frustration.

@metpoliceuk really do want women off the streets don’t they?” Anne Lawtey, 64, wrote on Twitter after organizers announced the cancellation of the gathering. She was shocked, she said in a telephone interview, that it had been shut down. “We can’t have a vigil? People standing still, in a park, wearing masks?”

A huge crowd turned out anyway, carrying candles and bouquets, crocus bulbs in glass jars and flats of pansy seedlings to add to the pile of blooms.

With no audio equipment, women climbed on the Victorian bandstand that had become a makeshift memorial and used an Occupy Wall Street-style human microphone: The crowd repeated what was said so that it could be heard at the back.

working paper from Girija Borker, a researcher at the World Bank, found that women in India were willing to go to far worse colleges, and pay more tuition, in order to avoid harassment or abuse on their daily commutes to classes. The impact of that “choice” on one woman can be hard to measure — but among the thousands she documented in her research, it can be expected to have an effect on earnings, economic power and social mobility.

Chief Covelli said Mr. Crimo planned the shooting for several weeks, but that the authorities had not yet established what his motive was. “We have no … END_OF_DOCUMENT_TOKEN_TO_BE_REPLACED

Kevin McKenzie and Martine van Hamel were standing in the dining room of their weekend house in Woodstock, N.Y., trying to figure out when they got … END_OF_DOCUMENT_TOKEN_TO_BE_REPLACED