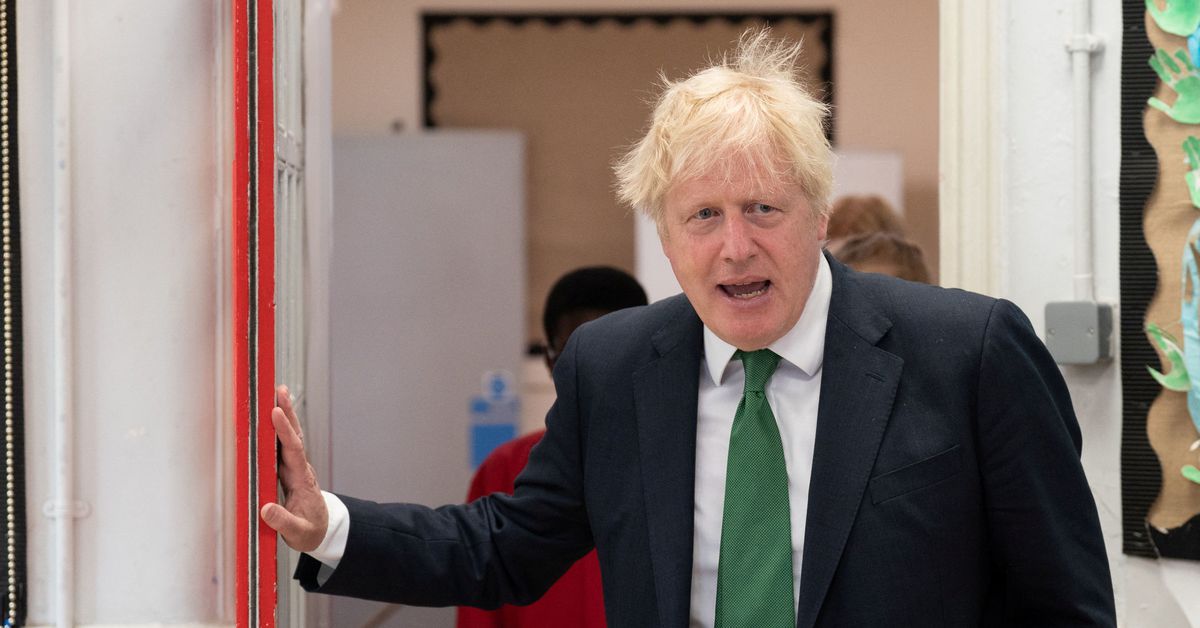 LONDON, June 6 (Reuters) – For a man who long set his sights on becoming Britain’s prime minister, Boris Johnson came dangerously close on Monday to being ousted by lawmakers tired of defending him and faces a battle to win back the confidence of his party and country.

He survives, just, for now. But he is deeply wounded and even loyal lawmakers who backed him in a confidence vote say he must now change – return to the traditional ideals of the governing Conservative Party, foster unity and lead.

His inbox is daunting. British households face the biggest cost-of-living squeeze since the 1950s, with food and fuel prices rising while wages lag, and travellers are experiencing transport chaos at airports caused by staffing shortages.

The master of political comebacks might struggle this time.

Ed Costelloe, chair of the group Conservative Grassroots who backed Johnson in 2019, said he had got many things right, but had been brought down by the so-called “partygate” scandal over his breaches of COVID-19 lockdown rules. read more

“Once you face a vote of confidence somehow you are doomed. After that, the vultures start gathering. I think he is in real, real trouble,” he told Reuters.

Johnson won the vote 211 to 148, a worse showing than when lawmakers tried to oust his predecessor Theresa May, who won her vote but then resigned six months later. read more

The confidence vote was a brutal wake up call for a leader whose mandate once seemed unassailable after his promise to “get Brexit done” in 2019 won over voters in parts of the country the Conservatives had never been able to capture and the party’s biggest majority in over three decades.

Since then, the list of reasons lawmakers gave for wanting Johnson gone were as varied as they are many, cutting across usual factional lines and making the rebels somewhat uneasy bedfellows.

As reasons why the 57-year-old leader should resign, lawmakers cite anything from “partygate”, threats to breaking international law, the defence of rule-breakers at the heart of power, multiple policy U-turns, an initial slow response to COVID-19 to a general lack of respect for his office.

It was perhaps the lack of cohesion in Monday’s rebellion that helped save him. But it has left him weakened.

Political survival is something Johnson, known widely as Boris, has made a career of, with former prime minister David Cameron likening him to a “greased piglet” who is hard to catch.

“My friends, as I have discovered myself, there are no disasters, only opportunities. And indeed, opportunities for fresh disasters,” Johnson wrote in a newspaper column in 2004.

In a speech to the party lawmakers just hours before the vote, Johnson remained adamant he could win again.

“If you don’t believe that we can come back from our current position and win again then you haven’t looked at my own record or the record of this party,” he said, according to a senior party source in the meeting.

Some have warned of underestimating Johnson, or Alexander Boris de Pfeffel Johnson, saying his ruffled appearance and distinctive mop of blond hair masks the discipline and ruthlessness he needed to get to this point.

But after years of weathering sex scandals, gaffes and missteps as London mayor, foreign secretary and now prime minister, Johnson, a relative loner in the Conservative party, might be running out of road.

For some in the party the rot set in when he defended his former adviser Dominic Cummings when he broke COVID-19 rules early in the pandemic, enraging the country.

The following year he initially defended a Conservative lawmaker who had been found guilty of breaching lobbying rules and a U-turn on extending free school meals to children from low-income families did little to improve the picture.

The final straw was months of a steady drip of stories about lockdown-breaking parties in Johnson’s Downing Street culminating in a report last month detailing fights and alcohol-induced vomit in the early house at times when the rest of the country was obeying strict COVID-19 rules.

One former Conservative lawmaker was so incensed even before the report, they “crossed the floor” or went to join the main opposition Labour Party.

“Prior to leaving … it was just embarrassing being asked to defend the indefensible for a PM who clearly has no morals,” Christian Wakeford, who joined Labour in January, told Reuters.

Conservative Grassroots chair Costelloe said the decision could be fatal in the long-term: “I am firmly of the view if he is still there in two years then we will lose the next election.”

DALLAS — The rollback of abortion rights has been received by many American women with a sense of shock and fear, and warnings about an ominous … END_OF_DOCUMENT_TOKEN_TO_BE_REPLACED

The poshest place in California's Coachella Valley is The Madison Club. This exclusive gated community in La Quinta is where A-listers and tycoons … END_OF_DOCUMENT_TOKEN_TO_BE_REPLACED