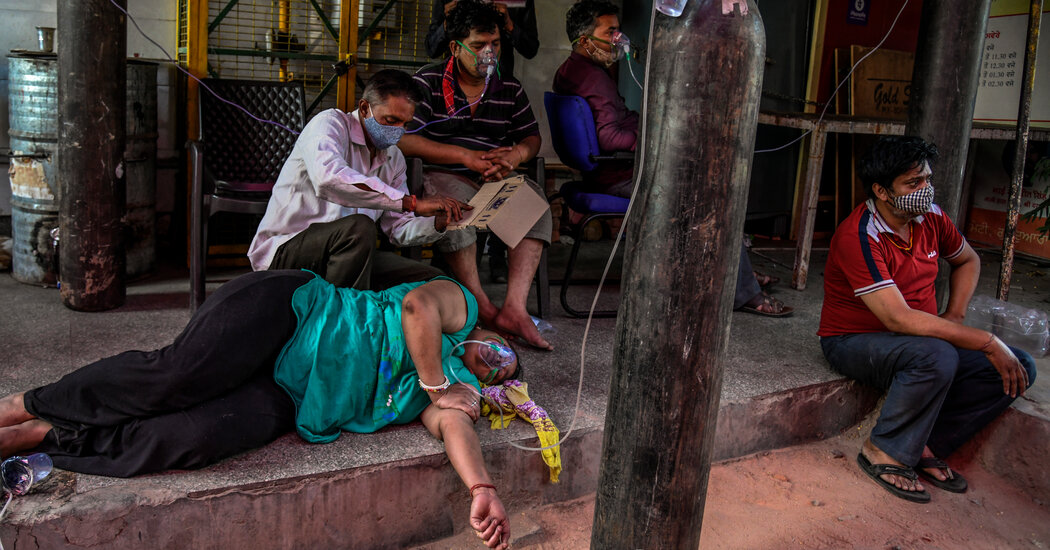 AstraZeneca’s vaccine, unlike those of Pfizer, Moderna and Johnson & Johnson, has also not been granted emergency use authorization by the F.D.A. The administration would not specify which countries will receive the vaccine, and Jen Psaki, the White House press secretary, cautioned at a news conference that the donations of doses would not happen right away.

Previously, the administration said on Sunday that it had removed impediments to the export of raw materials for vaccines and would also supply India with therapeutics, test kits, ventilators and personal protective gear. Britain, France and Germany have also promised to send medical equipment to India, a key producer of vaccines for lower-income countries.

“Just as India sent assistance to the United States as our hospitals were strained early in the pandemic, we are determined to help India in its time of need,” President Biden said on Twitter on Sunday.

Two Indian-American businessmen — the Microsoft chief executive, Satya Nadella, and the Google chief, Sundar Pichai — have both said that their companies will provide financial assistance to India.

“Devastated to see the worsening Covid crisis in India,” Mr. Pichai wrote on Twitter, pledging $18 million to aid groups working in the country.

At a news conference on Monday, Dr. Tedros Adhanom Ghebreyesus, the director general of the World Health Organization, called the situation in India “beyond heartbreaking.”

“W.H.O. is doing everything we can, providing critical equipment and supplies, including thousands of oxygen concentrators, prefabricated mobile field hospitals and laboratory supplies,” Dr. Tedros said, adding that the organization has deployed 2,600 staff to India to provide surveillance and vaccination help.

MIAMI--(BUSINESS WIRE)--Intelli Smart Homes, the leading smart home technology company, has been recognized as one of America’s fastest-growing … END_OF_DOCUMENT_TOKEN_TO_BE_REPLACED

Customers outside a Walmart store in Torrance, California, US, on Sunday, May 15, 2022. Walmart Inc. is scheduled to release earnings figures on May … END_OF_DOCUMENT_TOKEN_TO_BE_REPLACED

The past few years have been brutal on homebuyers' budgets. Would-be buyers have been priced out of some of the most desirable neighborhoods thanks to … END_OF_DOCUMENT_TOKEN_TO_BE_REPLACED