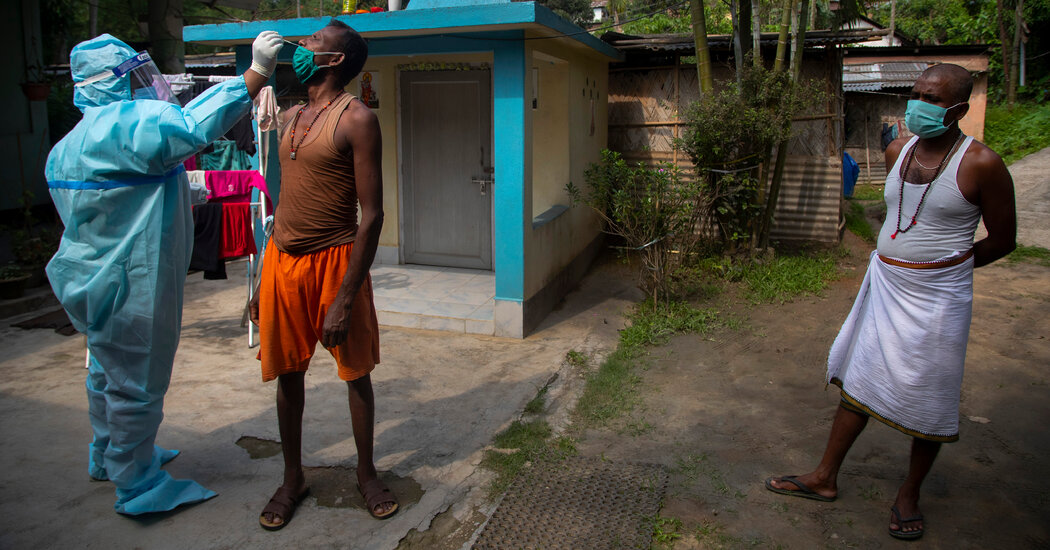 The Indian government on Thursday said it had carried out 2.5 million coronavirus tests in 24 hours, the most in a single day since the pandemic began and part of an effort to try to help contain the spread of the country’s devastating second wave.

Balram Bhargava, the director general of the Indian Council of Medical Research, a top government body, said that in the last week, daily average testing had been between 1.6 million to 2 million tests. The government hopes to increase the number of daily tests to 4.5 million per day by the end of June.

India has been devastated by a surge in virus cases and deaths, many of which are believed by experts to have gone uncounted. The increase in testing has largely come from an uptick in use of rapid antigen tests. India’s health officials said they increased the share of antigen tests to 60 percent of the overall number of tests administered because labs have been overwhelmed and results from P.C.R. tests come with a longer wait.

Antigen tests are generally considered less reliable than P.C.R., and may mistakenly identify uninfected people as carrying the virus. But the virus is spreading to rural parts of the country where the health infrastructure is deeply underfunded. For some areas, rapid antigen tests are the only option because the distribution is in the hands of government.

said on Twitter. “Terribly worried that there is a Covid surge in rural India that is going largely unchecked & undetected.”

The council that Mr. Bhargava leads approved the use of a self-administered rapid antigen test kit that was developed by Mylab Discovery Solutions, an Indian company, and gives results in 15 minutes. The company is aiming to ramp up production to 60 million kits per month within the next few weeks.

“This easy-to-use test combines a mobile app so that a user can know positive status, submit the result to I.C.M.R directly for traceability, and know what to do next,” said Sujit Jain, the director of Mylab Discovery Solutions. “We are sure this small step will be a big leap in mitigating the second and subsequent waves.”

Vaccinating India’s population of 1.4 billion people is a challenge. At the current rate of administering about 1.8 million doses a day, it would take the country more than three years to vaccinate 80 percent of its population.

deaths from Covid-19 and Covid-related causes are likely to be two to three times the number that countries have recorded in their official data, because of the limited capacity of many countries to test their people and other weaknesses in official health data.

The Seattle Seahawks are very much still in the running for Baker Mayfield. (Photo by Stacy ... [+] Revere/Getty Images) Getty Images The Seattle … END_OF_DOCUMENT_TOKEN_TO_BE_REPLACED

(CNN) — Kim Kyung-seop recalls going to cheap bars after class with his friends, where they binged on as much makgeolli as possible. "You know the … END_OF_DOCUMENT_TOKEN_TO_BE_REPLACED