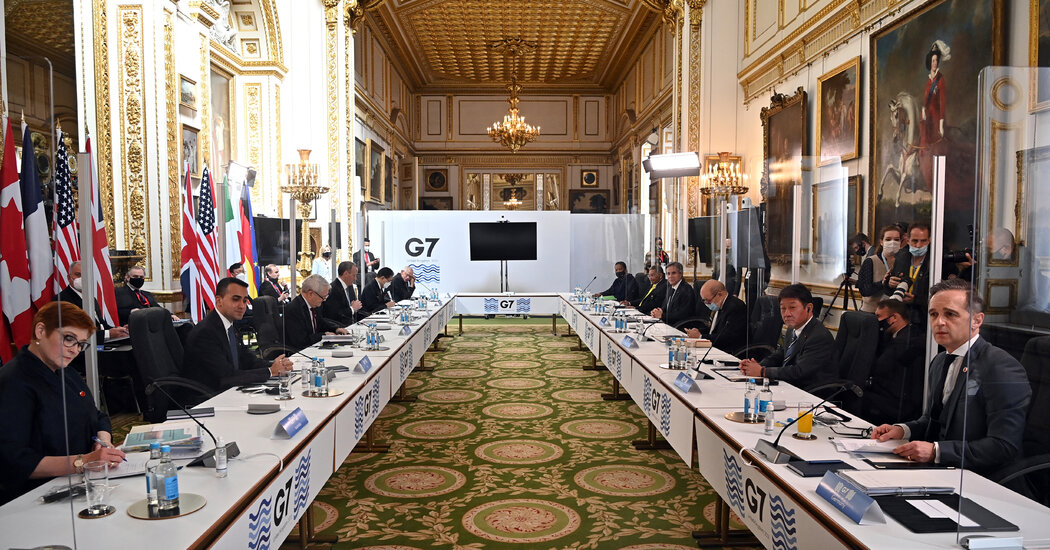 LONDON — India’s foreign minister, visiting London for a gathering of ministers from the world’s top industrial powers, said on Wednesday that he was self-isolating after coming into contact with people who tested positive for the coronavirus.

Subrahmanyam Jaishankar, the foreign minister, said on Twitter that he had been made aware of a possible exposure to positive coronavirus cases. “As a measure of abundant caution,” he said, he had decided to take part in the events virtually.

The event, held before a summit of leaders from the coterie of nations known as the Group of 7, has been heralded as the first major in-person diplomatic gathering since the pandemic began. Other members of India’s delegation were also isolating.

It comes as India is experiencing a devastating surge in coronavirus cases, and the news that the country’s delegation was self-isolating offered a telling reminder that while some nations with robust vaccination campaigns are moving to fully reopen, others remain in the throes of the pandemic.

according to the BBC. “As I understand it, what has happened is the individuals concerned are all isolating now.”

The Indian delegation had yet to attend central events being held at Lancaster House in London, but did participate in other meetings, including with Priti Patel, Britain’s home secretary.

received a vaccine dose. On the top of the agenda were discussions about cooperation between the two nations on coronavirus relief efforts. A surge in coronavirus cases has devastated India in recent weeks, with record numbers of daily new infections reported this week, and a lagging vaccine rollout worsening the problem.

Mr. Blinken also met with Dr. Jaishankar on Monday evening. The two delegations sat socially distanced and masked across from each other, according to reporters traveling with the secretary of state, and later gave brief remarks to the news media.

Dr. Jaishankar was also scheduled to attend a G7 dinner on Tuesday night with Mr. Blinken and other foreign ministers. It is unclear whether he attended.

Travel from India into Britain was recently restricted amid the surge in cases, with travel allowed only for British citizens and residents coming from India. Those who are allowed in must enter a mandatory hotel quarantine upon arrival. However, government guidelines offer exemptions to some of the measures for representatives of foreign countries who are traveling to the country on official business.

It’s a property that offers a unique open floor plan—plus a hot tub with a view.“It was a Methodist church located in a historic little area of St. … END_OF_DOCUMENT_TOKEN_TO_BE_REPLACED