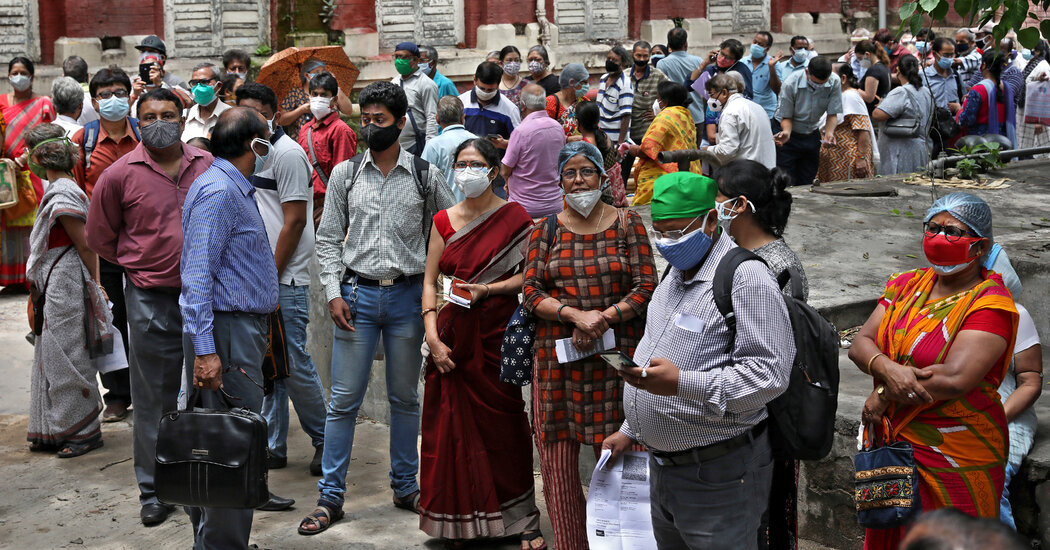 The vaccination woes of some of the world’s poorest nations will continue as the Serum Institute of India, a crucial manufacturing pillar in the plan to supply two billion doses of Covid-19 vaccines to low-income countries, signaled that it would not be able to provide vaccines beyond India before the year’s end.

The revelation, tucked into a statement by the vaccine manufacturing giant that attempted to deflect mounting criticism, was another setback for Covax, the global vaccine partnership for the poor. It is already more than 140 million doses behind schedule, and the Serum Institute’s announcement suggested it was all but impossible to meet the goal of two billion doses by the end of the year.

The announcement once again underscored the glaring contrast of inequality: As some of the richer nations tout levels of vaccinations that allows them to reopen their society, most of the poorer nations have barely gotten a start.

“We continue to scale up manufacturing and prioritize India,” the Serum institute of India said in the statement on Tuesday. “We also hope to start delivering to Covax and other countries by the end of this year.”

Oxford-AstraZeneca vaccine, licensed to it with the commitment that a large share would go to poor nations.

After India’s devastating second wave of coronavirus infections, the institute diverted all its manufacturing powers to domestic needs, falling behind on commitments to the Covax partnership as well as on bilateral commercial deals with many countries. The institute played down each delay as temporary. But Tuesday’s statement makes clear it is unlikely to meet commitments before the end of the year.

So far, the Covax alliance has supplied only 65 million vaccines, spread across 124 countries, according to the World Health Organization. The W.H.O. said the global alliance was already 140 million doses behind and likely to miss another 50 million doses in June.

“Once the devastating outbreak in India recedes, we also need the Serum Institute of India to get back on track and catch up on its delivery commitments to Covax,” said Dr. Tedros Adhanom Ghebreyesus, the chief of W.H.O.

the government’s mismanagement of the crisis.

It’s a property that offers a unique open floor plan—plus a hot tub with a view.“It was a Methodist church located in a historic little area of St. … END_OF_DOCUMENT_TOKEN_TO_BE_REPLACED