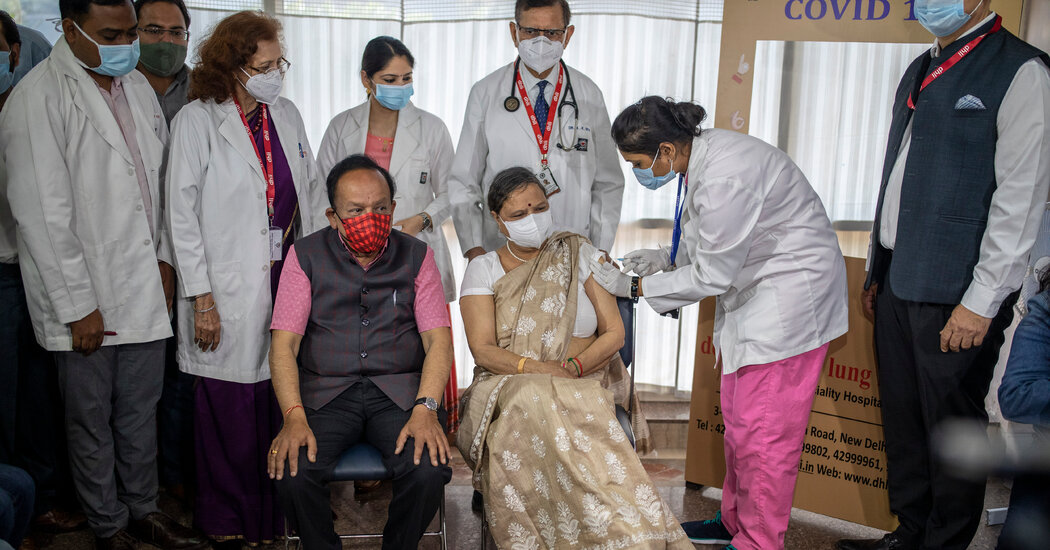 India’s ambitious but troubled campaign to inoculate its vast population against Covid-19 — and, in the process, to burnish its reputation as a manufacturer and innovator — received a major lift after initial trial results showed a homegrown vaccine was safe and effective.

The results have yet to be peer reviewed, the company said, and it was unclear how effective Covaxin would prove to be in a final analysis.

Still, the results were met with relief in India. Covaxin was approved by government officials in January and administered to millions of people even though it had not yet been publicly proved. Many in the country, including frontline health care workers, had feared that Covaxin could be ineffective or worse, slowing down the national campaign to inoculate 1.3 billion people.

approved Covaxin for emergency use in early January along with the Oxford-AstraZeneca vaccine, which is known in India as Covishield. When the vaccination drive started less than two weeks later, most people were not allowed to choose which shot they got.

sharp criticism from pharmaceutical bodies and health experts, who questioned the scientific logic behind approving a vaccine that was still in trials. Indian officials often denounced those doubts without explaining the rush. Instead, they portrayed the endorsement of Covaxin through a lens of nationalism, saying that it showed India’s emergence as a scientific power.

The poshest place in California's Coachella Valley is The Madison Club. This exclusive gated community in La Quinta is where A-listers and tycoons … END_OF_DOCUMENT_TOKEN_TO_BE_REPLACED

KOROPY, Ukraine — Four men tugged at long strips of fabric to lift a coffin out of the gaping hole in the backyard of a small house. They flung the … END_OF_DOCUMENT_TOKEN_TO_BE_REPLACED