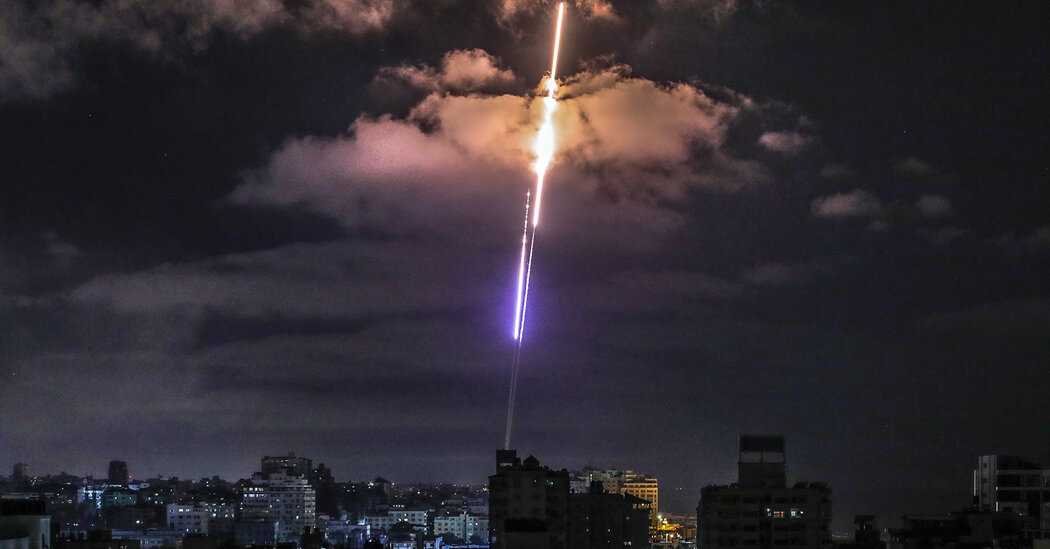 The leadership of Iran, engaged in a long shadow war with Israel on land, air and sea, did not try to conceal the pleasure it took in the most recent Israeli-Palestinian conflict.

Over the 11 days of fighting this month, Tehran praised the damage being done to its enemy, and the state news media and conservative commentators highlighted Iran’s role in providing weaponry and military training to Palestinian militants in Gaza to hammer Israeli communities.

Iran has for decades supported Hamas, the Palestinian militant group that controls Gaza and whose own interests in battling Israel align with Iran’s. Experts say that over the years, Iran has provided Hamas with financial and political support, weapons and technology and training to build its own arsenal of advanced rockets that can reach deep into Israeli territory.

But in the assessment of Israeli intelligence, Hamas made its decisions independently of Iran in the latest conflict.

sabotaging of Iran’s nuclear facilities. While Iran’s leaders have made no secret of their desire to punish Israel for the wave of attacks, they have struggled to find an effective way to retaliate without risking an all-out war or derailing any chance for a revised nuclear accord with the United States and other world powers.

So the conservative factions in Iran that had been urging payback for the Israeli strikes seized on a chance to portray the thousands of rockets fired by the Gaza militants as revenge.

a devastating response from Israel’s vastly superior military, whose airstrikes killed scores of militants, destroyed 340 rocket launchers and caused the collapse of 60 miles of underground tunnels.

While the Israeli strikes may temporarily set back the military capability of Iran’s Gaza allies, Israel’s international standing does seem to be taking a beating with cracks in the once rock-solid support of Western allies.

Iran watched in dismay last year as four Arab countries — the United Arab Emirates, Bahrain, Sudan and Morocco — normalized ties with Israel and declared Iran the biggest threat to regional stability. In the months before the Gaza fighting, Tehran lobbied intensely to prevent other Arab countries from following suit.

outraged Arab public opinion, could dim the prospects of any more countries in the region normalizing relations with Israel anytime soon.

They celebrated the violent clashes erupting across Israeli cities between Jewish and Arab residents. And they felt that the Israeli strikes on Iran, including the assassinations of a top nuclear scientist and a leader of Al Qaeda, had been at least partly avenged.

“It feels like we had rage stuck in our throats against Israel, especially after the assassinations. And with every rocket fired, we gave a collective, deep sigh of relief,” said Mehdi Nejati, 43, an industrial project manager in Tehran who moderated a daily Clubhouse chat on developments in Gaza.

There was also much boasting on social media about Iran’s role in enabling militants to amass more advanced rockets.

While Israel will have to continue to contend with Iran’s influence in Gaza going forward, Tehran’s support for the militants there is just one of the many factors standing in the way of a longer-term peace, said Mr. Javedanfar, the political analyst.

“Confronting Iran is only going to be part of the solution for Israel’s challenge in Gaza,” he said. “A bigger part of the challenge can be solved with smarter Israeli policies in Jerusalem.”

AUSTIN, Texas--(BUSINESS WIRE)--As the first multifamily management company to be recognized in the Public Relations and Marketing Excellence Awards, … END_OF_DOCUMENT_TOKEN_TO_BE_REPLACED

There have been whispers of cooling housing and rental prices in the San Francisco Bay Area, but that hasn't yet translated into practical, noticeable … END_OF_DOCUMENT_TOKEN_TO_BE_REPLACED

Cars pass in Independence Square at twilight in Kyiv, Ukraine, Monday, Oct. 31, 2022. Rolling ... [+] blackouts are increasing across Ukraine as the … END_OF_DOCUMENT_TOKEN_TO_BE_REPLACED