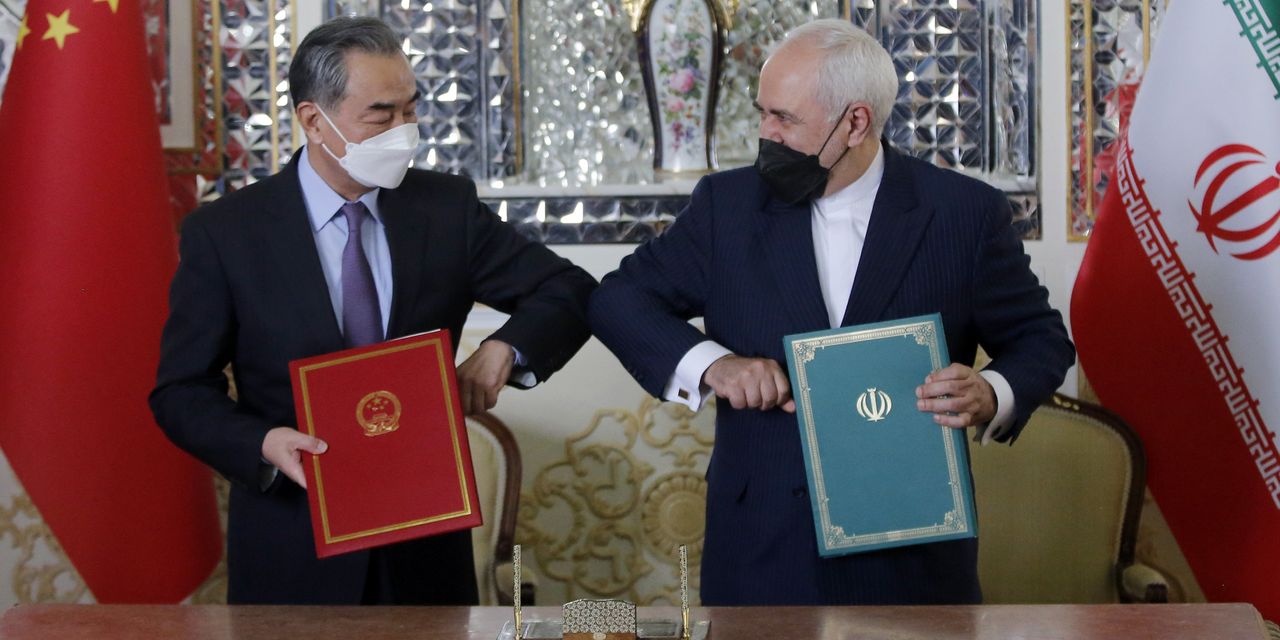 Foreign ministers Javad Zarif and Wang Yi signed on Saturday what both sides bill as a “strategic partnership” that will last for 25 years. The deal, which was five years in the making, was signed in Tehran.

Details about the agreement weren’t immediately published, but a draft of the agreement circulated last year included Chinese investments in projects ranging from nuclear energy, ports, railroads and other infrastructure to transfer of military technology and investment in Iran’s oil-and-gas industry.

In return for investments, China would receive steady supplies of Iranian oil, Iran’s semiofficial Tasnim news agency said Saturday, adding that the two countries also agreed to establish an Iranian-Chinese bank. Such a bank could help Tehran evade U.S. sanctions that have effectively barred it from global banking systems.

“This cooperation is a basis for Iran and China to participate in major projects and infrastructure development,” including Beijing’s Belt and Road initiative, said Iranian President Hassan Rouhani on Friday ahead of the signing, referring to China’s vast global investment and development strategy.

DALLAS — The rollback of abortion rights has been received by many American women with a sense of shock and fear, and warnings about an ominous … END_OF_DOCUMENT_TOKEN_TO_BE_REPLACED

The poshest place in California's Coachella Valley is The Madison Club. This exclusive gated community in La Quinta is where A-listers and tycoons … END_OF_DOCUMENT_TOKEN_TO_BE_REPLACED