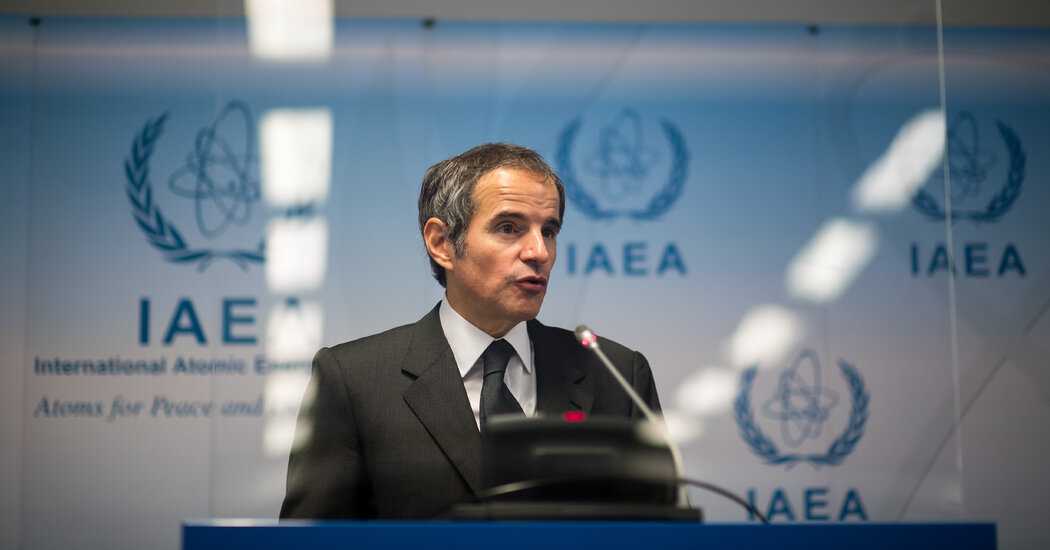 WASHINGTON — Iran agreed on Monday to a one-month extension of an agreement with international inspectors that would allow them to continue monitoring the country’s nuclear program, avoiding a major setback in the continuing negotiations with Tehran.

Under the agreement with the International Atomic Energy Agency, Iran will extend access to monitoring cameras at its nuclear facilities until June 24, Rafael Mariano Grossi, the agency’s director general, told reporters in Vienna.

The extension prevents a new crisis that could derail talks among world powers, including the United States, aimed at bringing Washington back to the 2015 nuclear deal that President Donald J. Trump withdrew from three years ago. Restoring the deal, including a commitment from Iran to resume all its obligations under the agreement, is a top priority for President Biden.

Iran’s Supreme National Security Council said in a statement that the decision was made “so that negotiations have the necessary chance to progress and bear results.”

reached a three-month compromise under which inspectors would retain partial access to nuclear production facilities.

Under that agreement, Iran allowed cameras to continue monitoring its facilities but insisted on retaining possession of the footage until an agreement to restore the larger nuclear deal was reached. The country’s state media reported on Monday that it would share the footage with the International Atomic Energy Agency if the United States lifted sanctions as part of a restored deal, but would erase the recordings otherwise.

The agreement will allow for other methods of continued international visibility into the nuclear program, but neither Iran nor the agency has publicly provided full details about their compromise.

“I want to stress this is not ideal,” Mr. Grossi said. “This is like an emergency device that we came up with in order for us to continue having these monitoring activities.”

sanctions that are strangling Iran’s oil exports and economy.

Because Tehran refuses to negotiate directly with the United States over the 2015 deal, which it says that Mr. Trump violated without cause, American negotiators have been working from a nearby hotel and communicating with Iranian officials through intermediaries.

Appearing on “This Week” on ABC on Sunday, Secretary of State Antony J. Blinken said that the talks had made progress but suggested that Tehran was delaying further progress.

“Iran, I think, knows what it needs to do to come back into compliance on the nuclear side. And what we haven’t yet seen is whether Iran is ready and willing to make a decision to do what it has to do,” he said. “That’s the test, and we don’t yet have an answer.”

on Twitter. He asked if the United States was ready to return to the deal by lifting the sanctions and said that Iran would return to its full commitments once Washington had done so.

Iran has steadily expanded its nuclear program since Mr. Trump’s withdrawal from the deal. Its government said on Monday that the stockpile of enriched uranium at higher levels had increased in the past four months.

The nuclear deal with world powers capped Iran’s enrichment and stockpiling of nuclear material at 2.2 kilograms of uranium enriched to a level of 3.7 percent.

SAN FRANCISCO — Cleve Jones has lived in the Castro neighborhood for nearly 50 years, almost from the day he graduated from high school in Phoenix and … END_OF_DOCUMENT_TOKEN_TO_BE_REPLACED

A home inspection can spare you from unpleasant surprises after you buy. After crunching the numbers, searching your favorite neighborhoods, and … END_OF_DOCUMENT_TOKEN_TO_BE_REPLACED