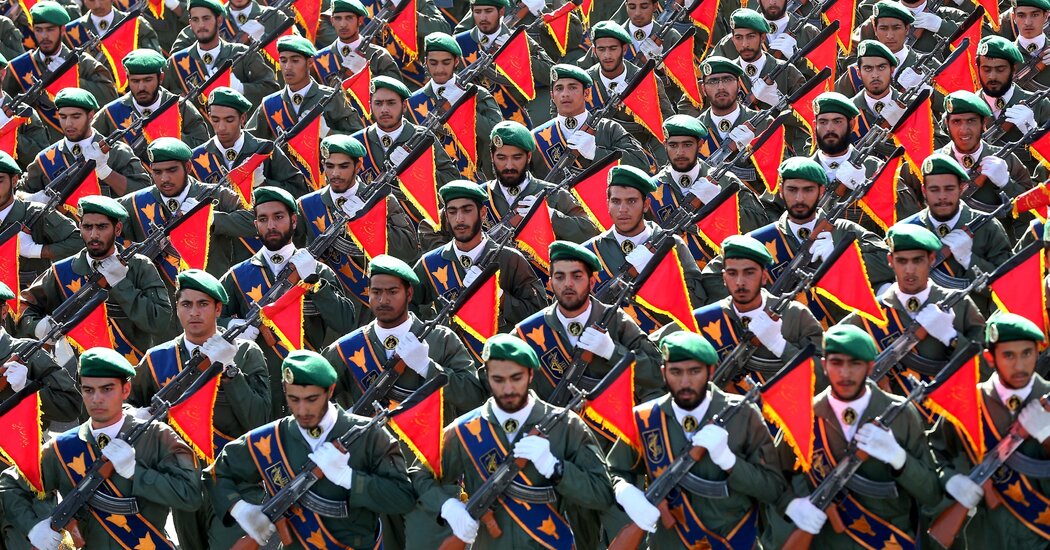 BEIRUT, Lebanon — In less than nine months, an assassin on a motorbike fatally shot an Al Qaeda commander given refuge in Tehran, Iran’s chief nuclear scientist was machine-gunned on a country road, and two separate, mysterious explosions rocked a key Iranian nuclear facility in the desert, striking the heart of the country’s efforts to enrich uranium.

The steady drumbeat of attacks, which intelligence officials said were carried out by Israel, highlighted the seeming ease with which Israeli intelligence was able to reach deep inside Iran’s borders and repeatedly strike its most heavily guarded targets, often with the help of turncoat Iranians.

The attacks, the latest wave in more than two decades of sabotage and assassinations, have exposed embarrassing security lapses and left Iran’s leaders looking over their shoulders as they pursue negotiations with the Biden administration aimed at restoring the 2015 nuclear agreement.

The recriminations have been caustic.

explosion at the Natanz nuclear enrichment plant last month. But it was unclear who he was, whether he had acted alone and if that was even his real name. In any case, he had fled the country before the blast, Iran’s Intelligence Ministry said.

Even if General Hejazi died of natural causes, the cumulative loss of three top generals was a significant blow.

The attacks represent an uptick in a long-running campaign by the intelligence services of Israel and the United States to subvert what they consider to be Iran’s threatening activities.

Chief among them are a nuclear program that Iran insists is peaceful, Iran’s investment in proxy militias across the Arab world, and its development of precision-guided missiles for Hezbollah, the militant movement in Lebanon.

daring nighttime raid to steal a half-ton of secret archives of Iran’s nuclear program from a warehouse in Tehran.

Israel has also reached around the world, tracking down equipment in other countries that is bound for Iran to destroy it, conceal transponders in its packaging or install explosive devices to be detonated after the gear has been installed inside of Iran, according to a former high-ranking American intelligence official.

an explosion in the Natanz nuclear plant in July. The explosives had been sealed inside a heavy desk that had been placed in the plant months earlier, Fereydoon Abbasi-Davani, the former chief of Iran’s Atomic Energy Organization, said.

The explosion ripped through a factory producing a new generation of centrifuges, setting back Iran’s nuclear enrichment program by months, officials said.

more recent explosion at Natanz this month except that it destroyed the plant’s independent power system, which in turn destroyed thousands of centrifuges.

It would have been difficult for Israel to carry out these operations without inside help from Iranians, and that may be what rankles Iran most.

But the infiltrations have also sullied the reputation of the intelligence wing of the Revolutionary Guards, which is responsible for guarding nuclear sites and scientists.

A former Guards commander demanded a “cleansing” of the intelligence service, and Iran’s vice president, Eshaq Jahangiri, said that the unit responsible for security at Natanz should be “be held accountable for its failures.”

The deputy head of Parliament, Amir-Hossein Ghazizadeh Hashemi, told the Iranian news media on Monday that it was no longer enough to blame Israel and the United States for such attacks; Iran needed to clean its own house.

As a publication affiliated with the Guards, Mashregh News, put it last week: “Why does the security of the nuclear facility act so irresponsibly that it gets hit twice from the same hole?”

But the Revolutionary Guards answer only to Iran’s supreme leader, Ayatollah Ali Khamenei, and so far there has been no sign of a top-down reshuffling.

After each attack, Iran has struggled to respond, sometimes claiming to have identified those responsible only after they had left the country or saying that they remained at large. Iranian officials also insist that they have foiled other attacks.

were arrested last month in Ethiopia for plotting to attack Israeli, American and Emirati targets.

But any overt retaliation risks an overwhelming Israeli response.

“They are not in a hurry to start a war,” said Talal Atrissi, a political science professor at the Lebanese University in Beirut. “Retaliation means war.”

Conversely, the timing of Israel’s latest attack on Natanz suggested that Israel sought if not to derail the talks, to at least weaken Iran’s bargaining power. Israel opposed the 2015 nuclear agreement and opposes its resurrection.

the covert, regionwide shadow war between Israel and Iran has intensified with Israeli airstrikes on Iranian-backed militias in Syria and tit for tat attacks on ships.

But as Iran faces a struggling economy, rampant Covid-19 infections and other problems of poor governance, the pressure is on to reach a new agreement soon to remove economic sanctions, said Ms. Vakil of Chatham House.

“These low-level, gray zone attacks reveal that the Islamic Republic urgently needs to get the J.C.P.O.A. back into a box” to free up resources to address its other problems, she said, referring to the nuclear deal, formally called the Joint Comprehensive Plan of Action.

There were no arrests in three quarters of last year’s fatal shootings, according to statistics provided by Mr. Krasner’s office, even as arrests for … END_OF_DOCUMENT_TOKEN_TO_BE_REPLACED