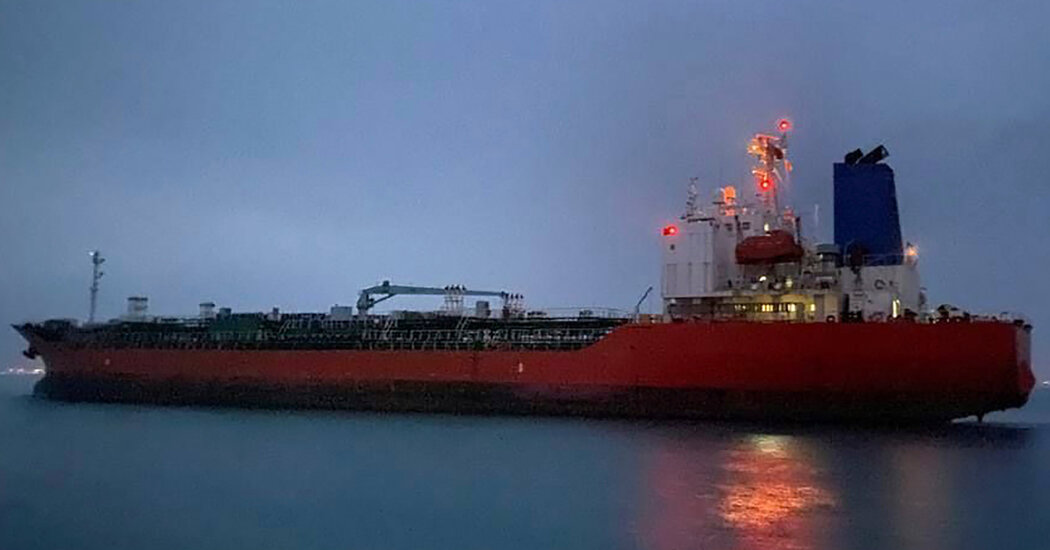 DUBAI, United Arab Emirates — A South Korean oil tanker held for months by Iran amid a dispute over billions of dollars seized by Seoul left port early Friday after the ship and its captain were released, just hours ahead of further talks between Tehran and world powers over its tattered nuclear deal.

A spokesman for Iran’s Foreign Ministry, Saeed Khatibzadeh, later confirmed that Iran had released the vessel. “At the request of the owner and the Korean government, the order to release the ship was issued by the prosecutor,” Khatibzadeh was quoted as saying by the state-run IRNA news agency.

The Hankuk Chemi had been traveling in January from a petrochemicals facility in Jubail, Saudi Arabia, to Fujairah in the United Arab Emirates when armed troops from the Islamic Revolutionary Guard Corps stormed the vessel and forced the ship to change course and travel to Iran.

Iran in February released much of the ship’s crew.

The Yonhap news agency in South Korea, quoting an anonymous Foreign Ministry official, suggested that Seoul could pay off Iran’s United Nations dues that had been in arrears.

In January, the United Nations said Iran topped a list of countries that owed money to the world body, and the country risks losing its voting rights if the debt issue is not resolved.

The development came as Iran and world powers were set to resume negotiations in Vienna on Friday to break the standoff over U.S. sanctions against Iran and Iranian breaches of the nuclear agreement.

The 2015 nuclear accord, which President Donald Trump abandoned three years later, offered Iran sanctions relief in exchange for restrictions on its nuclear program.

AUSTIN, Texas--(BUSINESS WIRE)--As the first multifamily management company to be recognized in the Public Relations and Marketing Excellence Awards, … END_OF_DOCUMENT_TOKEN_TO_BE_REPLACED

There have been whispers of cooling housing and rental prices in the San Francisco Bay Area, but that hasn't yet translated into practical, noticeable … END_OF_DOCUMENT_TOKEN_TO_BE_REPLACED

Cars pass in Independence Square at twilight in Kyiv, Ukraine, Monday, Oct. 31, 2022. Rolling ... [+] blackouts are increasing across Ukraine as the … END_OF_DOCUMENT_TOKEN_TO_BE_REPLACED