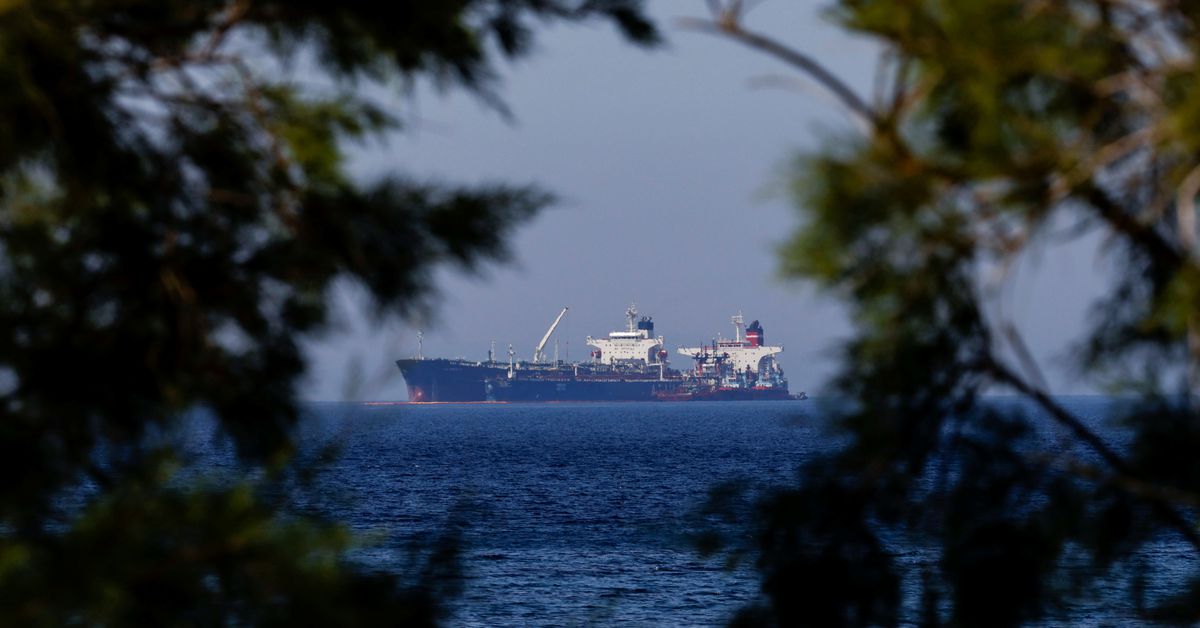 ATHENS, July 27 (Reuters) – An Iranian-flagged tanker anchored off the Greek port of Piraeus is expected this week to retrieve part of its cargo of oil confiscated by the United States and sail back to Iran following a Greek court ruling, government sources said on Wednesday.

The case has strained relations between Athens and Tehran amid growing tensions between Iran and the United States.

The removal of oil from the Lana, formerly Pegas, prompted Iranian forces to seize two Greek tankers in the Middle East Gulf which have not yet been released. read more

“The (Greek) Supreme Court’s ruling… is in Iran’s favour,” a Greek government official said, asking not to be named due to the sensitivity of the issue. The official said the ruling, which has not been made public, had come to the government’s knowledge on Tuesday.

Another official confirmed the ruling. A government spokesperson said the government would not comment on court decisions.

For over two months, the Iranian-flagged Lana remained under arrest off the Greek island of Evia, near the town of Karystos.

Greek authorities approved its release earlier this month, after a judicial panel ruled in favour of an Iranian company, overturning a previous court order, and the vessel which had engine problems was tugged to Piraeus. read more

A U.S. State Department spokesperson said: “We are respectful that this case went through the Greek judicial process.” The person had no further comment.

“In the past year, Iran’s hydrocarbon sales have been reinvigorated by lax enforcement. That must stop,” Mark Wallace, a former U.S. ambassador to the United Nations, told Reuters.

“The U.S. must continue to enforce sanctions and our allies must join us in this effort,” said Wallace, who is now chief executive of advocacy group United Against Nuclear Iran, which monitors Iran-related tanker traffic.

Part of the ship’s Iranian oil cargo had been transferred to another ship, Ice Energy, which was hired by the United States and is also moored off Piraeus port.

“Lana is expected to get fuel later today and test its engine so that it can start the oil transfer at the end of the week and sail off,” the first Greek official told Reuters.

There were no arrests in three quarters of last year’s fatal shootings, according to statistics provided by Mr. Krasner’s office, even as arrests for … END_OF_DOCUMENT_TOKEN_TO_BE_REPLACED