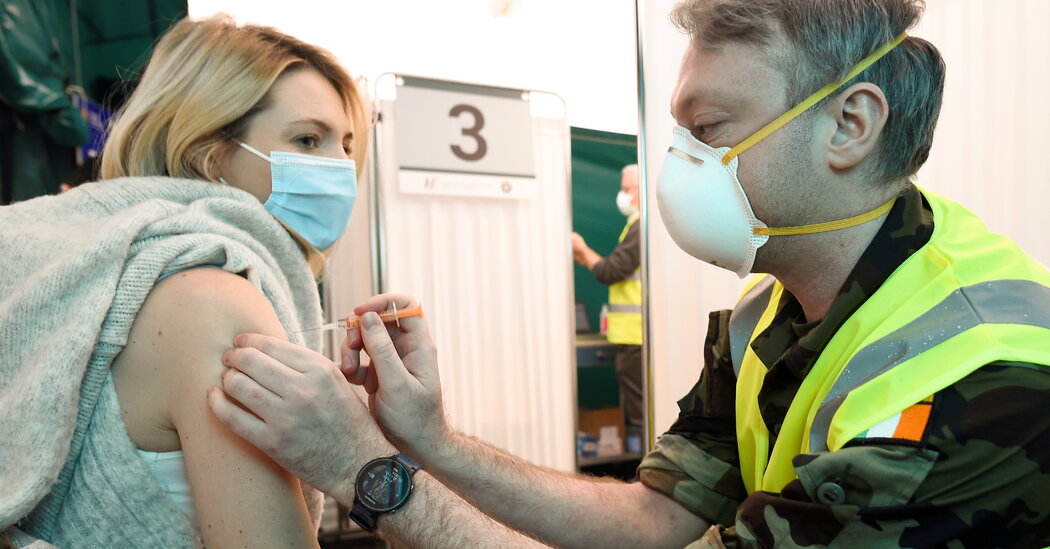 Ireland suspended use of the Covid-19 vaccine by Oxford-AstraZeneca on Sunday, citing reports of unusual blood clotting problems among people who recently received shots in Norway.

The decision followed a new advisory from Norway on Saturday that four people given the AstraZeneca vaccine had experienced blood clotting issues and all had low platelet counts. Major public health agencies, including the World Health Organization, point out that millions of people have received the vaccine without experiencing such blood clotting issues, and that experts have not found a causative link between any of the vaccines and the conditions.

while agencies were investigating. “We will continue to monitor the situation, and if we can be satisfied that these events are coincidental and not caused by this vaccine, we will reassess the situation.”

No such cases have been reported to Ireland’s medicine regulators, with over 117,000 doses of the vaccine administered in the country. Of the newest reports in Norway, one patient died from an unexpected brain hemorrhage and the three others with severe cases of blood clots or brain hemorrhages were being treated in a hospital, according to the Norwegian Medicines Agency.

That agency issued an advisory for people under age 50 who had received the AstraZeneca vaccine in the past two weeks, and who feel increasingly unwell with several large blue patches on their skin more than three days after vaccination, to consult doctors or other medical advice as soon as possible.

Ireland joined other European countries in halting the use of the AstraZeneca vaccine in the past week as a precaution because of concerns over the risk of blood clots, though officials there emphasized that there was no evidence yet of a causal link and that the new reports from Norway were still being investigated. Thailand delayed its rollout of the vaccine, which was to begin Friday. The Democratic Republic of Congo has also delayed its rollout, Reuters reported. On Sunday, Italy’s northern region of Piedmont said it would temporarily suspend giving the AstraZeneca vaccine, a day after a teacher there died after receiving the shot.

The European Medicines Agency, which is investigating the relationship, said on Wednesday that 30 cases of obstructive blood clots had been reported in the nearly five million people who received the shot — a rate no higher than that seen in the general population, and that the vaccine’s benefits outweighed the risks. AstraZeneca has said that its safety data of more than 10 million records does not show evidence of an increased risk of pulmonary embolism or deep vein thrombosis.

Arseny Bulakov, the chairman of the St. Petersburg Tolkien Society, called the production “a very revealing artifact” of its era: “filmed in destitute … END_OF_DOCUMENT_TOKEN_TO_BE_REPLACED

SAMARA, Russia — She burst into the hospital morgue and the bodies were everywhere, about a dozen of them in black bags on stretchers. She headed … END_OF_DOCUMENT_TOKEN_TO_BE_REPLACED

The stock market’s rally during the pandemic has been nothing short of amazing. But rising interest rates are raising the question of how long this … END_OF_DOCUMENT_TOKEN_TO_BE_REPLACED