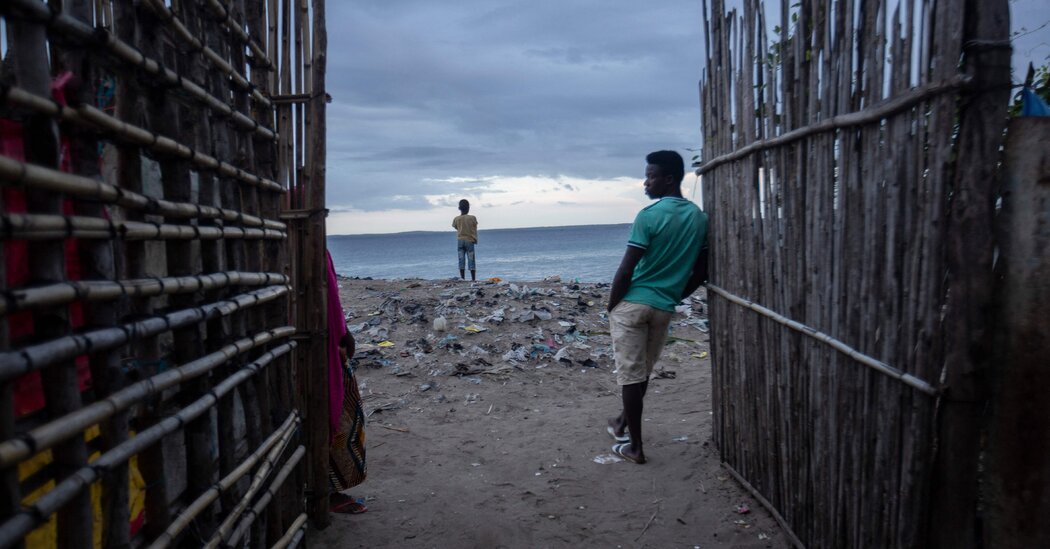 JOHANNESBURG — The Islamic State has claimed responsibility for a days-long ambush of a port town in northern Mozambique last week that forced tens of thousands of people to flee the area and left dozens dead, including some foreigners.

The attack on the town, Palma, was an alarming escalation of the war in the gas-rich province of Cabo Delgado, where insurgents with loose ties to the Islamic State have killed at least 2,000 people in a campaign of violence over the past three years.

In recent months, the local insurgency has grown in strength and seized large swaths of territory, including the region’s other main port town. Last week’s attack demonstrated a new level of boldness from the insurgents and was the closest the group has come to a multibillion-dollar gas project that is operated by international energy companies.

Few analysts believe that the Islamic State in the Middle East maintains a close relationship with the insurgency, which was born out of frustration over local grievances and shares few of the Islamic State’s ideological aims. But claiming responsibility for the deadly attack underscores the organization’s ability to leverage loose ties with militant groups around the world to create the impression of a truly global struggle.

attempted to escape by road on Friday. Militants ambushed a 17-vehicle convoy shortly after it left the hotel, the Amarula Palma, and only seven of the vehicles made it to the beach, where a fleet of boats was rescuing hundreds of people trapped in the town.

At least one South African, Adrian Nel, 40, was killed in the escape attempt from the Amarula Palma Hotel. Several other South Africans are still missing and presumed dead, according to private security contractors, and at least one British citizen was missing as of Sunday night.

Still, many analysts say the insurgency remains a homegrown crisis, born out of an array of grievances that have long plagued the impoverished region.

“This is a domestic insurgency based on domestic grievances,” said Joseph Hanlon, a visiting senior fellow at the department of international development at the London School of Economics, who is an expert on Mozambique. “There are loose ties but the insurgents have not seceded control to IS.”

He added: “This is not an Islamic jihad.”

Since militants overran the town on Saturday, the Mozambique military and contractors with a South African private military brought in by the government have tried to flush the insurgents from the town. But militants still control much of Palma, including the town’s banks, government offices, factories and army barracks, according to a statement that the Islamic State released on Monday.

In recent days, tens of thousands of people have fled Palma for nearby areas, worsening a humanitarian crisis that has escalated drastically over the past year.

At the start of 2020, the conflict had displaced 18,000 people in Mozambique, according to the World Food Program. By the beginning of this year, that number had grown to over 600,000.

“The crisis had been escalating for some time,” said Lola Castro, regional director for Southern Africa for the program. “But at this moment we are looking at a humanitarian disaster.”

Kevin McKenzie and Martine van Hamel were standing in the dining room of their weekend house in Woodstock, N.Y., trying to figure out when they got … END_OF_DOCUMENT_TOKEN_TO_BE_REPLACED