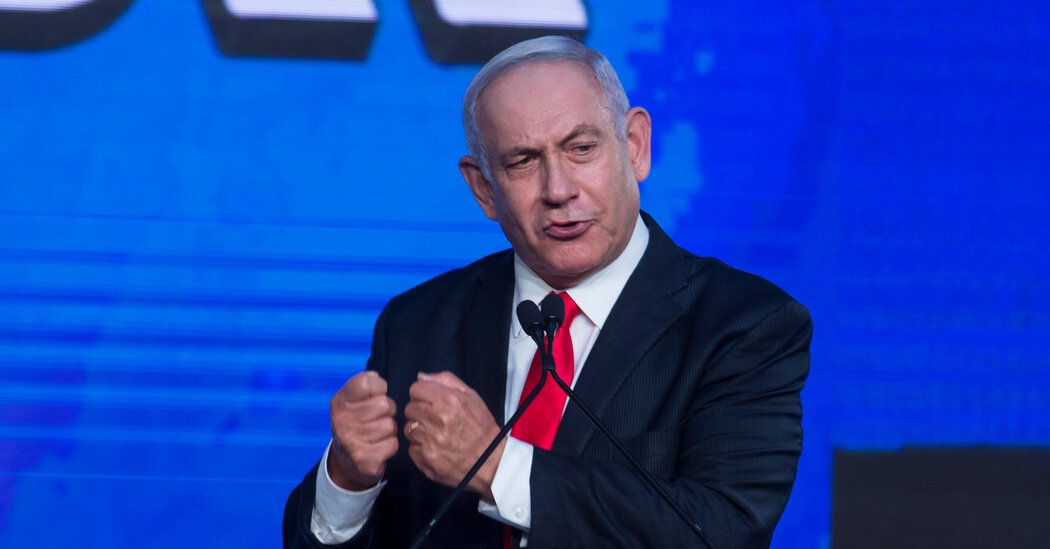 TEL AVIV — Israel’s fourth election in two years has ended in another stalemate, with neither Prime Minister Benjamin Netanyahu nor his opponents able to win a parliamentary majority, according to final results released Thursday by the Israeli election authority.

The results set the stage for weeks or even months of protracted coalition negotiations that many analysts expect may fail, prompting yet another election in late summer.

The results, though final, are not yet official since they have yet to be formally presented to the country’s largely ceremonial president, Reuven Rivlin. That will happen next Wednesday, a spokesman for the central elections committee said.

Islamist Arab party Raam, and the right-wing Yamina — won four and seven seats respectively and will be the focus of competing attempts by Mr. Netanyahu and the leader of the opposition, Yair Lapid, to form a coalition.

confronting vital questions about how to reform their election system and mend deep social divides.

After two elections in 2019, no one was able to piece together a majority coalition and form a government. After the 2020 contest, Mr. Netanyahu and some of his adversaries entered into an unwieldy coalition government that could not agree on a budget, forcing the latest election.

The continued stalemate leaves Mr. Netanyahu in power as a caretaker prime minister, even as he stands trial on corruption charges that he denies. The election upended the political map, dividing voters less by political ideology than by their attitude toward Mr. Netanyahu and his decision to run despite being under indictment.

Should he eventually form a formal coalition government, critics fear he will use his office to push through a law that would grant him legal immunity. Mr. Netanyahu rejects the claim, but has promised legal reforms that would limit the role of the Supreme Court.

Mr. Rivlin now takes center stage: He must consult with each of the 13 parties elected to Parliament before formally asking a political leader to try to form a majority coalition, an invitation that is likely to be made in 10 days.

Israeli presidents have typically offered this right to the leader of the largest party, which in this case would be Mr. Netanyahu, whose Likud party won 30 seats.

But Mr. Rivlin has the right to offer it to any lawmaker he deems best able to form a coalition, which in this case might be Mr. Lapid.

Whoever receives the invitation is expected to struggle to form a coalition. If Mr. Netanyahu persuades Raam to join his coalition, he could lose the support of a far-right alliance already in his bloc. That alliance, Religious Zionism, said Thursday that it would refuse to serve in a government supported by Raam.

Similarly, Mr. Lapid may struggle to persuade two right-wing parties within his alliance to sit not just with Raam, but with another Arab group called the Joint List.

And even if either leader somehow does form a coalition, it is expected to be so fragile and ideologically incoherent that it would struggle to last longer than a few months.

On a landlocked street corner at the entrance to the South Street Seaport stands a shabby, rust-streaked old lighthouse, its lantern dark, dwarfed by … END_OF_DOCUMENT_TOKEN_TO_BE_REPLACED

Kohl's announced Friday that it is terminating talks to sell its business, saying that retail environment has significantly deteriorated since the … END_OF_DOCUMENT_TOKEN_TO_BE_REPLACED