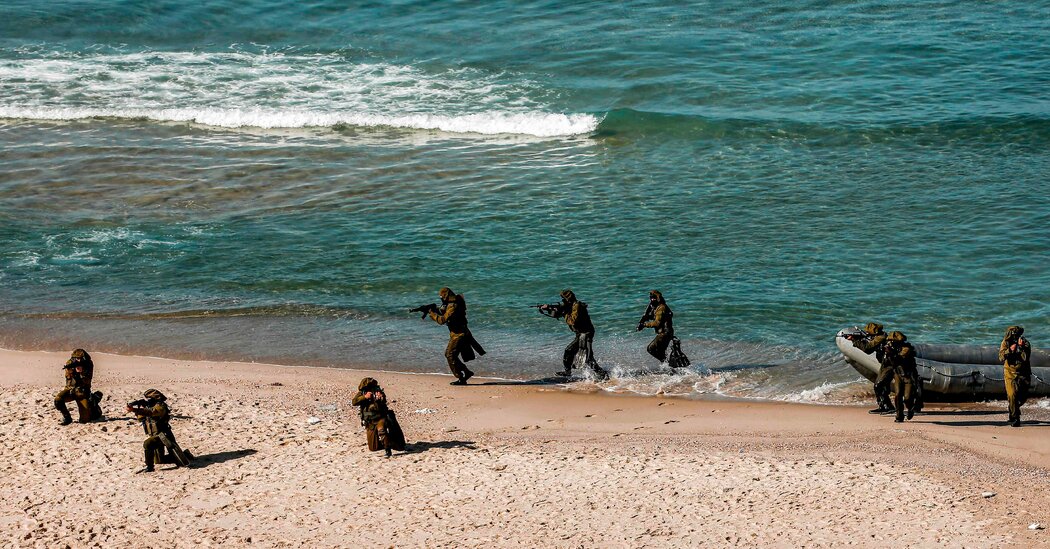 When it comes it Hamas’s military capabilities, much of the focus has been on the labyrinthine tunnels it uses to launch attacks against Israel or the arsenal of missiles it aims at Israeli cities.

But Israeli military experts and officials say there is another, less-discussed and murkier threat: clandestine naval commandoes entering or hitting Israel by sea.

It sounds like a scene from a Cold War thriller: An undercover commando unit infiltrating a country with underwater vessel in order to target an energy facility, a populated town, or wreak havoc in some other way.

But that was possibly the goal, according to the Israeli military, of a naval unit being directed by Hamas.

Shaul Chorev, a retired Israeli admiral who is Head of Haifa University’s Maritime Policy and Strategy Research Center, said Israel in recent years has been increasingly concerned about Hamas’s naval commando units. He said that undercover and surprise sea attacks were one way the militant group had sought asymmetric warfare capability, to overcome Israel’s superior military power, including its mighty air force and Iron Dome defense system used to shoot down rockets fired by militants in Gaza.

“The fear is that these commando units can be used to target infrastructure like power stations or to try and infiltrate Israel by sea,” he said.

He said Israelis still shuddered at the memory of an episode in July 2014, during Israel’s invasion of Gaza, when four Hamas operatives armed with automatic weapons, explosives and grenades, surreptitiously swam ashore near Kibbutz Zikkim, on Israel’s southern coast, and tried to target an Israeli tank before being killed.

The Seattle Seahawks are very much still in the running for Baker Mayfield. (Photo by Stacy ... [+] Revere/Getty Images) Getty Images The Seattle … END_OF_DOCUMENT_TOKEN_TO_BE_REPLACED

(CNN) — Kim Kyung-seop recalls going to cheap bars after class with his friends, where they binged on as much makgeolli as possible. "You know the … END_OF_DOCUMENT_TOKEN_TO_BE_REPLACED