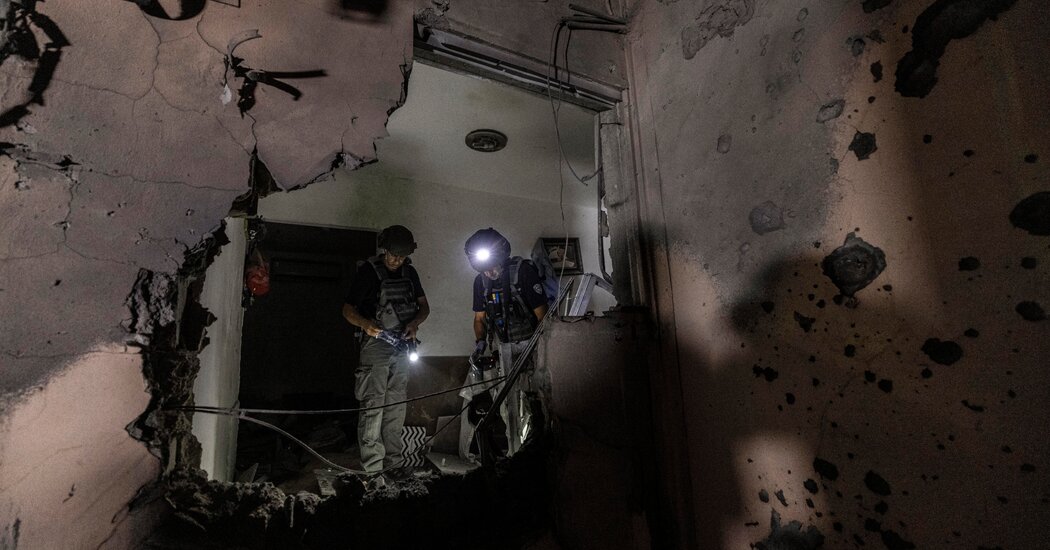 Israel and Hamas will likely reach a cease-fire agreement within the next two days, according to a senior Israeli official familiar with the negotiations and two others who corroborated the account.

The cease-fire under discussion would come in stages. The first would include the cessation of all Israeli attacks on Hamas infrastructure and facilities, and an end to Israeli attempts to kill senior Hamas members, the officials said.

Hamas would halt all rocket fire at Israeli cities. Israel is also demanding that Hamas stop digging attack tunnels toward Israel and halt violent demonstrations on the Gaza-Israeli border, said the officials, who asked not to be named because they were discussing negotiations still underway.

The agreement also aims to include later stages, after a cease-fire takes effect, including returning the bodies of two soldiers held by Hamas and two Israeli civilians detained by the group. In return, the officials said, Israel would allow the passage of goods and funds into Gaza.

denied the existence of negotiations or the imminent signing of a deal, but that may be a tactic designed to put pressure on Hamas by showing that Israel does not fear further escalation.

The senior Israeli representative in the negotiations is the national security adviser, Meir Ben-Shabbat, who is considered very close to Prime Minister Netanyahu and was recently dispatched to Washington to try to convince the Biden administration not to sign a new nuclear agreement with Iran.

The two senior Hamas figures running the negotiations have close ties to Egyptian intelligence. The current commander of Hamas military forces, Marwan Issa, spent a lot of time at the Egyptian intelligence headquarters in Cairo during 2011, when the Egyptians worked one of the most difficult issues between Israel and Hamas: the abduction of an Israeli soldier, Gilad Shalit.

But delays in reaching a possible cease-fire have taken place because the Egyptians, who are helping coordinate the negotiations, have had trouble contacting senior Hamas officials. The officials have feared Israeli attempts kill them, leading them to hide, often underground, while trying to avoid the use of any electronic devices.

It’s a property that offers a unique open floor plan—plus a hot tub with a view.“It was a Methodist church located in a historic little area of St. … END_OF_DOCUMENT_TOKEN_TO_BE_REPLACED