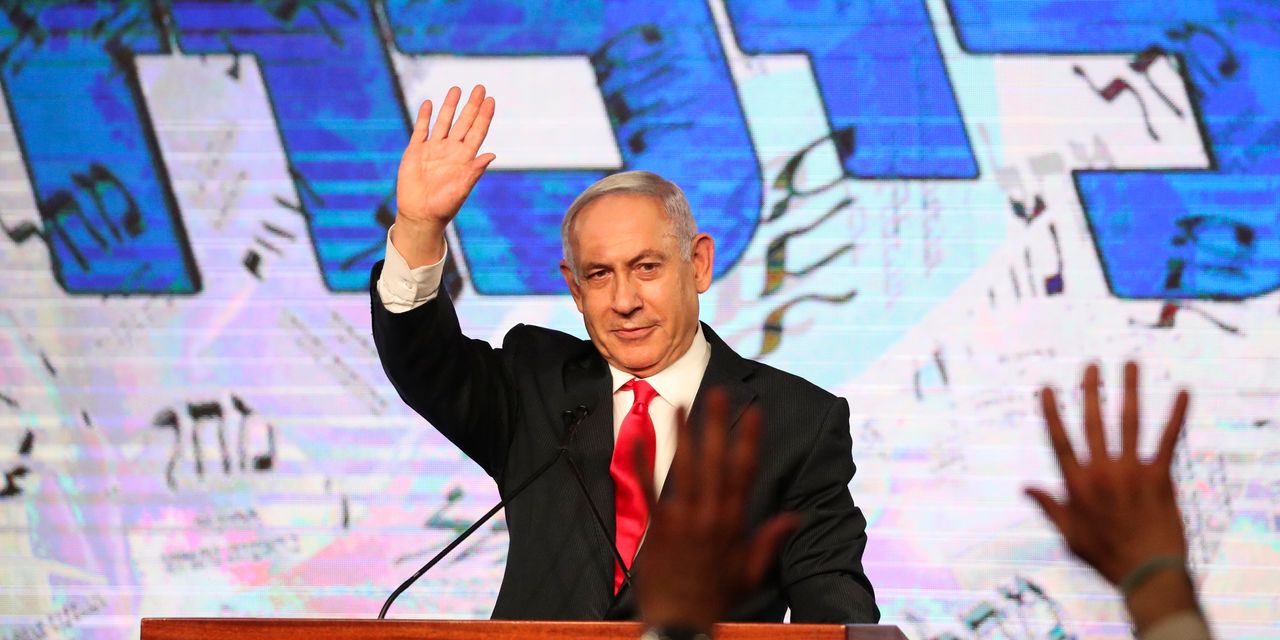 TEL AVIV—After four elections in two years, Israel faces another long stretch of uncertainty as Prime Minister Benjamin Netanyahu searches for a way to stay in power following this week’s inconclusive vote, potentially damping the country’s recovery from the Covid-19 pandemic after a successful vaccination campaign.

Tuesday’s vote appeared to leave Mr. Netanyahu without a clear path to return as premier, prompting him to look for a range of potential coalition partners, possibly including one of Israel’s Arab parties. His rivals, divided by ideology and their own personal ambitions, aren’t faring much better.

His Likud party is on track to win some 30 seats in the 120-member Knesset, making it the largest group in the legislature and the upper hand in forming a coalition, according to Israel’s Elections Committee, which has tallied about 88% of the vote. A final count is expected to be released later this week and the seat tally could shift.

It could take weeks if not months to stitch together a new government, however, leaving many voters, lawmakers and commentators worrying about what it would take to break the stalemate, and how it might damp Israel’s efforts to bounce back from the coronavirus crisis after the country rolled out the world’s most extensive Covid-19 vaccination program.

“I don’t know if it’s broken, but something isn’t working,” said Avigail Katz, 26 years old, from Jerusalem. She said she voted for the left-wing Meretz party this time after the center-left Blue and White party failed to oust Mr. Netanyahu in the previous three elections and joined his government instead.

DONETSK REGION, Ukraine — Between the cracks of mortar fire and the metallic bangs of Russian self-detonating mines, Yurii, a Ukrainian Army medic, … END_OF_DOCUMENT_TOKEN_TO_BE_REPLACED

SAN FRANCISCO — Cleve Jones has lived in the Castro neighborhood for nearly 50 years, almost from the day he graduated from high school in Phoenix and … END_OF_DOCUMENT_TOKEN_TO_BE_REPLACED