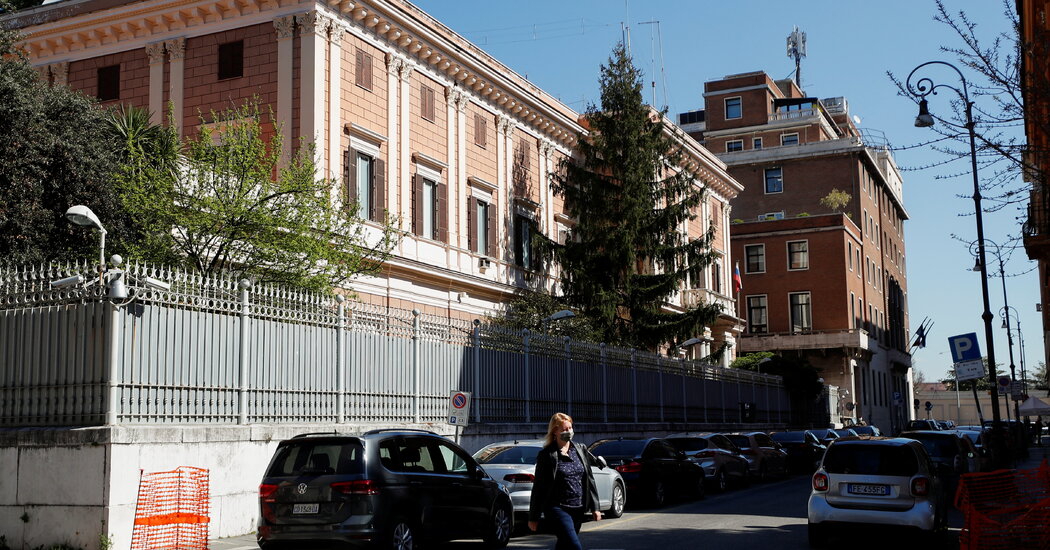 Italy expelled two Russian diplomats on accusations of espionage on Wednesday after investigators say they observed an Italian Navy official giving the envoys classified documents in exchange for money.

The Italian official, assigned to a Defense Ministry department dealing with national security and foreign relations, handed over classified documents to a Russian envoy in a Rome parking lot on Tuesday night, the carabinieri, Italy’s national military police, said in a statement. Italy’s intelligence services had raised concern over the officials, investigators said, prompting them to be placed under surveillance.

The two were charged with “serious crimes tied to spying and state security,” the carabinieri said, prompting outrage among lawmakers in Rome and leading Italy’s foreign minister to order the immediate expulsion of the Russian envoy and another diplomat, both military officials.

Investigators said that the Italian official, identified as Capt. Walter Biot, had accepted 5,000 euros, about $5,800, and handed over images of classified documents on a USB stick. Mr. Biot, a 56-year-old expert in fighter jets, had worked in the Defense Ministry’s press office in the past.

reported. But the Kremlin spokesman, Dmitri S. Peskov, told journalists in a conference call that Russia hoped to maintain good relations with Italy despite the incident.

In the grand sweep of world history, the U.S. is a young country. Even so, there are plenty of homes built prior to the American Revolution that still … END_OF_DOCUMENT_TOKEN_TO_BE_REPLACED

DONETSK REGION, Ukraine — Between the cracks of mortar fire and the metallic bangs of Russian self-detonating mines, Yurii, a Ukrainian Army medic, … END_OF_DOCUMENT_TOKEN_TO_BE_REPLACED