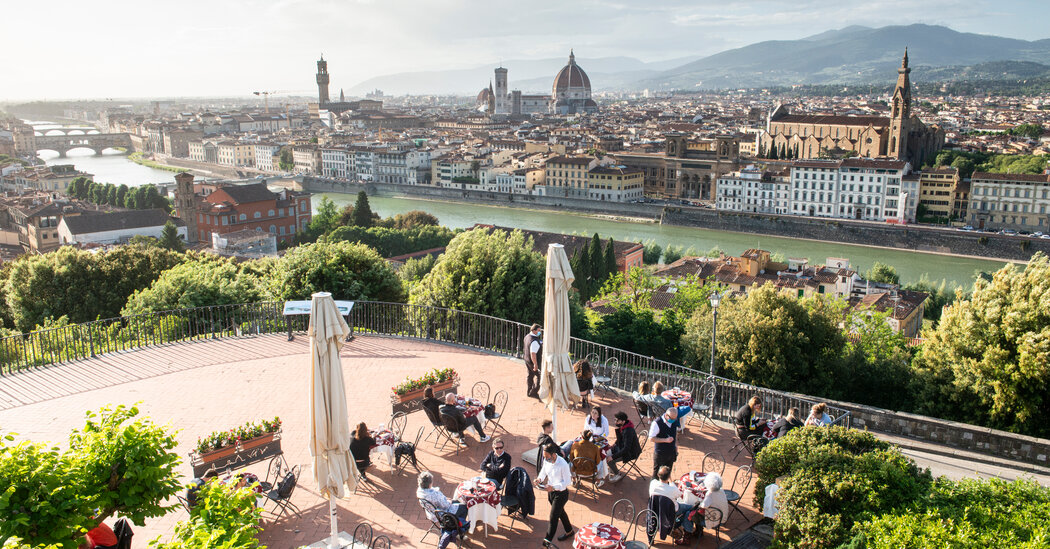 ROME — As Dr. Mario Sorlini sits patients down in a vaccination center near the badly affected Italian town of Bergamo, he explains a potential complication of the coronavirus vaccine.

The second dose, he tells patients with terror-stricken faces, will fall on a date during the summer holidays.

“‘But I’ll be in Sardinia then,’” he said that some had responded with distress. Others moan about hotel rooms they’ve already booked. Some, he said, get up and leave.

For months, Italians have hungered for the vaccines that would give them safety, freedom from lockdown and a taste of normal life. After initial pitfalls and hurdles, the vaccination campaign is finally speeding up, but it is heading smack into the summer holidays that are sacred for many Italians and prompting fears among officials that a significant number would rather get away than get vaccinated.

recent vacation anthem. That could create a significant danger next autumn, Ms. Tosi wrote in an open letter to the region’s president.

“The Second Shot Blocks Vacation,” read a headline in Messaggero Veneto, a newspaper in northeastern Italy, echoing concerns in papers, websites and social media accounts across the country.

An estimated 20 million Italians — mostly 40- and 50-somethings — face the prospect of getting their second shots in the middle of July or worse, in the riptide that is the Italian August, which pulls people out of cities and into swelling seaside towns.

To avoid a potentially disastrous summer freeze in the vaccination campaign, and more economic pain, Italy’s regions are urging the government to meet vacationers where they are and offer shots on the beach.

led by Prime Minister Mario Draghi, prides itself on pragmatism and is desperate to get the tourism economy moving. Mr. Draghi recently announced that Italy would lift quarantines and restrictions on vaccinated international tourists and told them “it’s time to book your holidays in Italy.”

Island paradises like Capri, favored by many foreigners, have accelerated their vaccination campaigns and are now considered Covid free. But when it comes to Italians, who are themselves still in the process of getting vaccinated during the summer months, the government has sought to strike a balance between openness to innovative ideas and scolding Italians for their spring and summer fever.

“If we do flights of fancy and inventions, I’m not in,” Francesco Paolo Figliuolo, an army general who has been put in charge of Italy’s vaccination effort, said on Tuesday, seeking to throw cold water on plans floated by governors to inoculate vacationing Italians wherever they might go.

told reporters. “And that it is technically impossible.”

He suggested leaving vacations for a day and then heading back.

Bergamo, said that for now, most of his patients were accepting the summer date for follow-up shots but that many asked, “‘Can I do it at the beach?’”

He said he expected at least 10 people a day to give up on their August appointments for second shots, which means he will struggle to keep those doses from going to waste.

Ciro Mautone, 58, a security guard at Camponeschi, a cafe popular with the vacation set in Rome, said that he had selected the Johnson and Johnson vaccine, which does not require a second shot, in part not to interrupt a potential holiday.

But he said that after the brutal year, with his work hit by the closing of businesses, he was focused on making up lost income rather than fretting about cutting short a vacation.

“I wish I had that problem,” he said.

It’s a property that offers a unique open floor plan—plus a hot tub with a view.“It was a Methodist church located in a historic little area of St. … END_OF_DOCUMENT_TOKEN_TO_BE_REPLACED