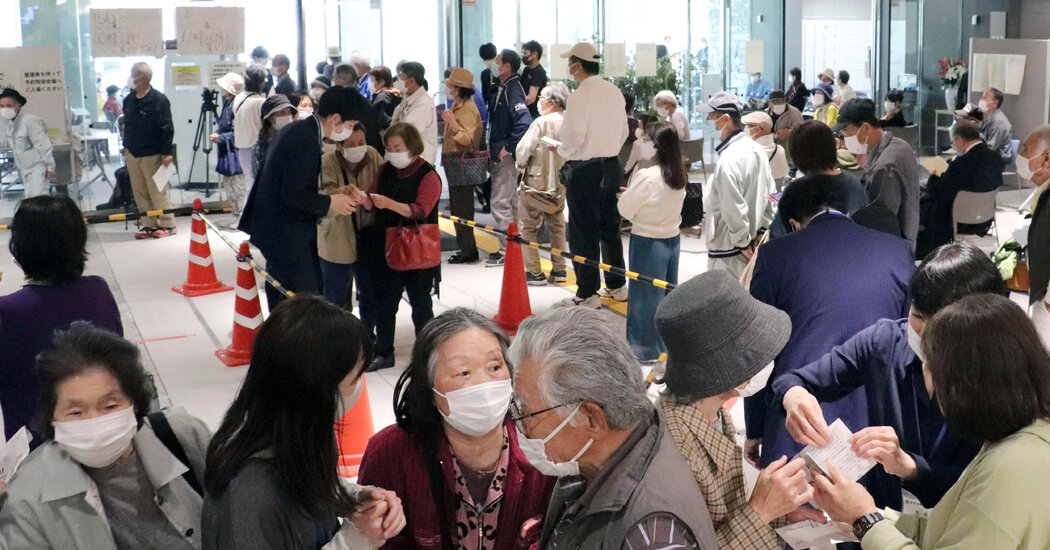 Japan on Friday approved the Moderna and AstraZeneca coronavirus vaccines for use in adults, giving the country much-needed new options as it tries to speed up an inoculation campaign that has been one of the slowest in the developed world.

Previously, only the Pfizer vaccine had been authorized for use in Japan, where just 4.1 percent of the population has received a first shot. Vaccinations have been held up by strict rules that allow only doctors and nurses to administer shots, and by a requirement that vaccines be tested on people in Japan before they are approved for use.

Japan is in the midst of a fourth wave of Covid-19 infections, just two months before the Summer Olympics in Tokyo are set to begin. Tokyo and eight other prefectures are under a state of emergency that will last at least until the end of this month, and Okinawa is expected to be added to that list. Japan has been reporting about 5,500 cases a day, compared to 1,000 in early March.

A health ministry panel recommended on Thursday night that the government approve the Moderna and AstraZeneca vaccines. The health minister, Norihisa Tamura, said the Moderna shots would be used at mass inoculation sites scheduled to open on Monday in Tokyo and Osaka, which will be staffed mainly by military doctors and nurses.

The poshest place in California's Coachella Valley is The Madison Club. This exclusive gated community in La Quinta is where A-listers and tycoons … END_OF_DOCUMENT_TOKEN_TO_BE_REPLACED

KOROPY, Ukraine — Four men tugged at long strips of fabric to lift a coffin out of the gaping hole in the backyard of a small house. They flung the … END_OF_DOCUMENT_TOKEN_TO_BE_REPLACED