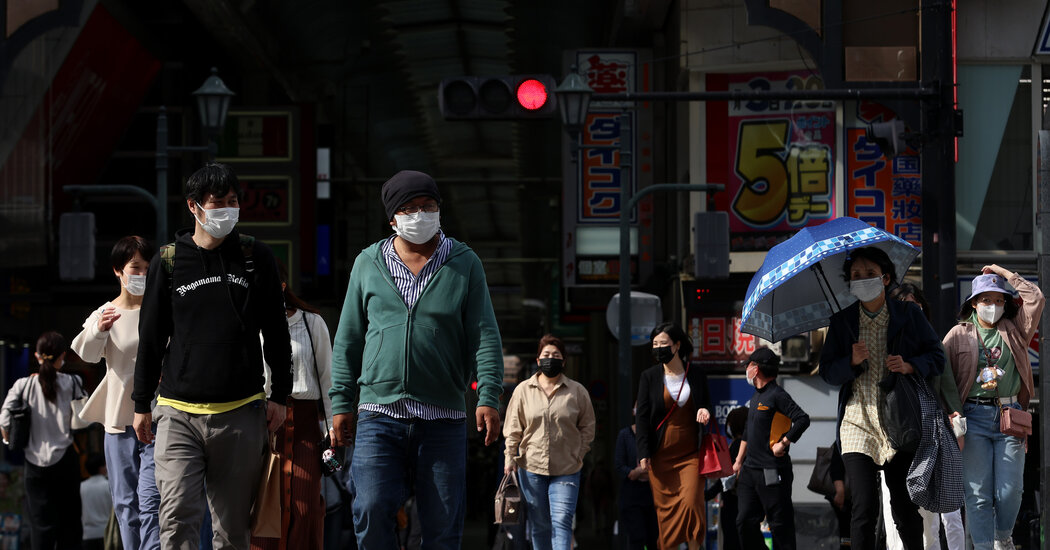 TOKYO — Japan on Friday declared states of emergency in Tokyo, Osaka and surrounding areas in an effort to stem a widening coronavirus outbreak three months before the country plans to host the Summer Olympics.

The measures will take effect on Sunday, Prime Minister Yoshihide Suga said, calling them “a short and concentrated measure” to slow the virus’s spread during the Golden Week holiday, traditionally one of the year’s busiest travel periods.

In addition to Tokyo and Osaka, the states of emergency cover the neighboring prefectures Kyoto and Hyogo and will be in place until May 11. Together, the four prefectures are home to roughly a quarter of Japan’s 126 million people.

Japan has managed the pandemic better than many other large economies, but a stubborn fourth wave, propelled by more infectious variants of the virus, has produced the most daily cases since January. Officials began imposing looser restrictions in early April over parts of 10 prefectures, but those steps have failed to corral the outbreak.

going ahead with the Olympics, which were rescheduled from last year. Organizers have said the event will take place without spectators from abroad, and have barred crowds from parts of the ceremonial torch relay. Still, in surveys, more than 70 percent of Japanese say the games should be postponed again or canceled.

slower than in many other countries, with less than 1 percent of the population fully inoculated, according to a New York Times database.

You were seeing double this week: A spectacular $54 million compound featuring two equally luxurious mansions separated by a private lake in Southwest … END_OF_DOCUMENT_TOKEN_TO_BE_REPLACED

Taylor Heinicke #4 of the Washington Football Team celebrates after defeating the Seattle Seahawks at FedExField on November 29, 2021 in Landover, … END_OF_DOCUMENT_TOKEN_TO_BE_REPLACED

Members of the Ukrainian Police force, Larisa, 31, and Roman, 30, get married at a wedding hall at an expo center in Kyiv, Ukraine, on … END_OF_DOCUMENT_TOKEN_TO_BE_REPLACED