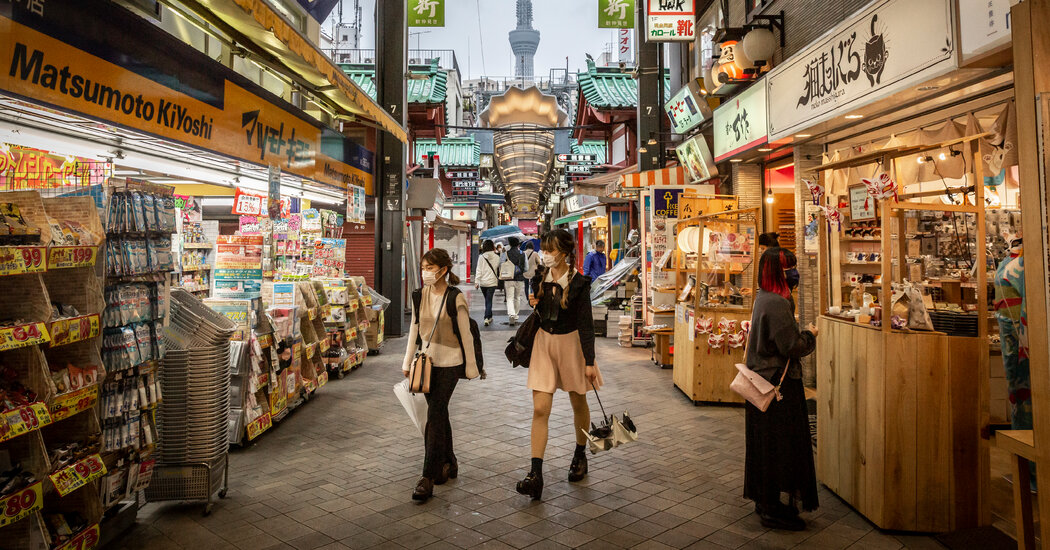 Japan’s economy shrank in the first three months of 2021, continuing a swing between growth and contraction as its plodding vaccination campaign threatened to stall its recovery even as other major economies appeared primed for rapid growth.

Since the coronavirus emerged, Japan’s domestic demand has experienced cycles of shrinkage and expansion, as coronavirus cases have risen and consumers have retreated indoors, and as infections have then dropped and businesses have welcomed customers back.

Currently, Japan is suffering a resurgence in cases, with much of the country under a state of emergency and deaths climbing, especially in Osaka. The yo-yoing economic pattern, analysts said, is unlikely to stop until the country has vaccinated a significant portion of its population, an effort that has just begun.

Japan’s economy, the world’s third largest after the United States and China, shrank 1.3 percent during the January-to-March period, for an annualized drop of 5.1 percent. The contraction followed two consecutive quarters of expansion.

Growth rocketed in the second half of last year as consumers, who had spent months holed up at home to avoid the virus, piled into stores and restaurants.

The rebound went a long way toward digging the economy out the early months of the pandemic. But the turnaround is fragile and will be hard to maintain as long as the country faces the threat of the virus.

AUSTIN, Texas--(BUSINESS WIRE)--As the first multifamily management company to be recognized in the Public Relations and Marketing Excellence Awards, … END_OF_DOCUMENT_TOKEN_TO_BE_REPLACED

There have been whispers of cooling housing and rental prices in the San Francisco Bay Area, but that hasn't yet translated into practical, noticeable … END_OF_DOCUMENT_TOKEN_TO_BE_REPLACED

Cars pass in Independence Square at twilight in Kyiv, Ukraine, Monday, Oct. 31, 2022. Rolling ... [+] blackouts are increasing across Ukraine as the … END_OF_DOCUMENT_TOKEN_TO_BE_REPLACED