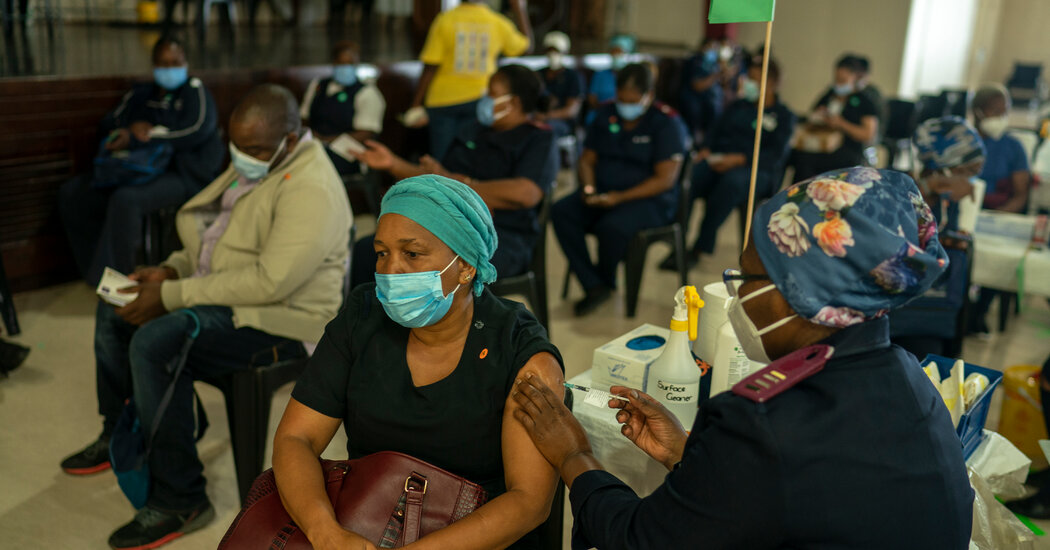 South Africa will resume the use of the Johnson & Johnson vaccine to inoculate health care workers next week, offering some relief to the country that has suffered a series of blows to its vaccination efforts in recent months, according to South African authorities.

The country suspended an early-access Johnson & Johnson vaccination program last week after health officials in the United States put a pause on the vaccine amid concerns of rare blood clots that emerged in a handful of people who received it.

South Africa’s decision to move forward again was the second green light this week for Johnson & Johnson. On Tuesday, the European Union drug regulator also recommended resuming the rollout of the company’s vaccine.

Now, many eyes are on Washington, where a federal advisory panel is scheduled to meet Friday to discuss whether to lift the pause in the United States.

Health experts welcomed the resumption of the vaccine campaign in South Africa, which has recorded more coronavirus cases than any other country on the continent and has suffered serious setbacks in its attempt to combat the virus in recent months.

In February, health officials scrapped plans to use the AstraZeneca vaccine after it proved ineffective against a variant of the virus now dominant in South Africa. The decision came a week after a million doses of the vaccine arrived in the country and amid a devastating second wave of virus cases.

Though the Johnson & Johnson vaccine has not yet been approved for general use in South Africa, it has been used as part of a research study offering early access to the vaccine to the country’s 1.2 million health care workers.

South African health officials are gearing up to extend vaccinations to the general public starting in May. In a first step to launching a national rollout, the country last week opened its vaccine registration to people over 60 years old, who will be among the first to be inoculated.

Whether you optimistically hope that mortgage rates will decline or are resigned that rates will stay elevated above the historic lows of 2021, you … END_OF_DOCUMENT_TOKEN_TO_BE_REPLACED

A resident of Nikopol, Ukraine, in her backyard last month, with smoke rising from an area on the opposite bank of the Dnipro River. Credit...David … END_OF_DOCUMENT_TOKEN_TO_BE_REPLACED