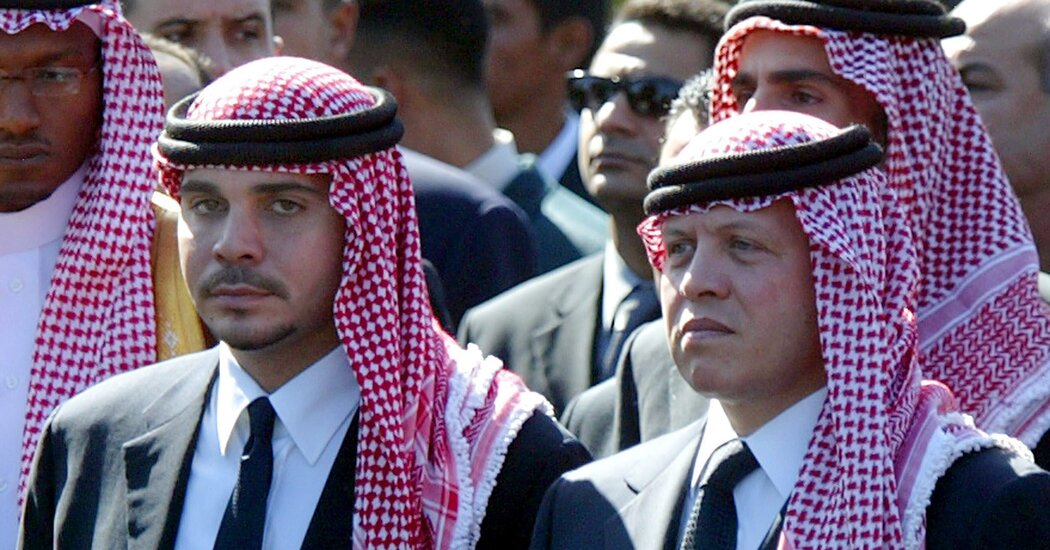 The former crown prince of Jordan vowed on Monday to defy the orders of the government and his half brother, King Abdullah II, to stop communicating with the world even as he remained under what he described as house arrest in his home.

“I’m not going to obey when they say you can’t go out, you can’t tweet, you can’t communicate with people,” the former crown prince, Prince Hamzah bin Hussein, said in an audio message posted to Twitter by his supporters.

The government has accused Prince Hussein of destabilizing the “security and stability” of Jordan, a vital American ally in the Middle East. The Jordanian foreign minister, Ayman Safadi, suggested on Sunday that the prince was involved in a failed palace coup that had foreign backing.

The bitter family feud and public airing of palace intrigue has been a blow to Jordan’s image as an island of stability in a volatile region.

defending himself in a video released on Saturday.

He denied involvement in any plot against King Abdullah, though he did condemn the government as corrupt, incompetent and authoritarian.

AUSTIN, Texas--(BUSINESS WIRE)--As the first multifamily management company to be recognized in the Public Relations and Marketing Excellence Awards, … END_OF_DOCUMENT_TOKEN_TO_BE_REPLACED

There have been whispers of cooling housing and rental prices in the San Francisco Bay Area, but that hasn't yet translated into practical, noticeable … END_OF_DOCUMENT_TOKEN_TO_BE_REPLACED

Cars pass in Independence Square at twilight in Kyiv, Ukraine, Monday, Oct. 31, 2022. Rolling ... [+] blackouts are increasing across Ukraine as the … END_OF_DOCUMENT_TOKEN_TO_BE_REPLACED