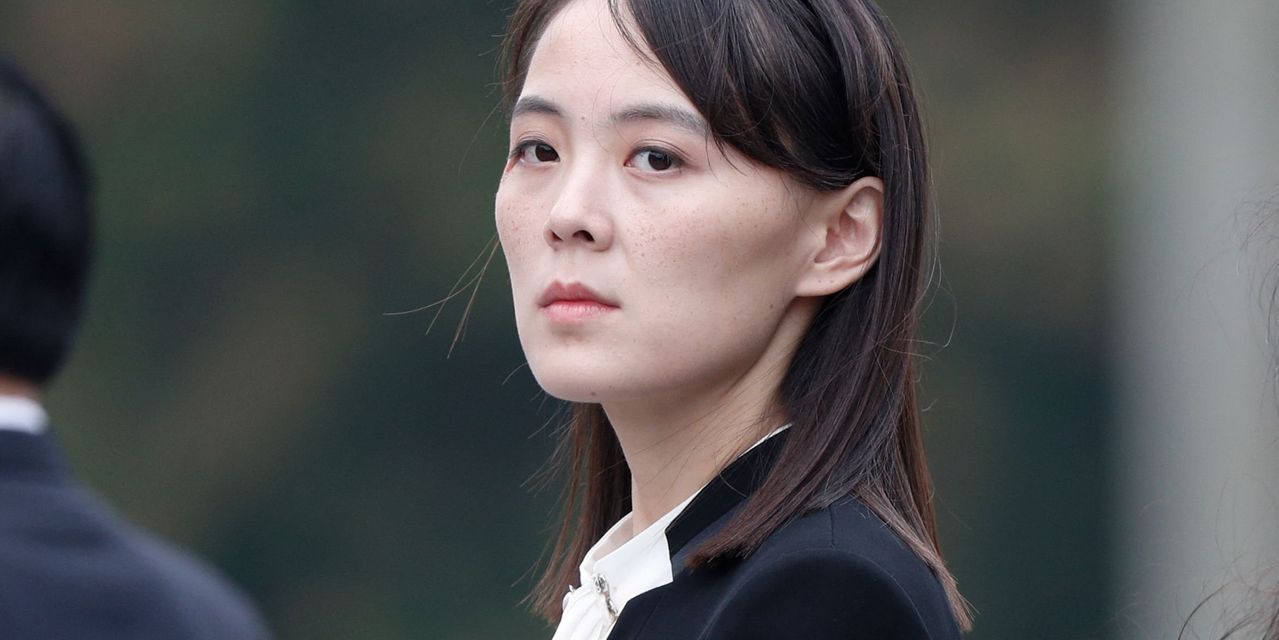 SEOUL—Kim Jong Un’s sister warned that the U.S. should avoid causing a stink with North Korea if the two countries are to enjoy a peaceful relationship, as a pair of top Biden administration officials traveled to the region.

In a Tuesday state-media report, Kim Yo Jong, the younger sister of the North Korean dictator, railed against combined military exercises between the U.S. and South Korea that began last week. The trainings have for years been scaled-down affairs, having moved to computer simulations. But the Kim Jong Un regime has long been irked by the exercises, choosing to view them as U.S. hostilities.

Ms. Kim mostly levied insults at the Seoul government and didn’t mention President Biden by name. But she singled out the new U.S. administration, which she said has been “trying hard to give off [a] powder smell in our land,” according to the English language version of the report.

“If it wants to sleep in peace for [the] coming four years, it had better refrain from causing a stink at its first step,” said Ms. Kim, deputy director of the North’s propaganda and agitation department.

The poshest place in California's Coachella Valley is The Madison Club. This exclusive gated community in La Quinta is where A-listers and tycoons … END_OF_DOCUMENT_TOKEN_TO_BE_REPLACED

KOROPY, Ukraine — Four men tugged at long strips of fabric to lift a coffin out of the gaping hole in the backyard of a small house. They flung the … END_OF_DOCUMENT_TOKEN_TO_BE_REPLACED