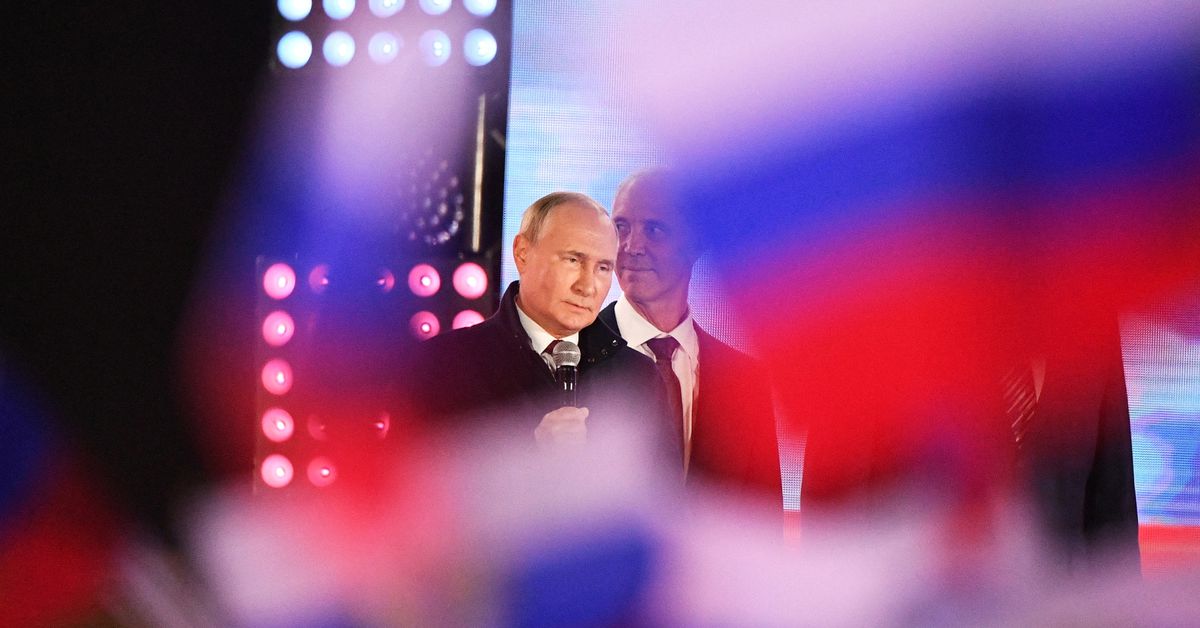 LONDON, Oct 5 (Reuters) – As President Vladimir Putin completed paperwork for the annexation of four regions of Ukraine on Wednesday, the Kremlin said there was no contradiction between Russian retreats and Putin’s vow that they would always be part of Russia.

The conclusion of the legalities of the annexation of up to 18% of Ukrainian territory came as Russian forces battled to halt Ukrainian counter-offensives within it, especially north of Kherson and west of Luhansk.

Asked if there was a contradiction between Putin’s rhetoric and the reality of retreat on the ground, Kremlin spokesman Dmitry Peskov said: “There is no contradiction whatsoever. They will be with Russia forever and they will be returned.”

The wording of the laws is unclear about what exact borders Russia is claiming for the annexed territories and Peskov declined to give clear guidance.

“Certain territories will still be returned and we will continue to consult with the population that expresses a desire to live with Russia,” Peskov said.

The contrast between a set of defeats on the battlefield and lofty language from the Kremlin about Russia’s might have raised concerns within the Russian elite about the conduct of the war.

Such is the depth of feeling over the retreats that two Putin allies publicly scolded the military top brass about the failings.

Russia declared the annexations after holding what it called referendums in occupied areas of Ukraine. Western governments and Kyiv said the votes breached international law and were coercive and non-representative.

More than seven months into a war that has killed tens of thousands and triggered the biggest confrontation with the West since the 1962 Cuban Missile crisis, Russia’s most basic aims are still not achieved.

The areas that are being annexed are not all under control of Russian forces and Ukrainian forces have recently driven them back.

Together with Crimea, which Russia annexed in 2014, Putin’s total claim amounts to more than 22% of Ukrainian territory, though the exact borders of the four regions he is annexing are still yet to be finally clarified.

Moscow, which recognised Ukraine’s post-Soviet borders in the 1994 Budapest Memorandum, will never give the regions back, Putin said on Friday at a grand Kremlin treaty-signing ceremony which brought the partially controlled regions into Russia.

Russia’s parliament said people living in the annexed regions would be granted Russian passports, the Russian Central Bank would oversee financial stability and the Russian rouble would be the official currency.

In justifying the Feb. 24 invasion, Putin said that Russian speakers in Ukraine had been persecuted by Ukraine which, he said, the West was trying to use to undermine Russian security.

Ukraine and its Western backers say that Putin has no justification for what they say is an imperial-style land grab. Kyiv denies Russian speakers were persecuted.

Now Putin casts the war as a battle for Russia’s survival against the United States and its allies, which he says want to destroy Russia and grab its vast natural resources.

Reporting by Reuters; Editing by Guy Faulconbridge and Philippa Fletcher

AUSTIN, Texas--(BUSINESS WIRE)--As the first multifamily management company to be recognized in the Public Relations and Marketing Excellence Awards, … END_OF_DOCUMENT_TOKEN_TO_BE_REPLACED

There have been whispers of cooling housing and rental prices in the San Francisco Bay Area, but that hasn't yet translated into practical, noticeable … END_OF_DOCUMENT_TOKEN_TO_BE_REPLACED

Cars pass in Independence Square at twilight in Kyiv, Ukraine, Monday, Oct. 31, 2022. Rolling ... [+] blackouts are increasing across Ukraine as the … END_OF_DOCUMENT_TOKEN_TO_BE_REPLACED