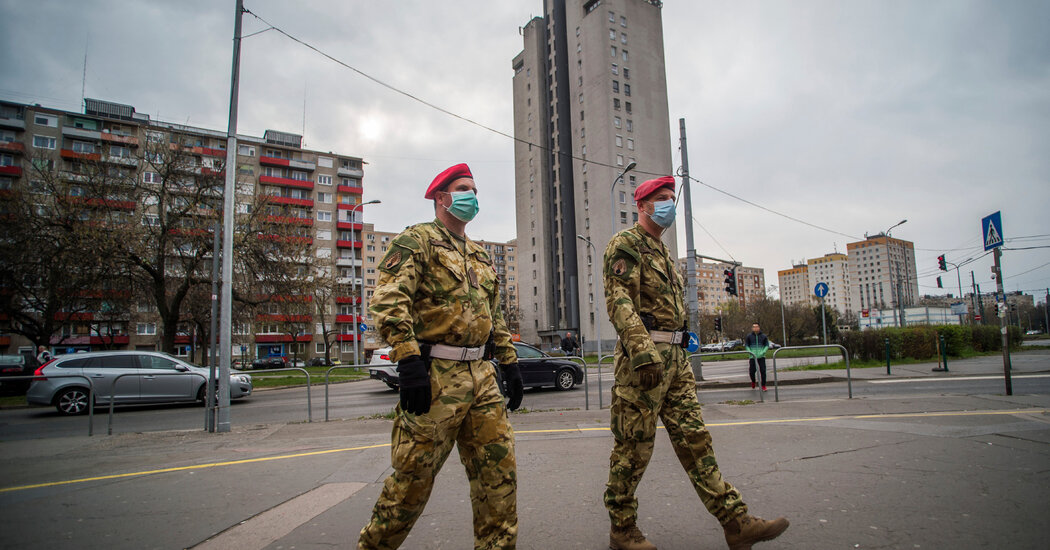 The coronavirus pandemic has weakened democracy across Europe, according to a human rights group that looked into 14 countries. On Tuesday, the group warned against increasing threats to journalists, limits on freedom to protest, and the weakening independence of the judicial systems, among other developments.

Governments across the world have seized extraordinary powers to fight the pandemic, and from South America to Europe and Asia, critics have cautioned that new powers that have little to do with the public health crisis could bear consequences on the rule of law for years to come.

Fears over the misuse of such prerogatives by governments in Eastern Europe have been widely documented, and in its report, the Berlin-based Civil Liberties Union for Europe said that countries such as Hungary, Poland or Slovenia had used the pandemic to strengthen their hold on power and limit criticism of the government.

But the report also sheds a new light on threats that loom in countries with strong democratic participation such as France, Germany, Ireland and Sweden.

“People’s freedoms, including the right to protest, have been curtailed in a bid to stop the spread of the virus and lawmaking has often gone through fast-track procedures,” the report said. It added that these extraordinary measures had “limited oversight of the executive and restricted the possibility for civil society to get involved in the political process.”

The group also warned about an increasingly hostile environment for journalists in Spain and Italy, and the rising disruption of protests and arbitrary detention of protesters in France, Croatia, and Bulgaria. In Germany, the police cracked down on protests that happened despite protesters respecting social distancing rules, the report noted, and in Ireland, privacy concerns around a Covid tracking app have remained unanswered by the authorities.

“No E.U. country is immune to threats to democracy and more concrete efforts are badly needed to revert worrying trends,” the group said.

Chief Covelli said Mr. Crimo planned the shooting for several weeks, but that the authorities had not yet established what his motive was. “We have no … END_OF_DOCUMENT_TOKEN_TO_BE_REPLACED

Kevin McKenzie and Martine van Hamel were standing in the dining room of their weekend house in Woodstock, N.Y., trying to figure out when they got … END_OF_DOCUMENT_TOKEN_TO_BE_REPLACED