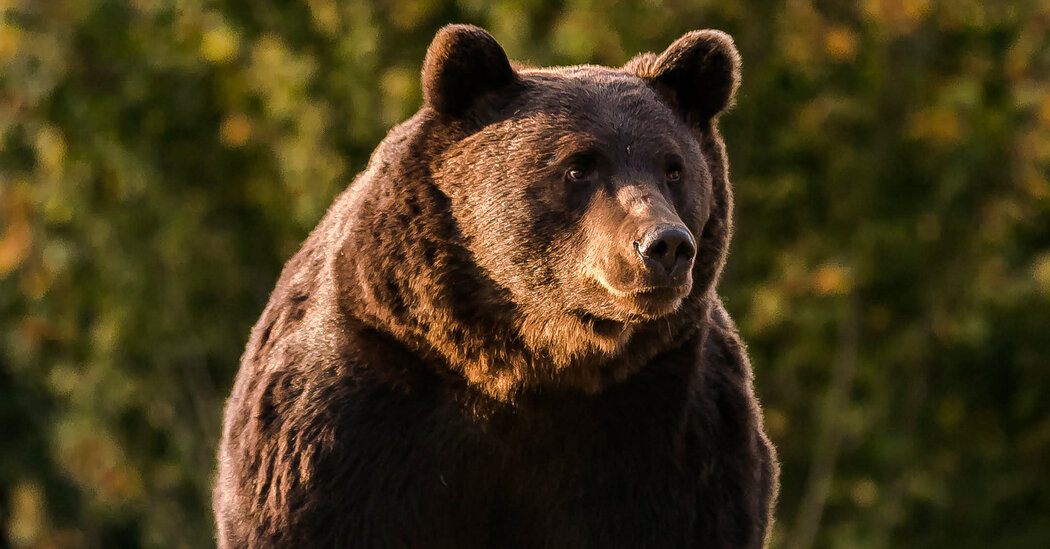 BUCHAREST, Romania — The apparent killing of a large brown bear in Romania by a member of the Liechtenstein royal family has set off a wave of anger across the southeastern European country, which officially banned trophy hunting in 2016 but allows the killing of bears deemed to be problematic. Permits to kill these bears can cost many thousands of dollars.

The killing, which took place in March, came to light this week after two environmental groups accused Prince Emanuel von und zu Liechtenstein of killing the bear, nicknamed Arthur, in a protected area of the Carpathian Mountains. Romanian police have opened a criminal investigation into Arthur’s death, with poaching one of the potential charges.

While the prince, who lives in Austria, had been granted a permit by the Romanian environment ministry to shoot a cub-rearing female bear that had been causing damage to farms, he has been accused of killing Arthur instead.

Attempts to contact the prince’s office went unanswered. Earlier in the week the office told the Agence France-Presse news agency that it didn’t know anything about what it called a “private and personal matter.”

with tensions regularly flaring up between bear populations and rural communities. Romania’s official bear population is 6,000, but on Thursday evening Mr. Barna said there were over 7,000 bears in the country.

Romania banned trophy hunting in 2016, but grants permits for the killing of bears that have endangered human lives and property, and only then as a last resort after options like relocation have failed. Official documents show that Prince Emanuel was granted a four-day permit in March, which allegedly cost him about $8,500.

While hunting associations help to keep dangerous bears in check, there are concerns that the system in place is ineffective and ripe for abuse.

Octavian Berceanu, the head of Romania’s National Environmental Guard protection agency, said that there were significant issues with the documentation justifying the recent killing.

“They said for 20 days in a row they observed a bear causing a lot of damage,” he said of the hunting association that had applied for the permit used by the prince’s group, adding the application was “missing any evidence, missing a picture or pictures. Those papers are made without objective proof, just a report that for 20 days a bear came here and made damages.”

Others also see larger, systemic issues with giving out permits.

“Starting from the second half of 2017, the vast majority were actually used in reality for trophy hunting and they were justified” by citing damage caused by the animals, said Csaba Domokos, a bear expert with the Milvus Group, a conservation organization, referring to the special permits.

“In most cases the bears that eventually ended up being shot had nothing to do” with the damage for which the permits had been granted, he said.

Mr. Domokos said that a lot of property damage is caused by females with cubs. But hunters do not like killing female bears, especially those with cubs, so they often report that solitary males are responsible and hunt them.

“These big bears are the least likely to cause these kinds of problems because otherwise they would not have gotten to that size,” he said.

The Seattle Seahawks are very much still in the running for Baker Mayfield. (Photo by Stacy ... [+] Revere/Getty Images) Getty Images The Seattle … END_OF_DOCUMENT_TOKEN_TO_BE_REPLACED

(CNN) — Kim Kyung-seop recalls going to cheap bars after class with his friends, where they binged on as much makgeolli as possible. "You know the … END_OF_DOCUMENT_TOKEN_TO_BE_REPLACED