President Biden warned Vladimir V. Putin of Russia on Saturday that invading Ukraine would result in “swift and severe” costs to Russia, diminish his country’s standing and cause “widespread human suffering,” as Western officials made another diplomatic push to dissuade Mr. Putin from pressing forward with an attack.

It remained unclear if Mr. Putin would invade, according to senior administration officials. One senior national security official, who briefed reporters shortly after the call took place, said that there was “no fundamental change in the dynamic that has unfolded now for several weeks,” an acknowledgment that Mr. Putin has continued to build up a military presence that has effectively surrounded Ukraine.

After the call, a senior administration official said that the situation remained as urgent as it was on Friday when Jake Sullivan, the president’s national security adviser, warned Americans to leave the country in the coming days.

The official pointed out that the Russians were continuing their military buildup even as Mr. Biden and Mr. Putin prepared to speak, underscoring concern among U.S. officials that Mr. Putin was capable of initiating a major military incursion, even if it remained unclear if he would actually do so.

The officials discussed the call on condition of anonymity because they were not authorized to speak publicly.

The Russian government was expected to present its assessment of the call soon.

The two leaders spoke just hours after the State Department ordered all but a “core team” of its diplomats and employees to leave the American Embassy in Kyiv over fears that Moscow would soon mount a major assault.

Reflecting the urgent concern in Washington over Russia’s growing military buildup surrounding its smaller neighbor, the Pentagon said it would temporarily pull 160 American military trainers out of the country, where they had been working with Ukrainian troops near the Polish border.

Even as Mr. Biden and Mr. Putin spoke by telephone — and after calls earlier Saturday between the top U.S. and Russian diplomats and between the countries’ defense secretaries — the path to a diplomatic resolution to the standoff appeared to be narrowing, with growing numbers of Russian and Russian-backed forces massing around Ukraine on three sides.

U.S. intelligence officials had thought Mr. Putin was prepared to wait until the end of the Winter Olympics in Beijing before possibly ordering an offensive, to avoid antagonizing President Xi Jinping of China, a critical ally. But in recent days, they say, the timeline began moving up, an acceleration that Biden administration officials began publicly acknowledging on Friday.

“We continue to see signs of Russian escalation, including new forces arriving at the Ukrainian border,” Mr. Sullivan told reporters on Friday, adding that an invasion could begin “during the Olympics,” which are scheduled to end on Feb. 20.

U.S. officials do not know whether Mr. Putin has decided to invade, Mr. Sullivan insisted. “We are ready either way,” he said. “Whatever happens next, the West is more united than it has been in years.” 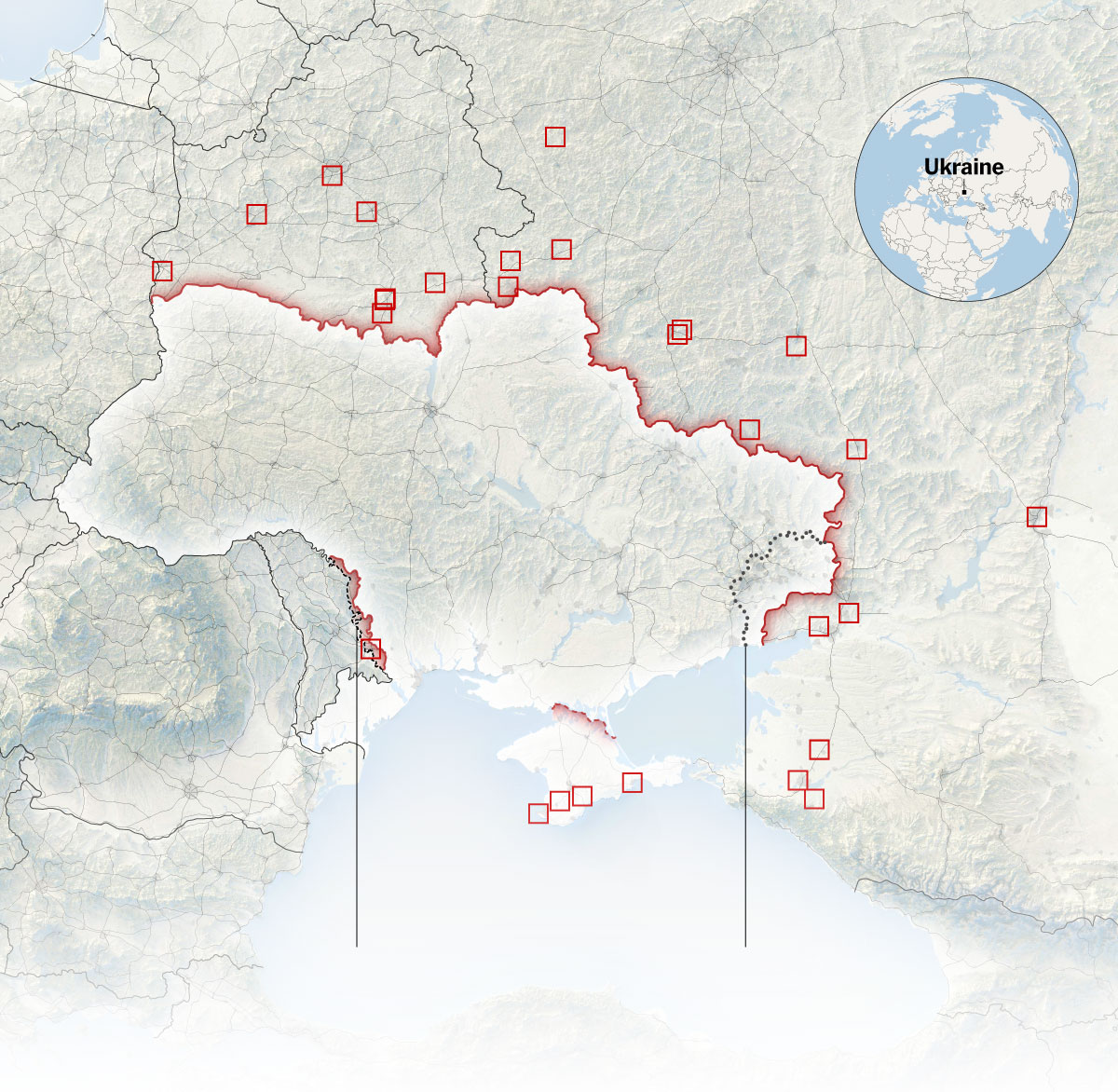 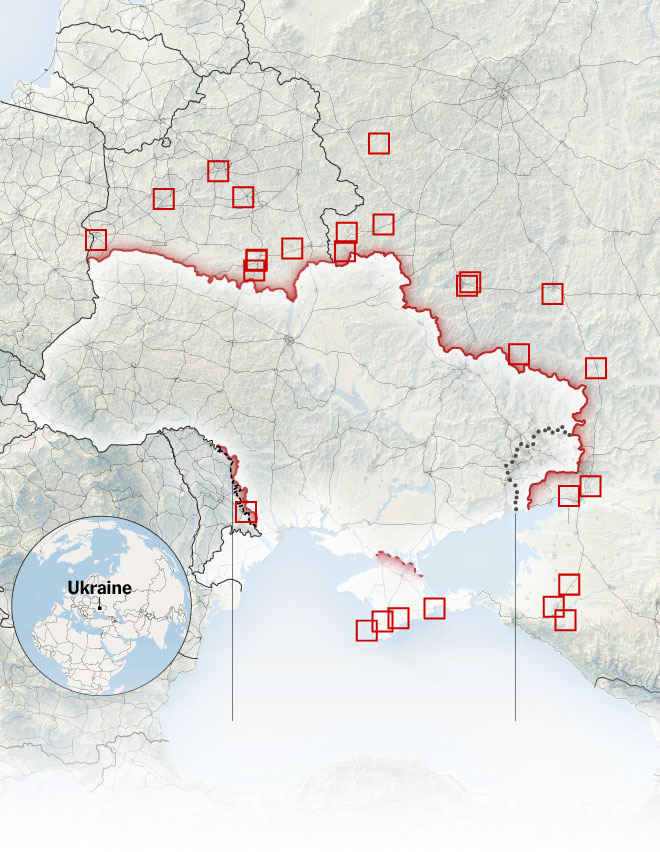 The United States has picked up intelligence that Russia is discussing next Wednesday as the target date for the start of military action, officials said, acknowledging the possibility that mentioning a particular date could be part of a Russian disinformation effort.

The Ukrainian government urged calm, with President Volodymyr Zelensky saying that he had not seen intelligence indicating an imminent Russian attack, and that “too much information” about a possible offensive was sowing unnecessary fear.

The United States has ruled out sending troops to defend Ukraine, but it has increased deployments to NATO member countries in Eastern Europe. The Pentagon on Friday said it had ordered 3,000 more soldiers to Poland.

The White House is eager to avoid a repeat of the chaotic evacuation of the U.S. Embassy staff from Kabul last August as Afghanistan fell to the Taliban. The United States and countries including Britain, Denmark, Germany, Japan, Latvia and the Netherlands have issued increasingly urgent calls for their citizens to leave Ukraine. On Saturday, KLM, the main Dutch airline, announced that it will stop flying to Ukraine, citing the security situation.

A State Department official emphasized on Saturday that the U.S. military would not be evacuating American citizens from Ukraine in the way troops did in Afghanistan.

Russia has accused Western countries of spreading misinformation about its intentions. On Saturday, its Foreign Ministry said it was pulling some of its diplomatic personnel out of Ukraine because it was “drawing the conclusion that our American and British colleagues seem to know about certain military actions.”

AUSTIN, Texas--(BUSINESS WIRE)--As the first multifamily management company to be recognized in the Public Relations and Marketing Excellence Awards, … END_OF_DOCUMENT_TOKEN_TO_BE_REPLACED

There have been whispers of cooling housing and rental prices in the San Francisco Bay Area, but that hasn't yet translated into practical, noticeable … END_OF_DOCUMENT_TOKEN_TO_BE_REPLACED

Cars pass in Independence Square at twilight in Kyiv, Ukraine, Monday, Oct. 31, 2022. Rolling ... [+] blackouts are increasing across Ukraine as the … END_OF_DOCUMENT_TOKEN_TO_BE_REPLACED