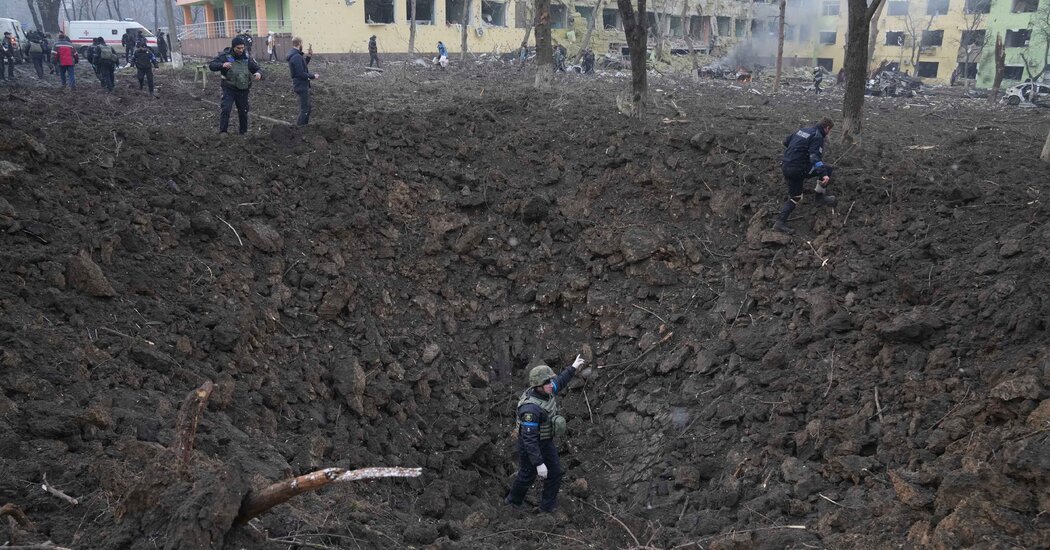 Ukrainian government officials said Wednesday that damage by Russian forces had left the former Chernobyl nuclear power plant “disconnected” from outside electricity, leaving the site of the worst nuclear accident in history dependent on power from diesel generators.

The International Atomic Energy Agency, the United Nations agency on nuclear power, said Wednesday that it saw “no critical impact on safety” at the complex.

The American Nuclear Society, a professional group, agreed. “The loss of power is a serious matter but it does not pose a threat to the public,” it said in a statement.

But officials warned that the situation around the plant, where there was an explosion and fire at one of the reactors in 1986, was still of grave concern.

The plant has not produced electricity since the last of its four reactors was shut down in 2000, but if its generators stopped working, that could affect the operations to store the large quantities of radioactive nuclear waste there.

Since the plant was captured by Russian forces not long after the invasion began last month, the I.A.E.A. has said that there have been interruptions in the feed of data it receives automatically from radiation monitors and other sensors at the plant.

A full loss of power would cut that feed completely, leaving the agency’s experts with little knowledge of what is going on there, except what could be gathered using portable devices. On Tuesday, the I.A.E.A. said it had lost communications with its sensors at the plant.

The most hazardous waste at Chernobyl is found in two locations.

As is common practice in the nuclear power industry, used fuel from all four reactors is stored in pools of water that dissipate the heat produced as the fuel decays radioactively. When fuel is newly removed from a reactor, there is a lot of decay and thus a lot of heat, so plants need power to run pumps that circulate the storage water to remove excess heat.

The I.A.E.A. has said that the used fuel assemblies at Chernobyl — there are more than 20,000 of them — are old enough and decayed enough that circulating pumps are not needed to keep them safe.

“The heat load of the spent fuel storage pool and the volume of cooling water contained in the pool is sufficient to maintain effective heat removal without the need for electrical supply,” the agency said.

The other main source of nuclear waste are the ruins of the destroyed reactor itself. An estimated 200 tons of fuel remain there, in a lava-like mix with molten concrete, sand and chemicals that were dumped on the reactor during the disaster. This mixture is found throughout the remains of the reactor. Some parts of it are completely inaccessible and have only been studied by boring into them.

A functioning reactor requires pumps that circulate water around the core, keeping it cool and moderating the nuclear reaction to avoid a meltdown. There is no cooling water in the chaotic, jumbled remains of the reactor, so the loss of power would not affect them.

But in recent years there have been incidents in which nuclear reactions have started spontaneously in pockets of these fuel-containing materials, leading to spikes in radiation levels. Without monitoring — of humidity in addition to radiation levels — workers would not know if any new incident was occurring.

Since 2017, the destroyed reactor has been covered by a large arched structure, intended to confine the waste and safeguard against any release of radiation. The structure is also meant to allow the work of removing waste to long-term storage.

The facility was only granted an operating license by Ukraine’s authorities last year, so that work had only just begun, and will take decades to complete. There are several large cranes and other specialized equipment to allow crews to work safely. Without power, most if not all of that work could not proceed.

On Wednesday, Russia’s Energy Ministry said that Belarus, whose border is not far from the Chernobyl zone, was working on restoring the power supply of the complex from its own grid.

AUSTIN, Texas--(BUSINESS WIRE)--As the first multifamily management company to be recognized in the Public Relations and Marketing Excellence Awards, … END_OF_DOCUMENT_TOKEN_TO_BE_REPLACED

There have been whispers of cooling housing and rental prices in the San Francisco Bay Area, but that hasn't yet translated into practical, noticeable … END_OF_DOCUMENT_TOKEN_TO_BE_REPLACED

Cars pass in Independence Square at twilight in Kyiv, Ukraine, Monday, Oct. 31, 2022. Rolling ... [+] blackouts are increasing across Ukraine as the … END_OF_DOCUMENT_TOKEN_TO_BE_REPLACED