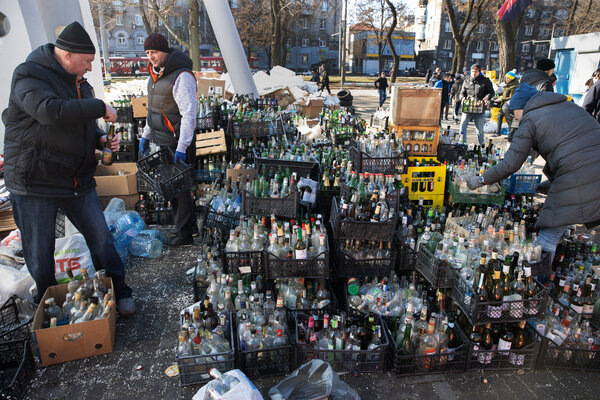 The British oil giant BP said on Sunday that it would “exit” its nearly 20 percent stake in Rosneft, the Russian state-controlled oil company. BP also said that both its chief executive, Bernard Looney, and his predecessor, Bob Dudley, would resign their seats on the Rosneft board.

BP, which is based in London, has worked in Russia for over 30 years, but the invasion of Ukraine “represents a fundamental change,” the company’s chairman, Helge Lund, said in a statement on Sunday. “It has led the BP board to conclude, after a thorough process, that our involvement with Rosneft, a state-owned enterprise, simply cannot continue.”

BP came under pressure in recent days from both the British government and opposition lawmakers over the Rosneft stake. Prime Minister Boris Johnson has taken a hard line against the Russian invasion ordered by President Vladimir V. Putin, arguing strongly that Europe needs to rapidly reduce its dependence on imports of natural gas from Russia.

In these circumstances, BP’s large holding in Rosneft looked increasingly untenable. The government’s concerns were expressed during a video call between Mr. Looney and the business secretary, Kwasi Kwarteng, on Friday afternoon. A BP spokesman, David Nicholas, said the decision was made by the BP board “after careful and due consideration.”

Mr. Kwarteng praised the decision on Sunday. “Russia’s unprovoked invasion of Ukraine must be a wake up call for British businesses with commercial interests in Putin’s Russia,” he said on Twitter.

It was not clear how BP would accomplish its exit from Rosneft. A BP spokesman said the company would begin to dispose of its stake, valued by BP at $14 billion at the end of last year, but did not yet know how it would accomplish that. Rosneft shares have plummeted in recent days, and the only buyers might be Russian state entities. The opportunity to buy a substantial slice of one of the world’s largest oil producers might also appeal to other state-owned companies like those from China willing to bargain-shop in Russia.

BP, in exiting Rosneft, might draw protests from investors over the resulting loss of dividends from the Russian stake as well as market value. On the other hand, some analysts welcomed BP’s move.

“While we’re surprised it happened so quickly, equity investors will now benefit from removal of Russian news flow volatility and much stronger” environmental credentials at BP, said Oswald Clint, an analyst at Bernstein, a research firm.

The board resignations will lead to accounting changes at BP. The company will no longer book its share of Rosneft’s profits ($2.7 billion last year) and reserves (about 55 percent of BP’s holdings) as well as production (about one-third).

BP received $600 million in dividends from Rosneft last year, and would have been expected to receive more this year because of higher oil prices.

BP also said it would write off at least $11 billion in the first quarter of 2022, but potentially much more, related to the Rosneft holding.

While BP is the Western oil company with the most to lose in Russia, it will remain a relatively large player that under Mr. Looney has been aggressively investing in offshore wind and other clean energy businesses, although these remain small compared with oil and gas at the company.

Moving away from Rosneft fits with this new tack. Biraj Borkhataria, an analyst at RBC Capital Markets, said “the Rosneft stake is out of sync with BP’s longer-term strategic direction,” even though “walking away at this time is obviously not ideal from a shareholder value perspective.”

BP’s exit from Rosneft, once accomplished, will draw at least a temporary line on BP’s long experiment with Russia, which began early this century with the company investing $8 billion in a joint venture called TNK-BP with a group of Russian oligarchs headed by Mikhail Fridman.

After a decade of stormy relations among the partners, BP sold its share in the joint venture to Rosneft in 2013 for $12.5 billion in cash plus the 19.75 percent stake Rosneft.

Other large Western oil companies may also feel a chill over continued operating in Russia. TotalEnergies, the French giant, has a stake in Novatek, a Russian gas producer, and a share in a large liquefied natural gas facility in the Russian Arctic. Shell has a modest shareholding in an L.N.G. facility on Sakhalin Island in the Russian Far East, where Exxon Mobil has been producing oil for a quarter of a century in a joint venture with Rosneft.

Analysts say that Russian operations have already lost relative importance in the portfolios of the Western oil industry. Russia may have vast troves of oil and gas, but the appetite for investing there has been curbed by the combination of climate change concerns and sanctions imposed on the Russian industry over Mr. Putin’s annexation of Crimea in 2014.

Surging oil and gas prices and resulting higher profits may also help paper over whatever earnings hit the companies take in Russia this year, analysts say.

AUSTIN, Texas--(BUSINESS WIRE)--As the first multifamily management company to be recognized in the Public Relations and Marketing Excellence Awards, … END_OF_DOCUMENT_TOKEN_TO_BE_REPLACED

There have been whispers of cooling housing and rental prices in the San Francisco Bay Area, but that hasn't yet translated into practical, noticeable … END_OF_DOCUMENT_TOKEN_TO_BE_REPLACED

Cars pass in Independence Square at twilight in Kyiv, Ukraine, Monday, Oct. 31, 2022. Rolling ... [+] blackouts are increasing across Ukraine as the … END_OF_DOCUMENT_TOKEN_TO_BE_REPLACED