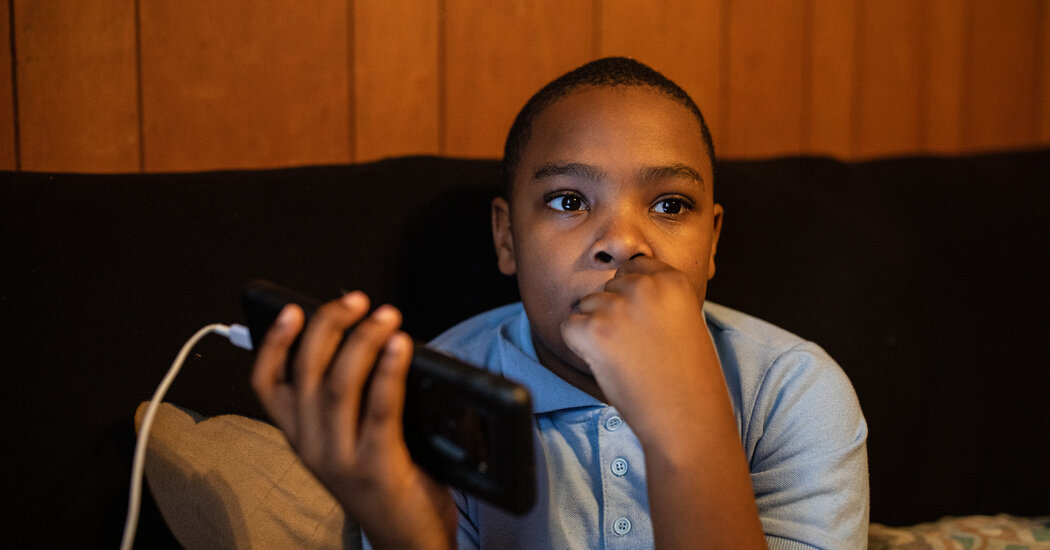 Until the pandemic, Jordyn and his mother, Precious Coleman, lived in Battle Creek, Mich., where he was known among his teachers as a bright but easily distracted student, capable of soaring when he was engaged.

On the day of a standardized test, Jordyn sat in front of his computer, humming to himself and spinning around in his chair. His teacher thought he was goofing off — until the results came in.

After the pandemic hit, Ms. Coleman struggled to make ends meet. She and her two sons ended up moving to Clarksdale, Miss., one of the poorest corners of the United States. Ms. Coleman works an overnight shift at a casino. Jordyn waits for her to return home in the morning so he can log in to school with her cellphone, and she struggles to stay awake to help him.

Now Jordyn is at risk of becoming one of the lost students of the coronavirus pandemic in the most disrupted American school year since World War II.

In fact, it was after Mr. Johnson won the high jump that Hitler left the stadium in Berlin, before Mr. Johnson received his medal, even though earlier … END_OF_DOCUMENT_TOKEN_TO_BE_REPLACED

Listed for $2,975,000 at the beginning of the month, this architectural delight in Virginia Beach had its price trimmed by $125,000 last week. Located … END_OF_DOCUMENT_TOKEN_TO_BE_REPLACED