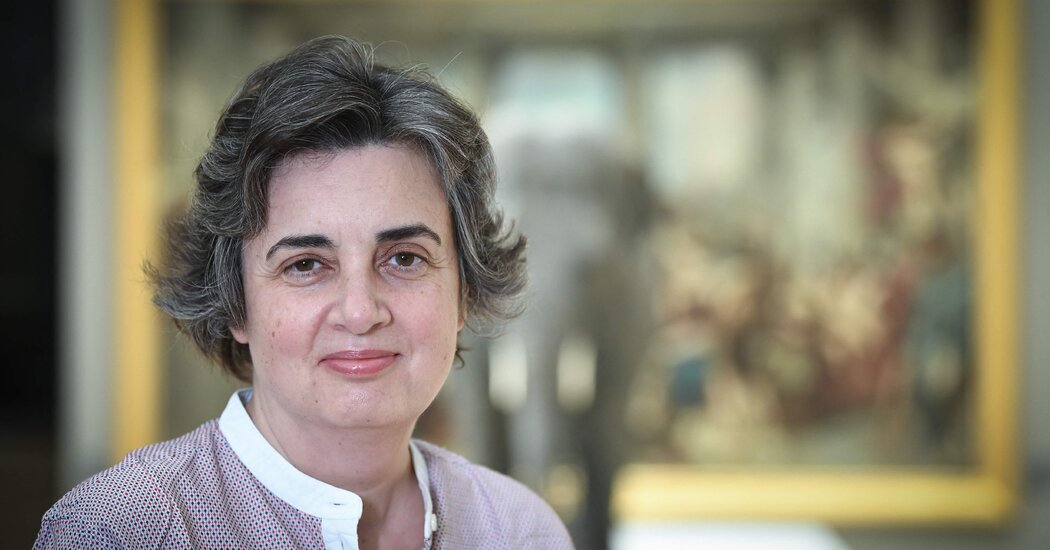 The Louvre is to have a female president for the first time in the Paris museum’s 228-year history.

Laurence des Cars, who is currently president of two other Paris institutions, the Musée d’Orsay and Musée de l’Orangerie, will take over the job — one of the most important in the art world — on Sep. 1, France’s culture ministry said in a news release on Wednesday.

She will take over the museum — which has an annual budget of 240 million euros (about $291 million), more than 2,000 employees and a regional outpost in northern France — at a difficult time. The pandemic has put a break on international tourism. Before it hit last year, the Louvre was getting about 10 million annual visitors, making it the most visited museum in the world.

Her mission will include drawing more young people into the museum, the news release said, and an increased focus on international partnerships.

Des Cars, 54, is something of a Louvre insider, having studied art history at the École du Louvre, the museum’s school. She oversaw the development of Louvre Abu Dhabi, a museum in the United Arab Emirates that leases the Louvre’s brand and which opened in 2017.

Black Models: From Géricault to Matisse,” which focused on previously overlooked Black figures in French art and was developed with the Wallach Art Gallery in New York, is considered a landmark of her tenure.

“A great museum must face history, including by looking back at the history of our own institutions,” she told Agence France-Presse in an interview in April.

Des Cars is among few women to have led major French museums. That dearth is “a consequence of official institutions not reaching out to women enough, or not giving them enough confidence,” des Cars said in a 2018 interview with The New York Times. But there is also “the issue of self-censorship — of women thinking, ‘I’m not up to that kind of job,’” she said.

“Women need to overcome their personal doubts, and to tell themselves: ‘I’m capable of this. It’s coming at the right time in my life and in my career. I’m ready for this,’” des Car added.

The Louvre belongs to the French state, so France’s president appoints the museum’s leader.

A few months ago, it was assumed that Jean-Luc Martinez, the Louvre’s president since 2013, was assured a third, three-year term. Under his tenure, the Louvre grew visitor numbers past 10 million for the first time. Its landmark Leonardo exhibition, which ended a few weeks before France went into a nationwide lockdown last year, drew rave reviews and a record million visitors.

partnerships with brands like Uniqlo, allowing a couple to spend a night in the museum as part of a marketing campaign for Airbnb and leasing the space to Beyoncé and Jay-Z to film the music video for their song “Apes**t.” (The Louvre also features prominently in the Netflix hit “Lupin,” one of the platform’s most-watched series.)

In March, after a dispute over a new color scheme in one of the Louvre’s galleries became a weekslong talking point in France’s news media, Henri Loyrette, a former president of the museum, threw his weight behind Martinez’s critics. He and another high-ranking former Louvre official gave testimony in a lawsuit brought by the Cy Twombly Foundation, which said the new paint job had disfigured a ceiling mural by the abstract American painter.

Martinez will continue at the museum, which reopened on May 19 after months of being closed, until Aug. 31. He will then become a heritage ambassador, responsible for coordinating France’s participation in international projects, the news release said.

Des Cars did not immediately respond to a request for comment.

AUSTIN, Texas--(BUSINESS WIRE)--As the first multifamily management company to be recognized in the Public Relations and Marketing Excellence Awards, … END_OF_DOCUMENT_TOKEN_TO_BE_REPLACED

There have been whispers of cooling housing and rental prices in the San Francisco Bay Area, but that hasn't yet translated into practical, noticeable … END_OF_DOCUMENT_TOKEN_TO_BE_REPLACED

Cars pass in Independence Square at twilight in Kyiv, Ukraine, Monday, Oct. 31, 2022. Rolling ... [+] blackouts are increasing across Ukraine as the … END_OF_DOCUMENT_TOKEN_TO_BE_REPLACED