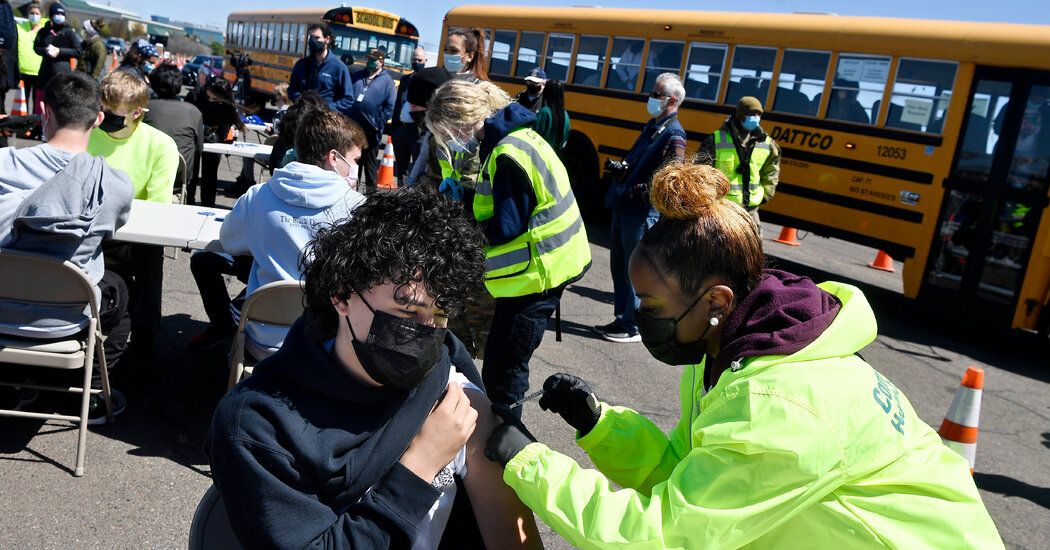 The American public’s willingness to get a Covid vaccine is reaching a saturation point among adults, and many parents do not plan to vaccinate their children, a new national survey suggests.

Only 9 percent of respondents said that they had not yet gotten a shot but intended to do so, according to the survey, which was published in the April edition of the Kaiser Family Foundation’s Vaccine Monitor.

Three in 10 parents said they planned to vaccinate their children as soon as they could. No vaccine is yet available in the U.S. for children; the Pfizer-BioNTech vaccine is expected to be authorized soon for those aged 12 to 15.

The survey found that public confidence in the Johnson & Johnson vaccine has plummeted since health authorities suspended using it for 10 days to examine possible links to a rare, dangerous blood clotting problem.

unlikely that the country will reach herd immunity.

Overall, slightly more than half of a nationally representative sample of 2,097 adults surveyed said they had gotten at least one dose of the vaccine, a finding that matches data from the Centers for Disease Control and Prevention.

The administration announced steps on Tuesday to encourage more pop-up and mobile vaccine clinics and to distribute shots to local pharmacies as well as primary care doctors and pediatricians.

MUSCATINE, Iowa--(BUSINESS WIRE)--HNI Corporation (NYSE: HNI) announced today its Board of Directors declared a quarterly dividend of 32 cents per … END_OF_DOCUMENT_TOKEN_TO_BE_REPLACED

Tokyo (CNN) — The Japan Tourism Agency announced on Tuesday, May 17 that it would start allowing small group tours in May as part of a "test tourism" … END_OF_DOCUMENT_TOKEN_TO_BE_REPLACED

If you’re superstitious, today is your day.That's because it's Friday the 13th (the only one of the year, in fact). It's a day when bad juju reigns … END_OF_DOCUMENT_TOKEN_TO_BE_REPLACED