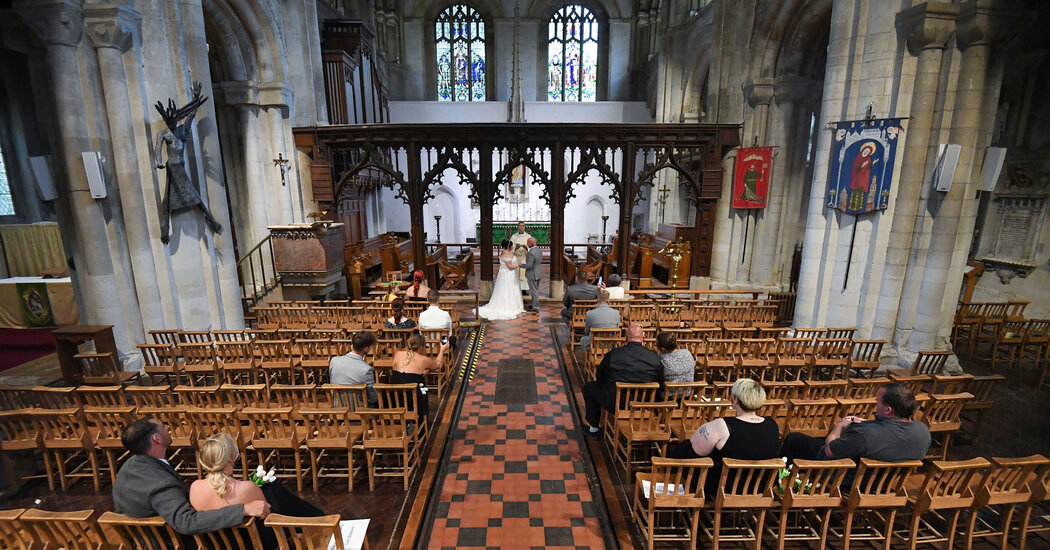 LONDON — Marriage certificates in England and Wales have traditionally left space for the names and professions of just one parent: the fathers of the couple tying the knot.

That changed on Tuesday, with couples now allowed to add mothers’ names to their official marriage record. The change corrects “a historic anomaly” and is part of a larger overhaul of how marriages are registered in the two nations, the British government said. Unions will also now be recorded in a single electronic registry instead of in registry books.

The changes are the biggest to the registration system since the Marriage Act came into effect in 1837, the Home Office said, and they have been in the works for several years. In 2014, David Cameron, then the prime minister, said the system did not reflect “modern Britain” and pledged to make modifications.

But the final stages of legislation to include both parents did not come before Parliament until last month, spurred by a larger bill that passed in 2019. The earlier bill included the changeover to an electronic marriage registry and the extension of the right to civil partnerships to all couples.

witnesses to their marriage to get around the requirements and make sure that they were included on the certificates.

Caroline Criado Perez, a British author and women’s rights activist, said she had refused to get married until the certificates included mothers. “It sat so wrong with me to willingly take part in the erasure of women,” she wrote on Twitter. Others criticized the overhaul as a small and largely meaningless step compared with the other barriers that women face.

reduced the application fee for those looking to legally change their gender in England and Wales from 140 pounds, or about $195, to £5. Activists for L.G.B.T.Q. rights had criticized the cost as a barrier for transgender people looking to officially recognize their gender identity on a certificate.

Almost 6,000 such certificates were granted from 2005 to 2020, though an estimated 200,000 to 500,000 transgender people live in Britain, the Government Equalities Office said, adding that it was also working “at speed” to move the application process online.

If you’ve ever dreamed of a quiet life on a boat in Alaska, this new waterfront listing can help you realize that vision.Of course, there's always … END_OF_DOCUMENT_TOKEN_TO_BE_REPLACED