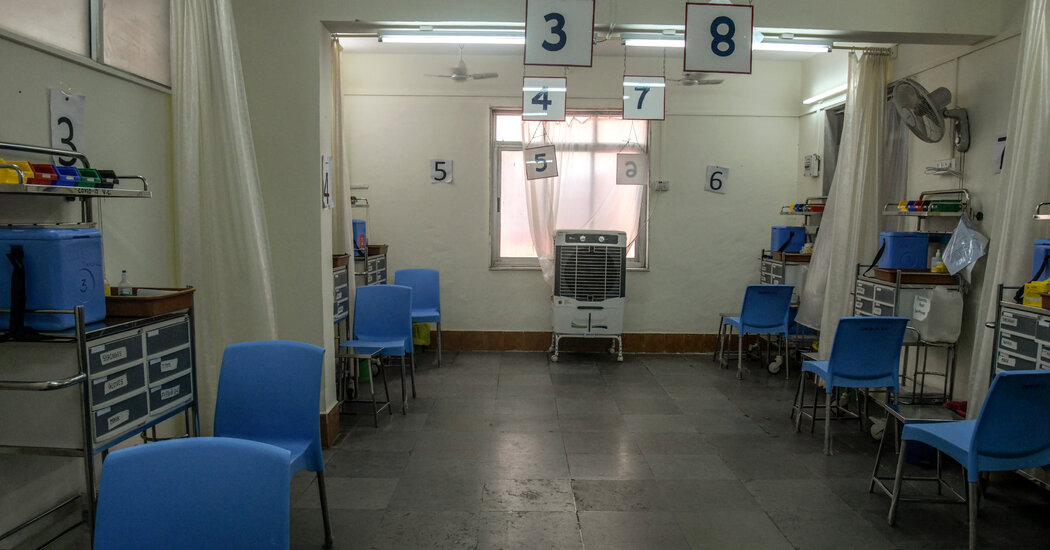 NEW DELHI — India is the world’s leading producer of vaccines, but over the past week it has also been the global leader in Covid-19 deaths, and it is not at all clear that the country can vaccinate itself out of the crisis.

The answer to that question is a matter of urgent interest in India, where a second wave of infection has left a tableau of death and despair, but it may also have big implications for other countries battling the pandemic.

India is a critical supplier in the global effort to vaccinate people against the coronavirus, and its struggles to roll out enough vaccine for its own 1.4 billion people are being closely watched abroad.

In Africa, especially, ripples from the Indian crisis are already being felt.

Health officials on the continent who had been counting on vaccine shipments from India learned just weeks ago that they may not be arriving when expected. India’s prime minister, Narendra Modi, suspended exports of nearly all 2.4 million doses of the AstraZeneca vaccine produced daily by its top vaccine company, the Serum Institute of India.

Dr. Celine Gounder, an infectious disease expert who is a professor at New York University Grossman School of Medicine.

Even if India could somehow solve its vaccine supply problem quickly, Dr. Gounder and others said, it might not help, at least, not in the short term. Vaccines take two weeks for the first dose to have an effect, and require an interval of about four weeks between the first and second dose.

said in an interview published Thursday in the Indian Express newspaper. “While we were all aware of second waves in other countries, we had vaccines at hand, and no indications from modeling exercises suggested the scale of the surge.”

A New York Times database of vaccination progress showed that as of Thursday, about 26 million people — 1.8 percent of India’s population — had been fully vaccinated. That is a better rate than some mostly poor countries where practically no one has been vaccinated, but it is still among the world’s lowest.

In the United States, by contrast, where the government has spent billions of dollars to secure vaccines, the figure is 30 percent. And even in Brazil, where the virus has caused an especially acute health and hunger crisis, 5.9 percent of the population has been fully vaccinated.

Dr. Peter J. Hotez, a molecular virology professor at Baylor College of Medicine in Houston, said one of India’s basic problems is simply not having the supply of vaccine it needs. “They’ve never been scaled before to a level like this,” he said.

The Serum Institute and other vaccine manufacturers in India must now produce hundreds of millions of doses, he said.

could be a significant undercount — its vaccination program was supposed to be a bright spot.

what India needs to inoculate every adult, some 940 million people.

“It is like inviting 100 people at your home for lunch. You have resources to cook for 20.” Dr. Chandrakant Lahariya, an epidemiologist, said on Twitter.

Already, health providers say they are running out of vaccines. Many Indians who have received one shot say they are having trouble getting a second.

“You feel like you are being cheated,” said Aditya Kapoor, a New Delhi businessman who said he had been turned away from two clinics when he went to get his second dose. “We are as vulnerable as we were on Day 1.”

An online portal the government launched on Wednesday to register for shots crashed because of the demand; more than 13 million Indians eventually got appointments.

“The shortage is everywhere,” said Balbir Singh Sidhu, the health minister in Punjab State, which is struggling to obtain the three million doses of the AstraZeneca vaccine that it ordered.

The Indian health ministry denied that there was a supply shortage and said it had tried to accelerate the rollout by allowing private facilities to purchase directly from manufacturers. But critics say the policy could lead to companies raising prices for private buyers.

In New Delhi, Dr. Shaikh said her vaccination center would soon be unable to offer even the 150 doses it has been administering on an average day.

“Just thinking about not being able to help at our vaccination center makes me cry,” she said.

MIAMI--(BUSINESS WIRE)--Intelli Smart Homes, the leading smart home technology company, has been recognized as one of America’s fastest-growing … END_OF_DOCUMENT_TOKEN_TO_BE_REPLACED

Customers outside a Walmart store in Torrance, California, US, on Sunday, May 15, 2022. Walmart Inc. is scheduled to release earnings figures on May … END_OF_DOCUMENT_TOKEN_TO_BE_REPLACED

The past few years have been brutal on homebuyers' budgets. Would-be buyers have been priced out of some of the most desirable neighborhoods thanks to … END_OF_DOCUMENT_TOKEN_TO_BE_REPLACED