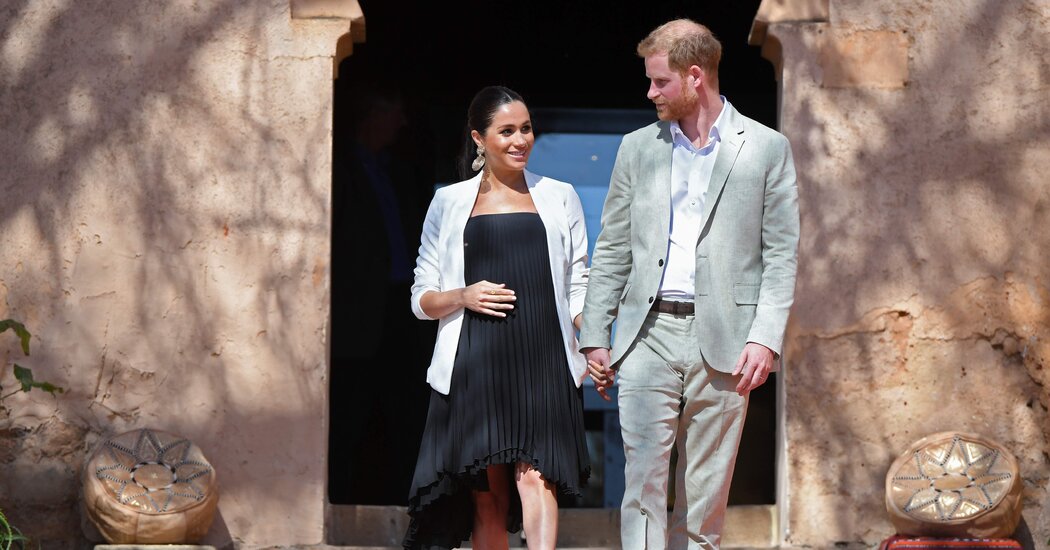 Oprah Winfrey’s interview with Meghan and Harry has clearly become a spark for international discussions about racism and the state of Britain’s royal family. And it has brought new attention to another issue as well.

Meghan’s revelation of her mental anguish during and after her first pregnancy, including thoughts of suicide so significant that she feared being left alone — and that the palace had been a barrier to the help she needed — sounded painfully familiar for many.

The experience of life-threatening pregnancy complications, mental as well as physical, is strikingly common. If it has not happened to you, it has almost certainly happened to someone you care about, though you may not know it.

Twitter was soon filled with people sharing their own stories of depression, anxiety and suicidal thoughts during and after pregnancy.

2017 survey of 1,000 British women, nearly 50 percent of respondents reported experiencing a mental or emotional problem, but half of these had not had this problem identified by a health professional.

Meghan did not say whether she had been diagnosed with peripartum depression or any other condition. But experts increasingly advocate extending specialist care to women who experience serious distress during or after pregnancy, whether or not they fit a specific diagnosis.

“Some researchers have suggested that we should, rather than looking at particular diagnostic categories, refer instead to ‘perinatal distress’ to encompass the complexity of the difficulties experienced at this time,” Dr. Svanberg said.

Discussions of pregnancy and mental health often focus on pregnancy hormones’ effect on mood. But while that is a factor, there is substantial evidence that other stressors play a role as well — so much so that approximately 10 percent of fathers also experience postpartum depression.

four times higher than for white women, and studies have shown that medical workers tend to underestimate Black women’s pain during birth, which can deprive them of the medication and care they need.

The popular image of pregnancy as something happy and straightforward, troubled only by cute problems like wanting to put pickles on ice cream, or brief ones like a painful natural delivery, can mean that those who have more difficult pregnancies can face stigma and dismissal if they ask for help.

“At the root of barriers to maternal mental health care are gender stereotypes that promote the idea that women should be ‘self-sacrificing mothers,’ who ought to prioritize the purported needs of their families and children even over their own survival and well-being,” said Ms. Shah, who has worked on reproductive and maternity rights issues around the globe. “These stereotypes lead to stigmatization of health care for pregnant women or mothers who experience depression or anxiety, rather than only joy or contentment.”

“There is also an assignation of blame, that there must be something wrong in what we are doing if we are not feeling 100 percent,” Dr. Agarwal said. “Women are also made to feel guilty about being frail, overemotional and nervy.”

Although some in the British news media have criticized Meghan for claiming victimhood despite her wealth and privilege, many of those with more firsthand experience saw her story as a sign that these problems could happen to anyone, no matter the circumstances.

Ms. Molyneux said that she was moved to hear Meghan speak so frankly during the interview. “I felt a big wave of relief wash over me to see this incredibly accomplished person admit she’d had mental health struggles,” she said.

“For people who are less privileged than me, women in jobs where it’s less safe to admit you are struggling, they can point to this person who has wealth and privilege — a literal duchess — and say, ‘This isn’t my fault, it can happen to anyone, and I need help.’”

Phil Shell loves the Bay Area and its real estate market. He’s been building his career here as an agent over the past eight years, but even he hasn’t … END_OF_DOCUMENT_TOKEN_TO_BE_REPLACED

DS4 Cross DS The Plug-in hybrid seems the perfect answer to the electric car dilemma; battery power for all your local needs and a traditional motor … END_OF_DOCUMENT_TOKEN_TO_BE_REPLACED