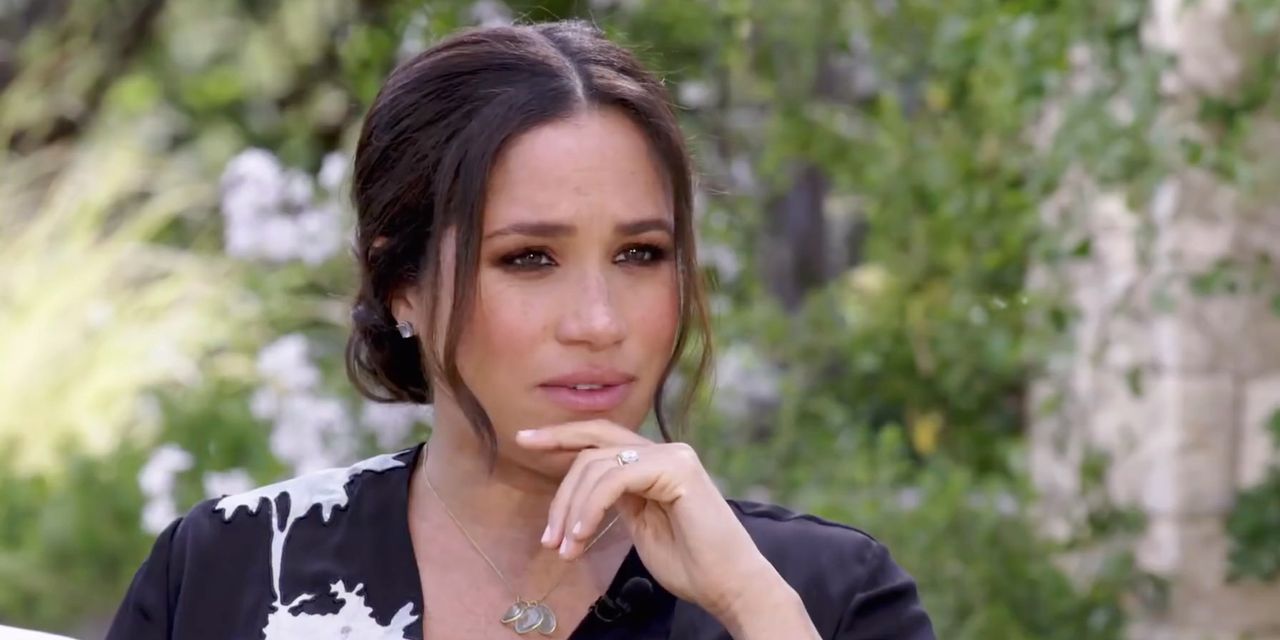 LONDON—An interview by Prince Harry and Meghan Markle, in which the couple said a member of the royal family asked how dark their unborn child’s skin would be, has thrust the British monarchy into the center of an uncomfortable discussion over the role of race in British society.

In a two-hour interview with Oprah Winfrey, Prince Harry and Meghan Markle, known by their titles as the Duke and Duchess of Sussex, said they experienced racism before and after they were married. The conversation stirred questions as to whether the British monarchy and the country they represent have done enough to tackle discrimination against Britons of color. It comes less than a year after Black Lives Matters protests divided British public opinion.

The Duchess of Sussex, who is biracial, said before the birth of her son Archie that there were “concerns and conversations about how dark his skin might be when he’s born” with a member of the royal family. Neither she nor Prince Harry identified the person.

Asked by Ms. Winfrey whether racism drove the couple to relocate from the U.K. to the U.S. last year, Prince Harry replied “it was a large part of it.”

A number of opposition Labour Party lawmakers called for a probe to be launched by the palace into the claims.

“It is bigger in a sense than just the royal family because that experience of racism, I am sad to say, is too prevalent still in 21st century Britain,” said Keir Starmer, the leader of the Labour Party.

Prime Minister Boris Johnson declined to discuss whether palace should launch any investigation and said he “always had the highest admiration for the Queen.”

The interview is a damaging denouement to what was could have been one of the monarchy’s great modernizing acts, say analysts.

The entrance of Ms. Markle, an American actress and divorcee, into the House of Windsor in 2018 could have represented a new chapter in efforts by the monarchy to make it more accessible, a process that started in the wake of Princess Diana’s death in 1997. However within two years the Duke and Duchess of Sussex announced they were quitting as front-line royals and moving to North America. Last month they were stripped of all royal patronages and titles.

“The royal family really blew it on this one. It could have been a PR coup like no other,” said Gregory Claeys, a professor at the University of London. “For the country as a whole it is sending a message that is retrograde and xenophobic.”

The fallout is playing out against the background of last year’s Black Lives Matter protests, which proved deeply divisive in the U.K. as it grappled over whether the country should apologize for its empire and role in the slave trade.

Several statues of prominent people linked to slavery were pulled down in British cities, but Mr. Johnson said statues shouldn’t be removed and Britain shouldn’t “edit or censor our past.”

Polls find that a majority of Britons don’t regard their country as racist—an Ipsos Mori poll last year showed that 89% of Briton would be happy for their child to marry someone from another ethnic group—but Black people in the U.K. feel they aren’t treated equally, according to surveys.

A report commissioned by the U.K. parliamentary human rights committee in the wake of George Floyd’s death found that over 75% of Black Briton don’t believe their human rights are equally protected compared with white people.

Black people represented just 1.5% of managers and senior officials in the U.K., according to research last year by Business in the Community, a members group created by the Prince of Wales.  Around 3% of the British population is Black. Sixty five out of 650 members of Parliament are from ethnic minorities.

“In the U.S. there is history, the conversation is way further down the line” than in the U.K., said Kenny Imafidon, the managing director of ClearView Research, which conducted the polling on behalf of the parliamentary group. The fact that racism is less overt in Britain “can make people believe that those issues don’t exist.”

During his interview with Ms. Winfrey, Prince Harry said that he believed Britain wasn’t a bigoted country, but criticized the British press as such. “Unfortunately if the source of information is inherently corrupt…then that filters out into the rest of society,” he said.

“ ‘In the U.S. there is history, the conversation is way further down the line’ than in the U.K. ”

Soon after the couple started dating in 2016, Kensington Palace made a rare public statement on behalf of Prince Harry asking the press to leave Ms. Markle alone, citing “the racial undertones of comment pieces: the outright sexism and racism of social media trolls.”

Rachel Johnson, who is Prime Minister Boris Johnson’s sister, penned an article referring to Ms. Markle’s “exotic DNA.” The Daily Mail published an article with the headline “Harry’s Girl Is (almost) Straight Outta Compton.” Princess Michael of Kent, who is married to the queen’s cousin, was photographed wearing a blackamoor brooch, with the image of an African servant, to a Christmas lunch with the Queen and the Sussexes. She later apologized.

Members of the British monarchy have repeatedly condemned racism. Some royal watchers said the allegations were unlikely to harm the royal institution. “Behaving badly is perhaps too strong,” Judith Rowbotham, a constitutional expert said of the interview by Prince Harry and Ms. Markle. “They are behaving perhaps unfortunately…it is personal rather than institutional.”

The interview painted the palace as cold and uncaring, doing little to help the Duchess settle into her new role or deal with her mental health problems. It also, unexpectedly, included criticisms of senior members of the British monarchy.

An insightful weekly view of how diversity is changing the landscape of business with new company policies, workplace trends and redefined missions.

The Duchess of Sussex said that Prince William’s wife Kate, the Duchess of Cambridge, made her cry before their wedding over a disagreement about bridesmaid dresses. Prince Harry said that his father briefly stopped taking his calls when negotiating their split from the family and left him feeling “really let down.” Prince Harry added he was “on different paths” to his brother Prince William. The couple, however, took pains not to criticize Queen Elizabeth.

Last week the palace announced an investigation into allegations that the Duchess of Sussex bullied aides while she worked there. The Duchess denied the allegation.

It wasn’t clear whether the palace would launch a probe into the racism allegations. Some expressed concern at double standards. “Now that Meghan has revealed comments about her child’s skin color, will they investigate racism in the palace? I won’t be holding my breath,” said opposition Labour lawmaker Nadia Whittome in a tweet.

Mr. Williamson attended the London School of Economics, graduating with a degree in economics in 1951. After completing two years of compulsory … END_OF_DOCUMENT_TOKEN_TO_BE_REPLACED