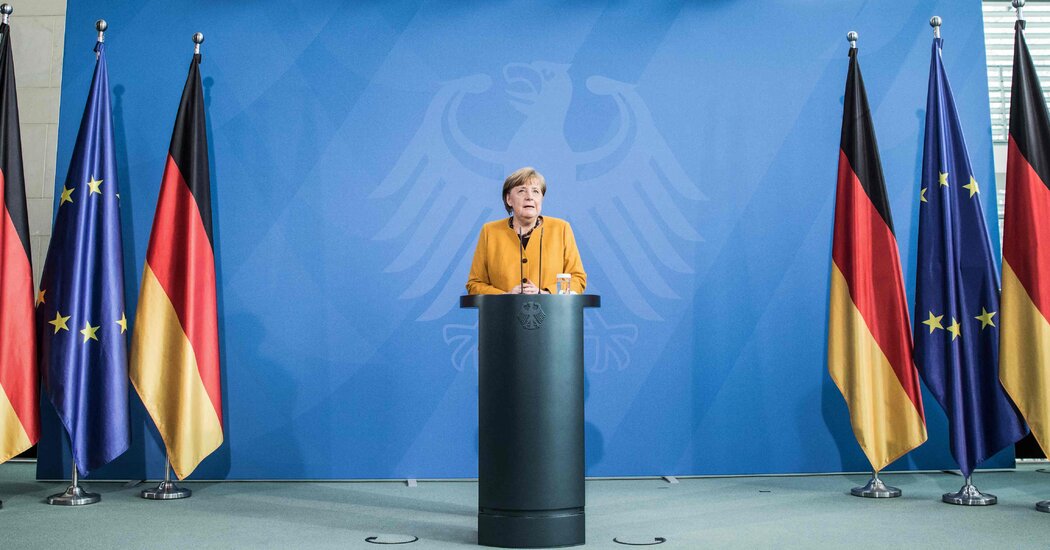 BERLIN — Chancellor Angela Merkel scrapped an unpopular plan on Wednesday to shut down the German economy for two extra days over the Easter holidays, reversing her own policy as her government faces widespread anger over its chaotic moves to combat a resurgence of the coronavirus.

Her about-face came less than 36 hours after she had proposed declaring April 1 and 3 “off days,” to effectively extend the country’s Easter vacation to five consecutive days in hopes of halting a recent spike in infections.

The suggestion — made after nearly 12 hours of deliberations between Ms. Merkel and the leaders of Germany’s 16 states that dragged into the early hours of Tuesday — was met with an almost immediate backlash, including sharp criticism from opposition politicians and a flood of complaints from a public worn out by a seemingly endless roller coaster of lockdowns and reopenings.

“It was a mistake,” the chancellor said, adding that the suggestion had been made with the best of intentions, aimed at slowing the B.1.1.7 variant, first discovered in Britain, which has been spreading through Germany. That spread has been aided by a sluggish vaccine rollout: Barely 10 percent of German adults have received their first shot, nearly three months after a vaccine developed by a German start-up, BioNTech, became the first in the world to receive approval.

cleared it for use.

Yet despite the confusion created by the suggestion of extending the holidays, some acknowledged that simply going back on the plan would do little to help the country slow the spread of the coronavirus. Germany saw 15,813 new infections on Wednesday, continuing a sharp rise over recent weeks.

“Instead of more protection against the third wave, we now have less!” said Janosch Dahmen, a medical doctor who serves as a lawmaker for the Greens, said on Twitter. “The extended break over Easter is now off the table. Even if it was half-baked, today’s decision made fight against the virus worse, even though it tried to make it better.”

In other news around the world:

MIAMI--(BUSINESS WIRE)--Intelli Smart Homes, the leading smart home technology company, has been recognized as one of America’s fastest-growing … END_OF_DOCUMENT_TOKEN_TO_BE_REPLACED

Customers outside a Walmart store in Torrance, California, US, on Sunday, May 15, 2022. Walmart Inc. is scheduled to release earnings figures on May … END_OF_DOCUMENT_TOKEN_TO_BE_REPLACED

The past few years have been brutal on homebuyers' budgets. Would-be buyers have been priced out of some of the most desirable neighborhoods thanks to … END_OF_DOCUMENT_TOKEN_TO_BE_REPLACED