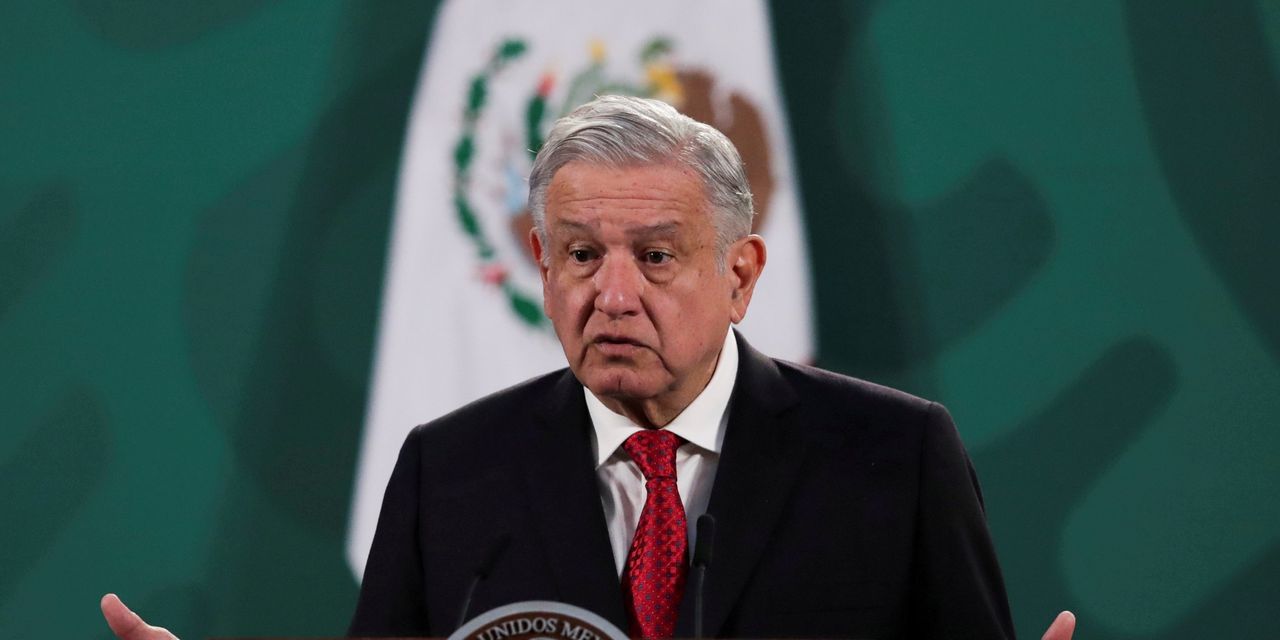 MEXICO CITY—Mexican President Andrés Manuel López Obrador sent to Congress a bill that aims to boost the state’s role in the fuels market, including the possibility of taking over operations run by private businesses, the latest effort to curtail the opening of Mexico’s energy industry to foreign investors.

Mr. López Obrador has clashed with the judiciary and the private sector as he intensified actions to alter the ambitious overhaul carried out under his predecessor. He has said such a change was aimed at destroying emblematic state-owned firms such as the electric utility CFE and the oil company Petróleos Mexicanos.

The bill, submitted late Friday to the lower house, seeks changes in the hydrocarbons law that would allow authorities to suspend private permits and intervene temporarily in the event of an “imminent threat to national security, energy security, or the national economy.”

The proposal makes clear that Mr. López Obrador, who equates state control of energy with national sovereignty, wants to boost the position of the state companies.

Mexico in 2016 opened fuel imports, storage and distribution to private investors, lifted foreign ownership restrictions for service stations and allowed the sale of gasoline brands other than Pemex for the first time in almost eight decades.

The poshest place in California's Coachella Valley is The Madison Club. This exclusive gated community in La Quinta is where A-listers and tycoons … END_OF_DOCUMENT_TOKEN_TO_BE_REPLACED

KOROPY, Ukraine — Four men tugged at long strips of fabric to lift a coffin out of the gaping hole in the backyard of a small house. They flung the … END_OF_DOCUMENT_TOKEN_TO_BE_REPLACED