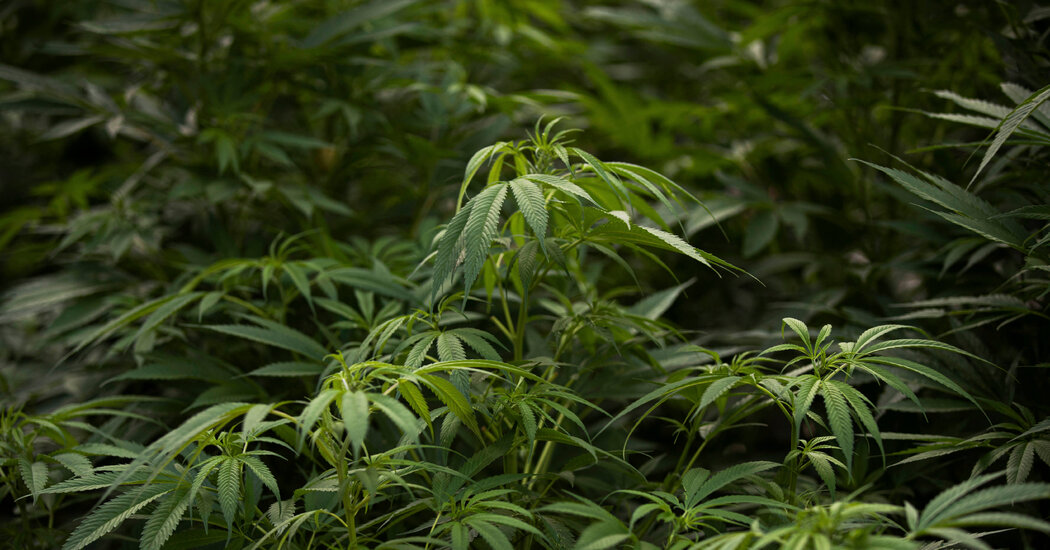 MEXICO CITY — Lawmakers in Mexico approved a bill Wednesday night to legalize recreational marijuana, a milestone for the country, which is in the throes of a drug war and could become the world’s largest cannabis market, leaving the United States between two pot-selling neighbors.

The chamber approved the bill in general terms Wednesday evening before moving on to a lengthy discussion of possible revisions introduced by individual lawmakers. In its final form, though, the measure is widely expected to sail through the Senate before being sent to President Andrés Manuel López Obrador, who has signaled support for legalization.

The measure, as of Wednesday night, would allow adults to smoke marijuana and, with a permit, grow a small number of cannabis plants at home. It would also grant licenses for producers — from small farmers to commercial growers — to cultivate and sell the crop.

promised to scrap federal prohibition of the drug this year.

For “Mexico, given its size and its worldwide reputation for being damaged by the drug war, to take this step is enormously significant,” said John Walsh, director of drug policy for the Washington Office on Latin America, a U.S. advocacy group. “North America is heading toward legalization.”

according to recent polling.

the Council on Foreign Relations.

Legalization “is an important step toward building peace in a country like ours, where for at least a decade or more, we’ve been immersed in an absurd war,” said Lucía Riojas Martínez, a Mexican congresswoman who made headlines in 2019 when she gave a rolled joint to the country’s interior minister, Olga Sánchez Cordero, after delivering a speech in Congress.

“But this bill falls short of achieving that,” she added.

published rules in January covering the growing and research of medicinal cannabis.

Local advocates say the restrictions on possession will limit the bill’s impact, particularly for low-income consumers, who may fall prey to extortion from the police, a regular occurrence in Mexico.

“We live in a country where corruption and extortion is the norm,” said Zara Snapp, co-founder of the RIA Institute, a Mexico-city based drug policy research and advocacy group.

Still, for many proponents in Mexico, approving the bill is a notable step in the long journey toward full legalization.

“It’s like when you’re running a marathon and you haven’t started — running the first meter helps to start the discussion,” said Mr. Sánchez, the marijuana businessman. “It means firing the starting gun, even if we still have 42 kilometers left to go.”

NEW YORK--(BUSINESS WIRE)--Stake, which provides Cash Back and banking services to renters, announced today the completion of its $12 million Series A … END_OF_DOCUMENT_TOKEN_TO_BE_REPLACED

The Sacramento home where Ronald and Nancy Reagan lived during his tenure as governor of California has hit the market for $5 million.Built in 1929, … END_OF_DOCUMENT_TOKEN_TO_BE_REPLACED