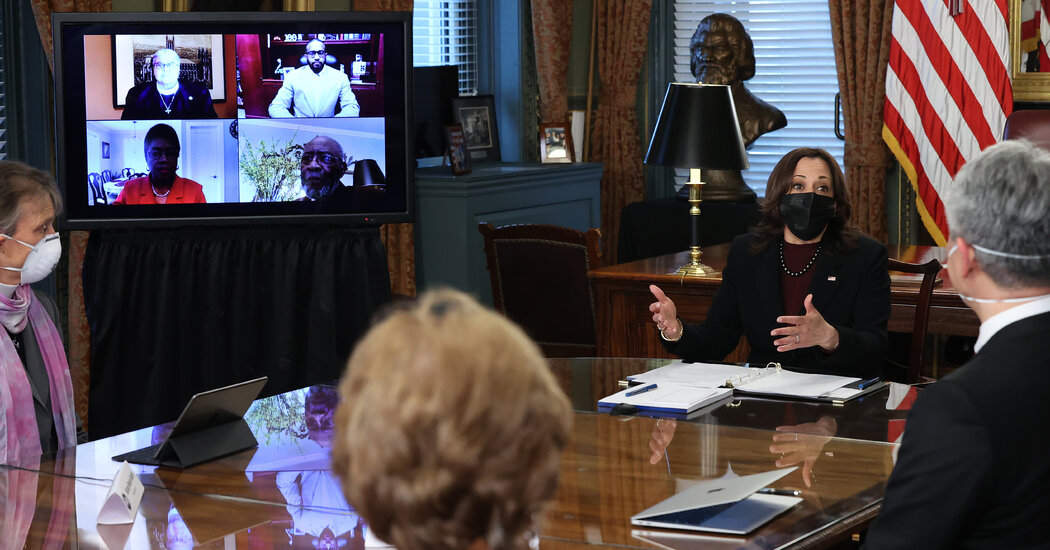 Across white evangelical America, reasons not to get vaccinated have spread quickly.

The deeply held spiritual convictions or counterfactual arguments may vary, but the opposition is rooted in a mix of religious faith and a longstanding wariness of mainstream science, and it is fueled by broader cultural distrust of institutions and gravitation to online conspiracy theories.

The sheer size of the community poses a major problem for the country’s ability to recover from a pandemic that has resulted in the deaths of half a million Americans.

There are about 41 million white evangelical adults in the United States. About 45 percent said in late February that they would not get vaccinated against Covid-19, making them among the least likely demographic groups to do so, according to the Pew Research Center.

As vaccines become more widely available, and as more contagious virus variants develop, the problem takes on new urgency. Significant numbers of Americans generally are resistant to getting vaccinated, but white evangelicals present unique challenges because of their complex web of moral, medical and political objections. The challenge is further complicated by longstanding distrust between evangelicals and the scientific community.

No clear data is available about vaccine hesitancy among evangelicals of other racial groups. But religious reasoning often spreads beyond white churches.

Many high-profile conservative pastors and institutional leaders have endorsed the vaccines. Franklin Graham told his 9.6 million Facebook followers that Jesus would advocate vaccination.

But other influential voices in the sprawling, trans-denominational movement, especially those who have gained their stature through media fame, have sown fears. Gene Bailey, the host of a prophecy-focused talk show on the Victory Channel, warned his audience in March that the government and “globalist entities” would “use bayonets and prisons to force a needle into your arm.”

Dr. Simone Gold, a prominent Covid-19 skeptic who was charged with violent entry and disorderly conduct in the Jan. 6 Capitol siege, told an evangelical congregation in Florida that they were in danger of being “coerced into taking an experimental biological agent.”

One widespread concern among evangelicals is the vaccines’ ties to abortion. In reality, the connection is remote: Some of the vaccines were developed and tested using cells derived from the fetal tissue of elective abortions that took place decades ago.

The vaccines do not include fetal tissue, and no additional abortions are required to manufacture them. Still, the kernel of a connection has metastasized online into false rumors about human remains or fetal DNA being an ingredient in the vaccines.

Some evangelicals see the vaccine as a redemptive outcome for the original aborted fetus.

Dr. Julie Morita, the executive vice president of the Robert Wood Johnson Foundation and a former Chicago public health commissioner, said the method to reach white evangelicals is similar to building vaccine confidence in other groups: Listen to their concerns and questions, and then provide information that they can understand from people they trust.

But a public education campaign alone may not be enough.

AUSTIN, Texas--(BUSINESS WIRE)--As the first multifamily management company to be recognized in the Public Relations and Marketing Excellence Awards, … END_OF_DOCUMENT_TOKEN_TO_BE_REPLACED

There have been whispers of cooling housing and rental prices in the San Francisco Bay Area, but that hasn't yet translated into practical, noticeable … END_OF_DOCUMENT_TOKEN_TO_BE_REPLACED

Cars pass in Independence Square at twilight in Kyiv, Ukraine, Monday, Oct. 31, 2022. Rolling ... [+] blackouts are increasing across Ukraine as the … END_OF_DOCUMENT_TOKEN_TO_BE_REPLACED