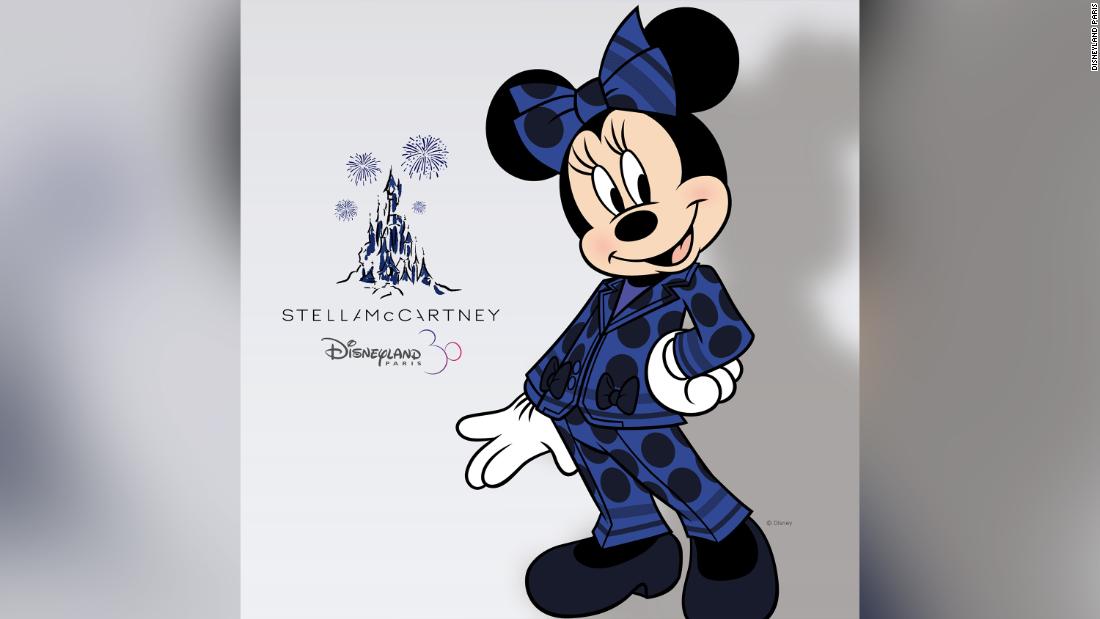 For the first time in her nearly century-long life, Minnie Mouse will add a pantsuit to her wardrobe. And it won’t be just any old pair of tailored slacks, but an iconic silhouette from British fashion designer Stella McCartney.

Though a sneak peek of Minnie’s new sartorial statement hit the internet early, her full makeover will be unveiled in March to commemorate two different dates: International Women’s Day and the 30th anniversary of Disneyland Paris. A press statement about the project said McCartney was chosen to create the look because of “her legacy of female leadership,” as well as her commitment to sustainability.

“Minnie has always had a special place in my heart,” McCartney said in a press video shared with CNN. “We share the same values, and what I love about Minnie is that she personifies happiness, self-expression, authenticity…plus she has such great style.”

Pantsuits are a staple in female leaders’ wardrobes, with politicians including former German Chancellor Angela Merkel, former US Secretary of State Hillary Clinton and US Vice President Kamala Harris each having their own recognizable take on the style. Clinton caused a stir in 2004 when her official White House portrait was unveiled three years after the Clinton administration ended, showing her in a midnight black suit — a first for a first lady’s portrait.

Minnie’s own statement-making ensemble is a bespoke blue tuxedo with black polka dots and matching bow, and it’s made with “responsibly sourced fabrics,” McCartney explained in the video. She hopes the new look will make Minnie “a symbol of progress and empowerment for a new generation.”

Minnie ditching her famed red dress comes on the heels of news that the green M&M has traded her white go-go boots for comfortable sneakers. And while a fictional female character finally getting a new outfit might not seem like a divisive topic (Mickey has been granted a little more flexibility over the years, including wizard’s robes), the Minnie announcement has been met with mixed feedback, including a critical segment on Fox News featuring host Jesse Watters and Candace Owens.

“They’re making her more masculine,” Owens said on “Jesse Watters Primetime,” adding that Minnie Mouse in pants is an attempt to “destroy fabrics of our society.”

Internet users, however, have pointed out that this is not Minnie’s first time foregoing her dress. In 2019, Disney Cruise Line debuted Captain Minnie in a red and white maritime uniform with pants — both as an inspirational outfit for young girls and, presumably, a practical one to be out at sea.

For this International Women’s Day, the collaboration with McCartney will also include a limited T-shirt collection — featuring Minnie with the phrase “Divine Feminine” — which will appear on the runway at the March 7 Stella McCartney Winter 2022 show and be available for purchase the following day.

The Bay Area is the last place in the U.S. with rental prices below pre-pandemic levels, according to a new report from Apartment List. That seems … END_OF_DOCUMENT_TOKEN_TO_BE_REPLACED

BUCHA, Ukraine — A breeze rustles through the cherry blossoms in bloom on almost every block in this small city, the white petals fluttering onto … END_OF_DOCUMENT_TOKEN_TO_BE_REPLACED